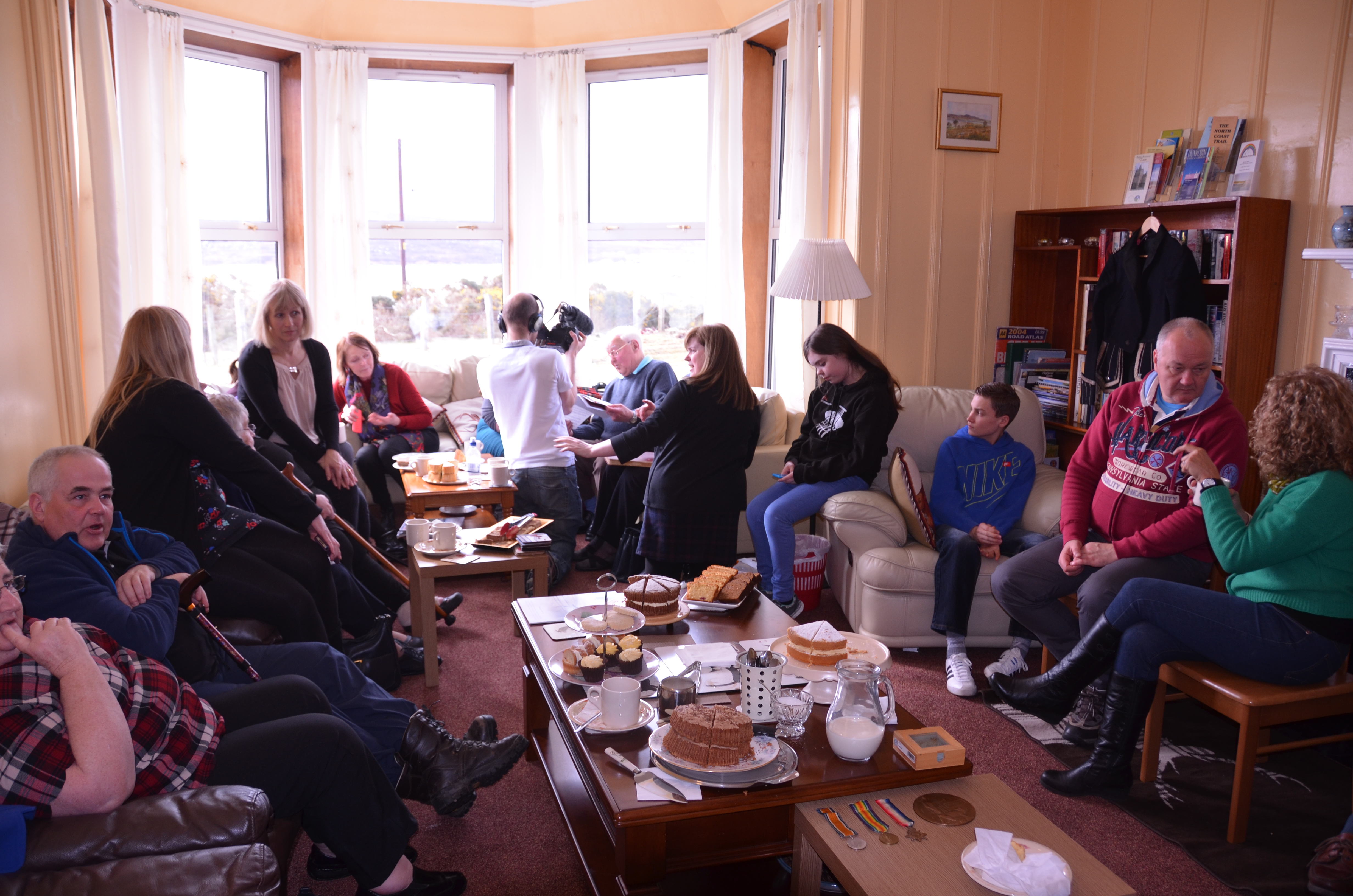 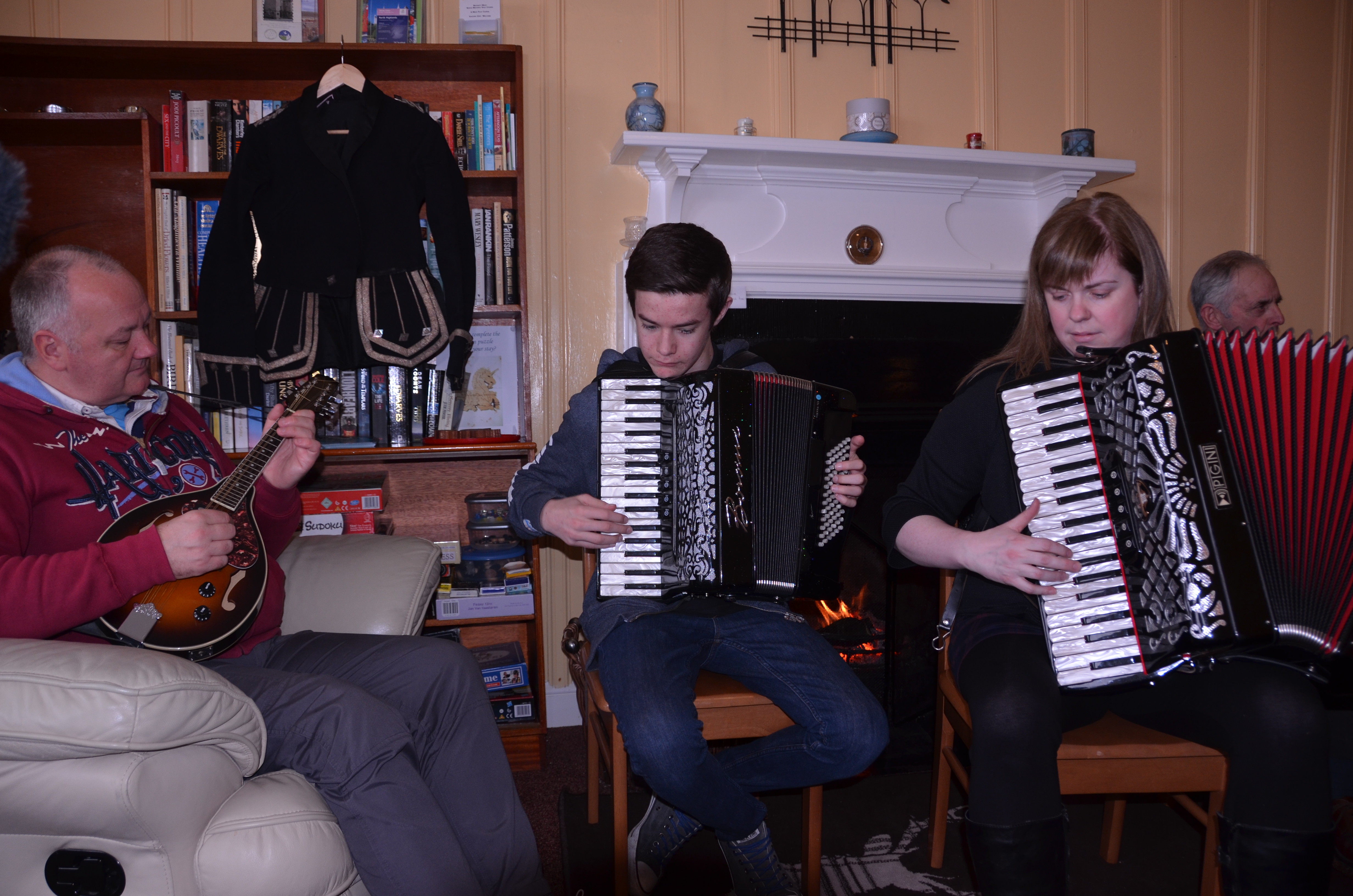 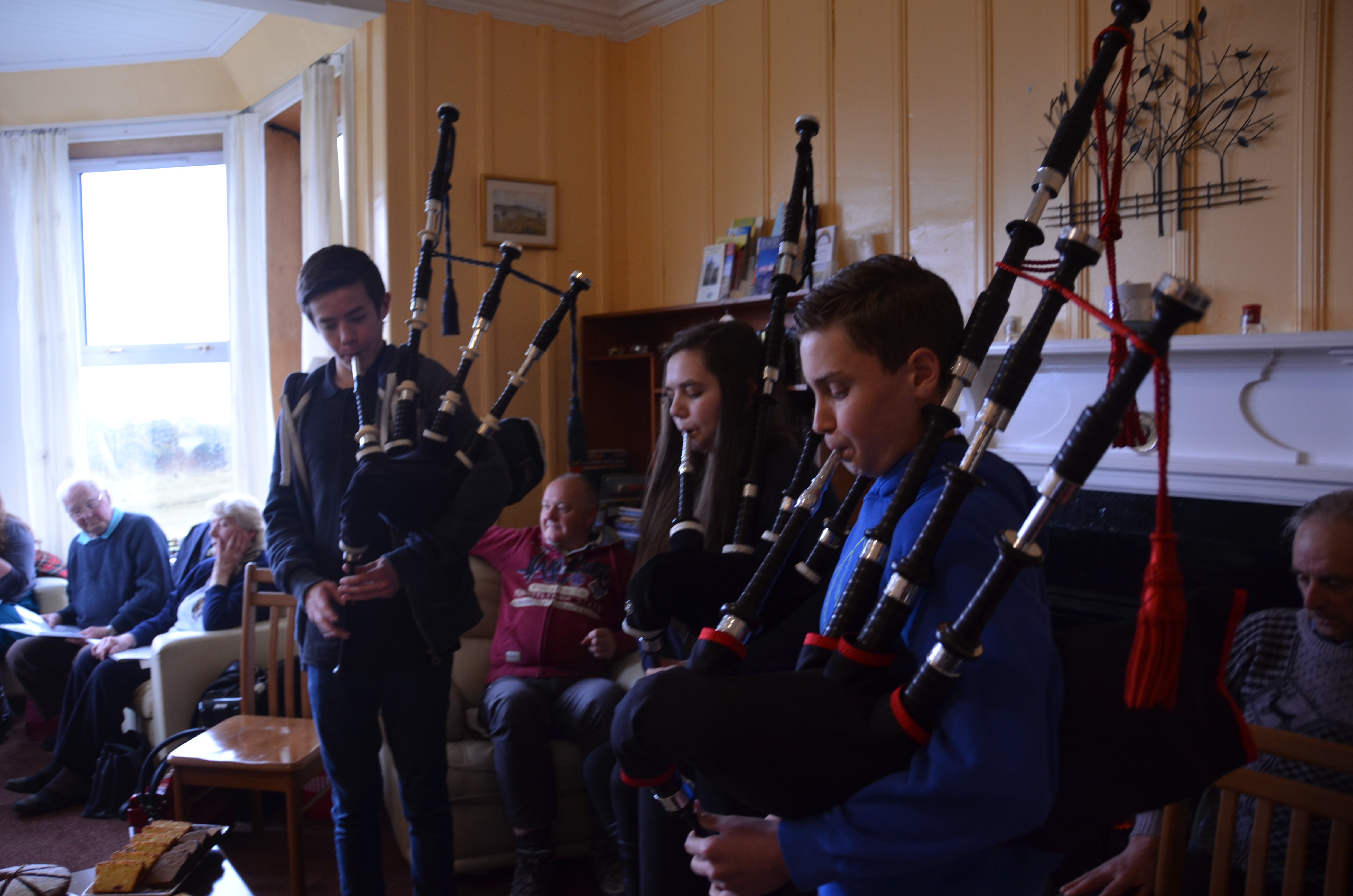 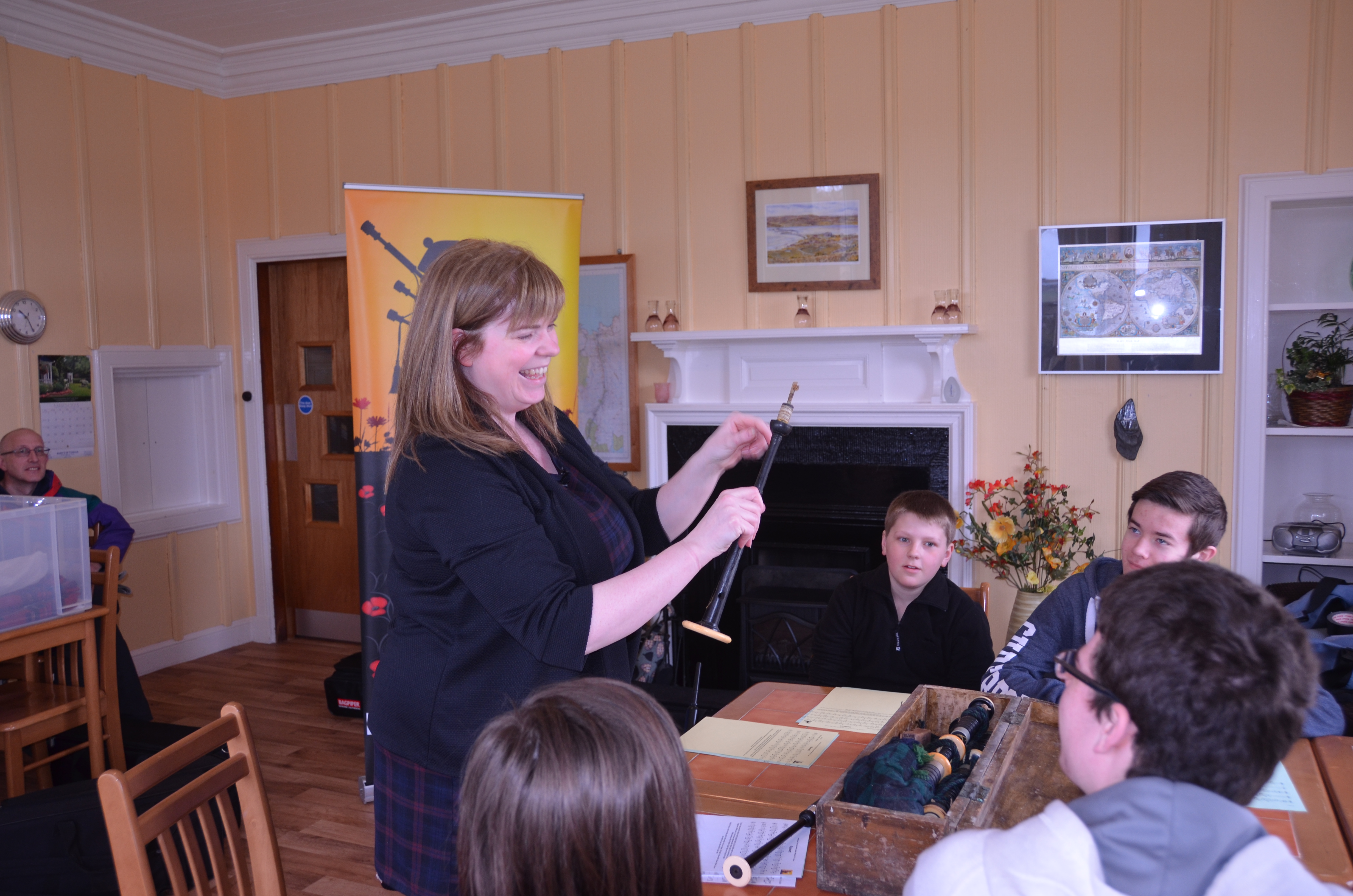 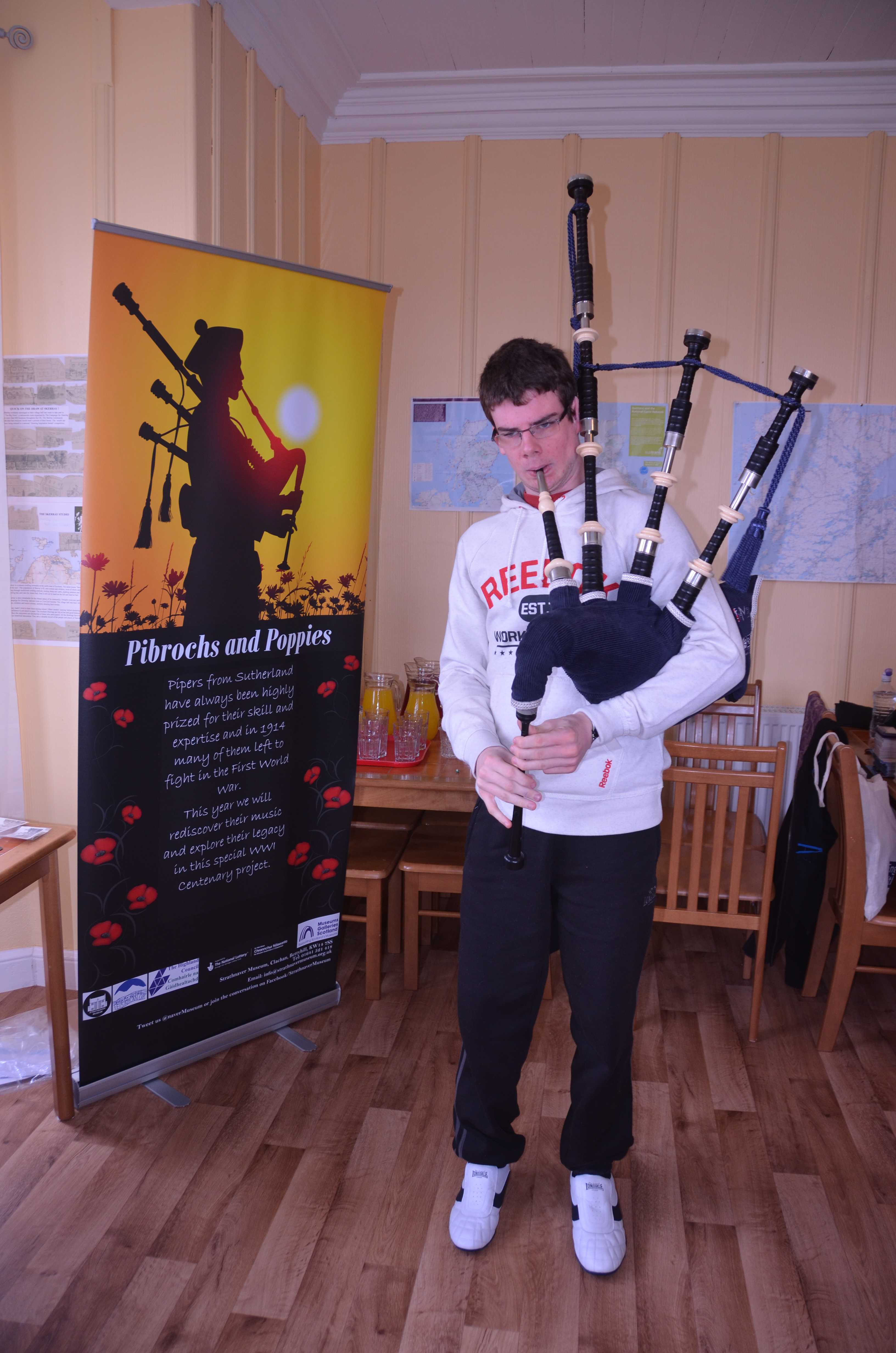 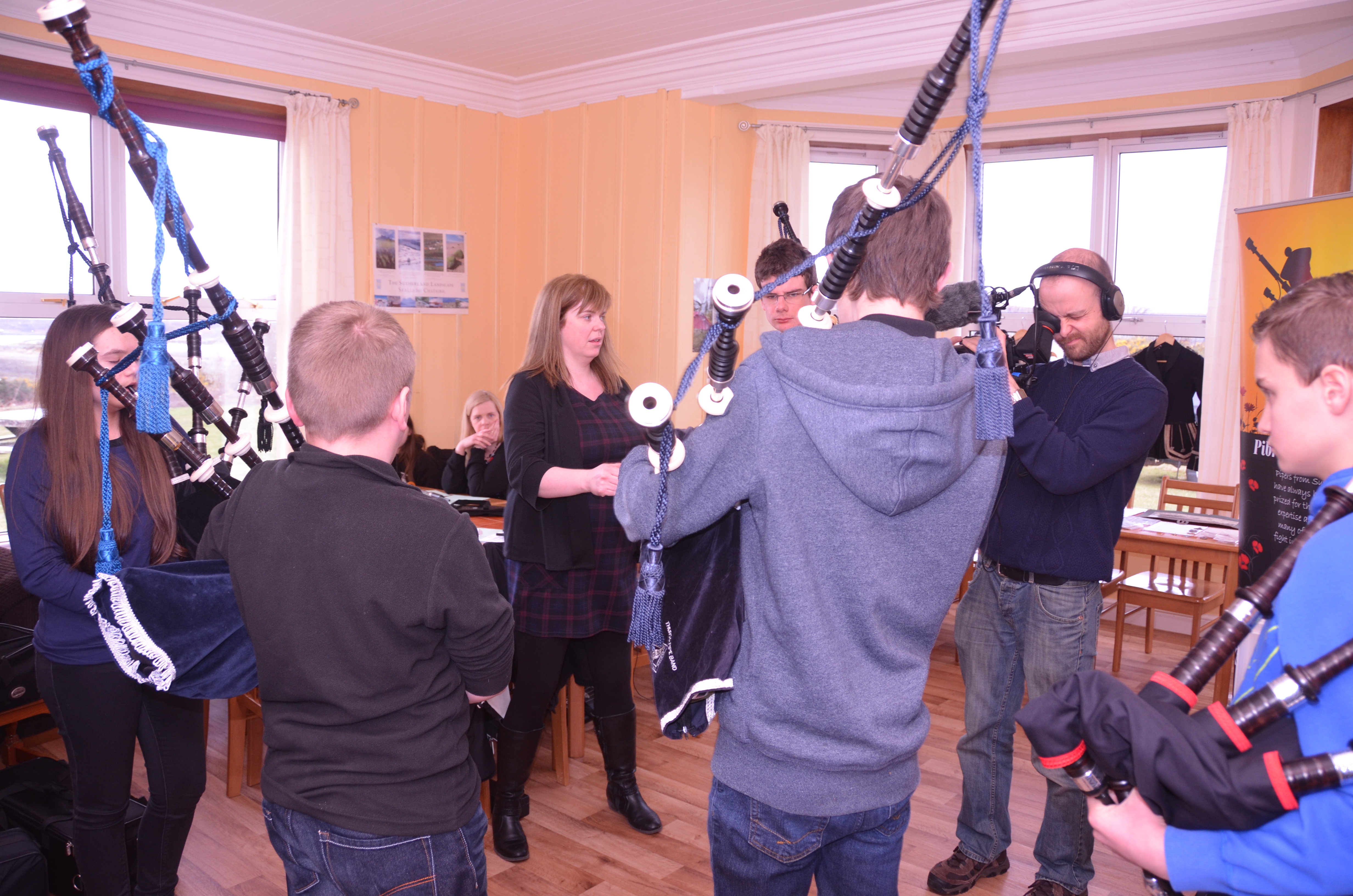 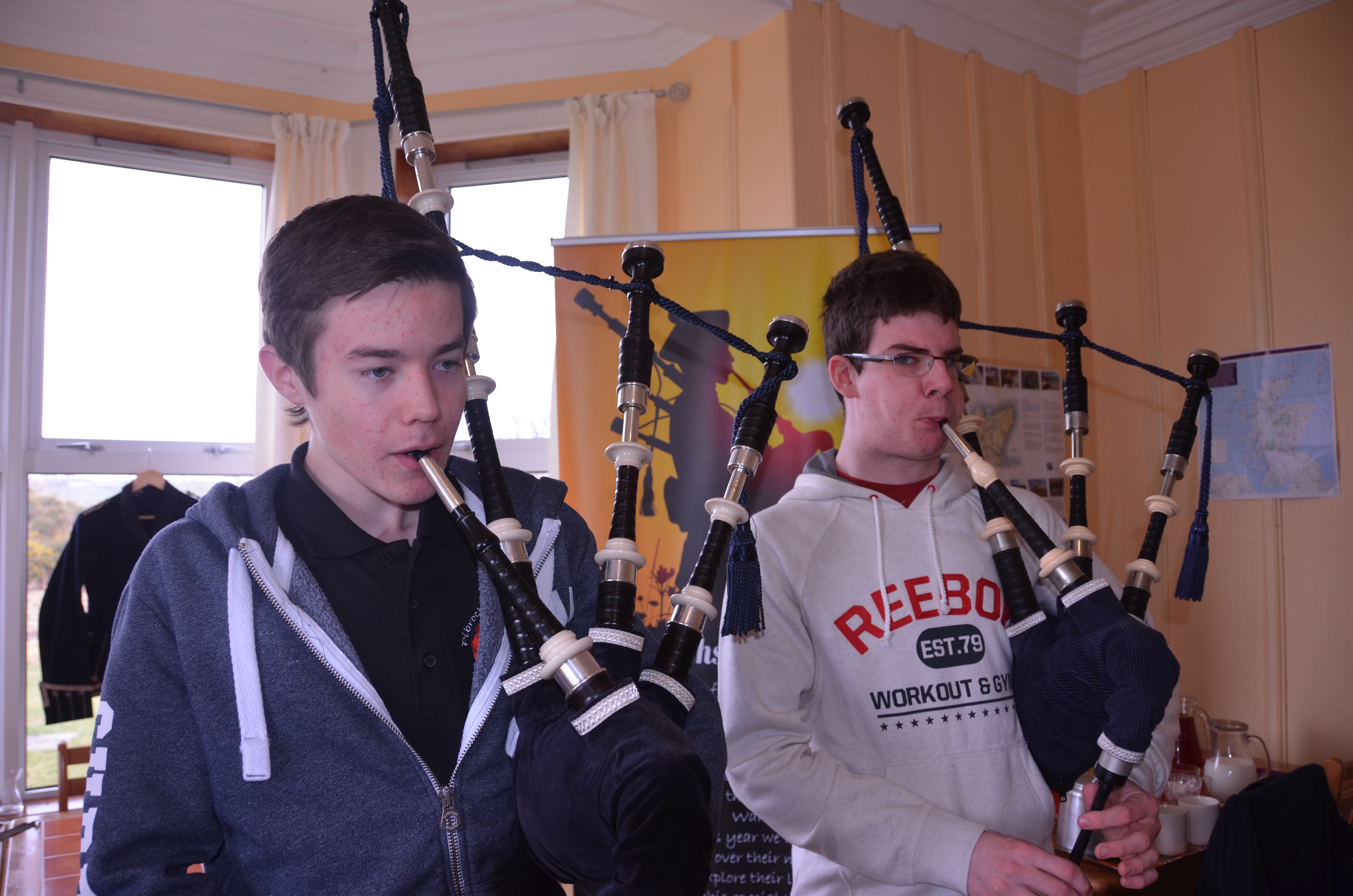 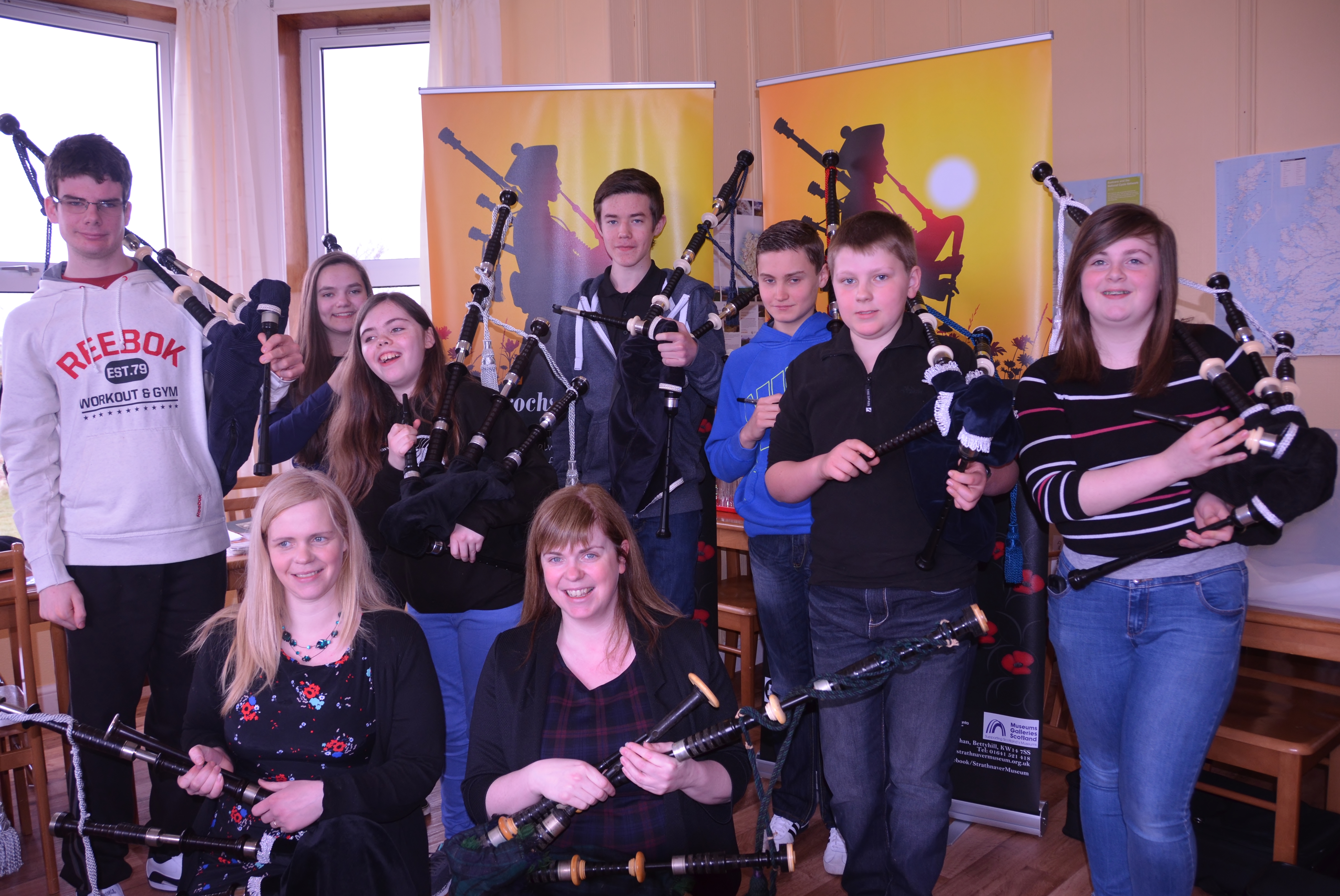 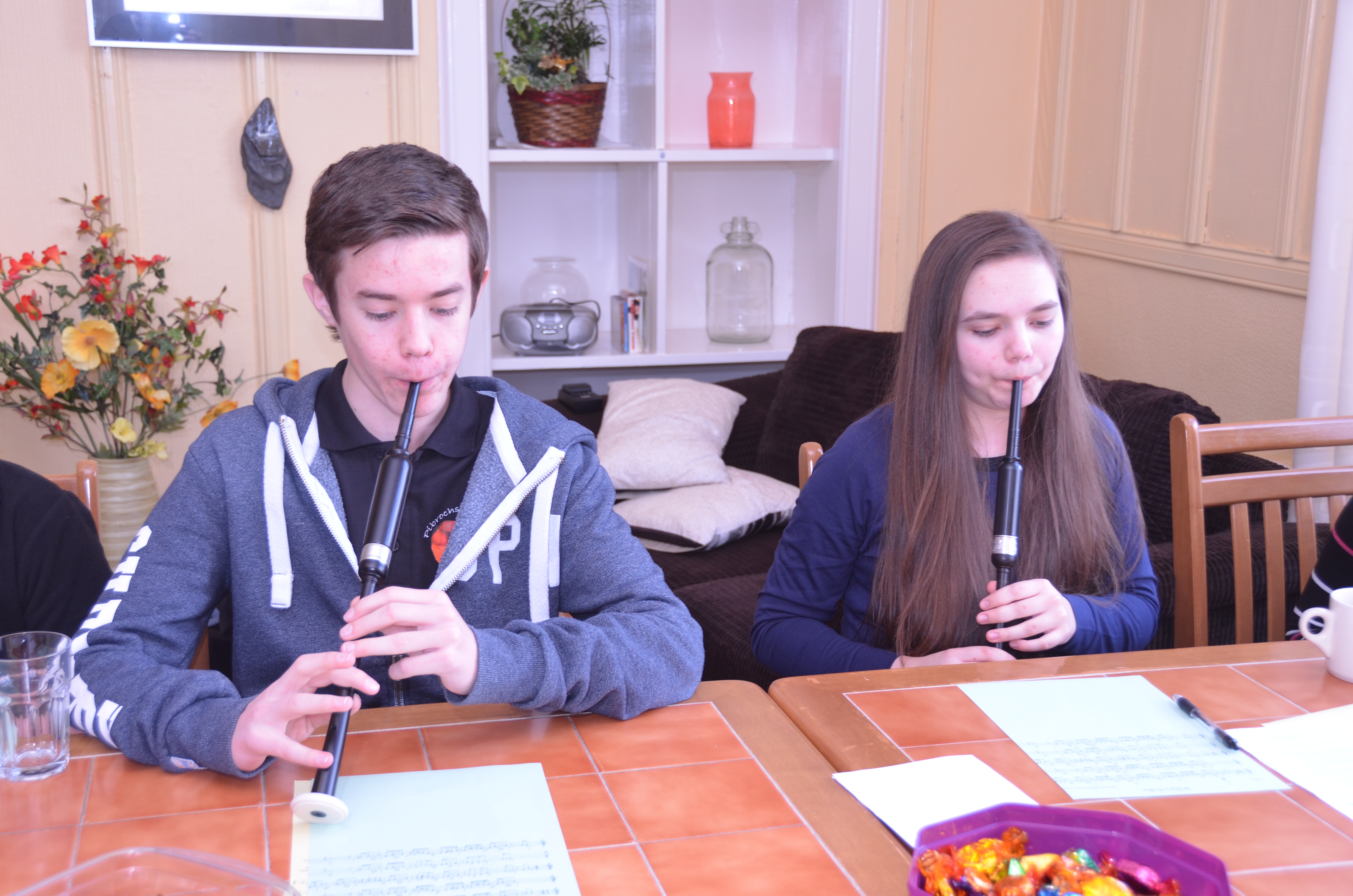 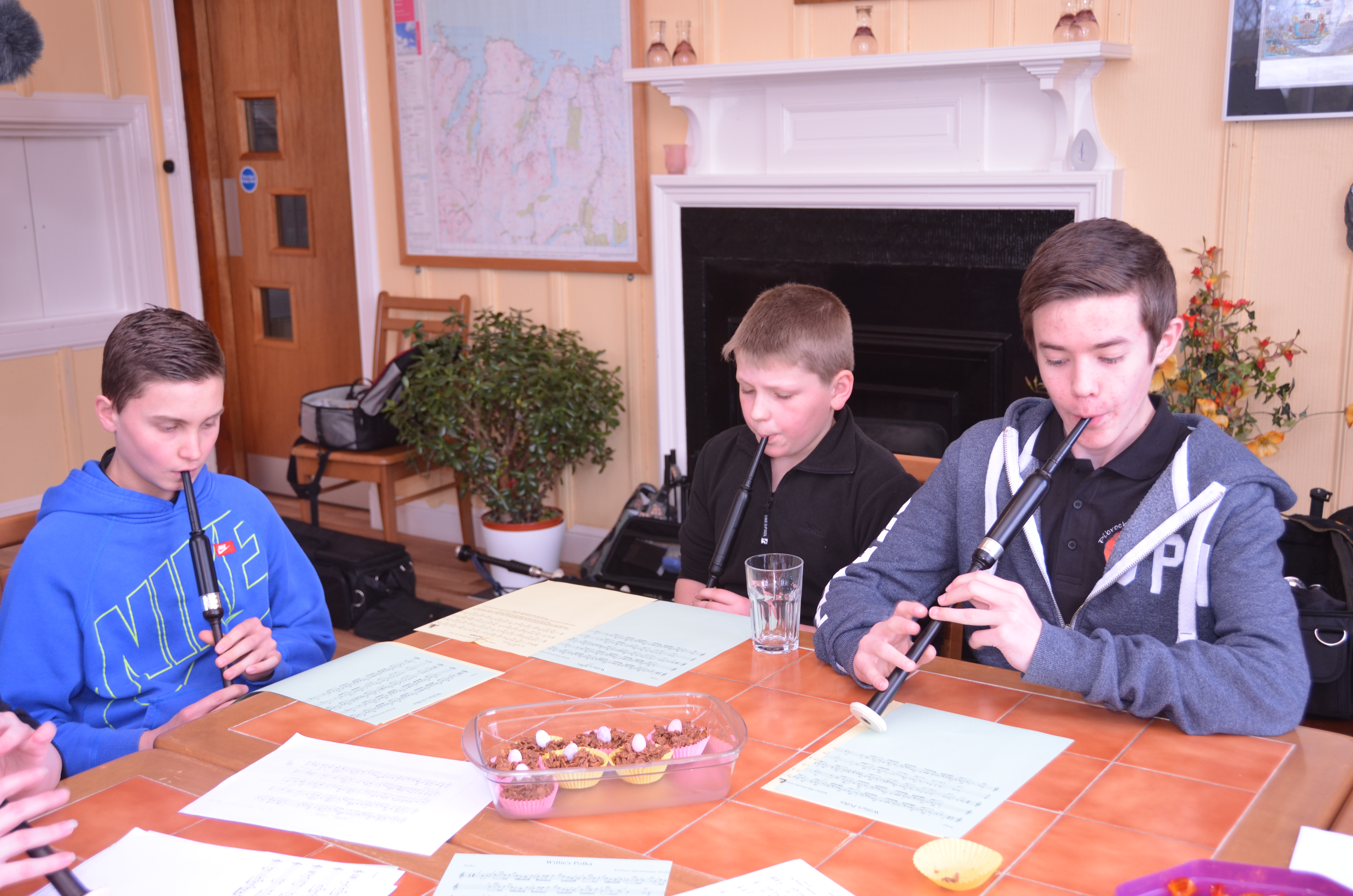 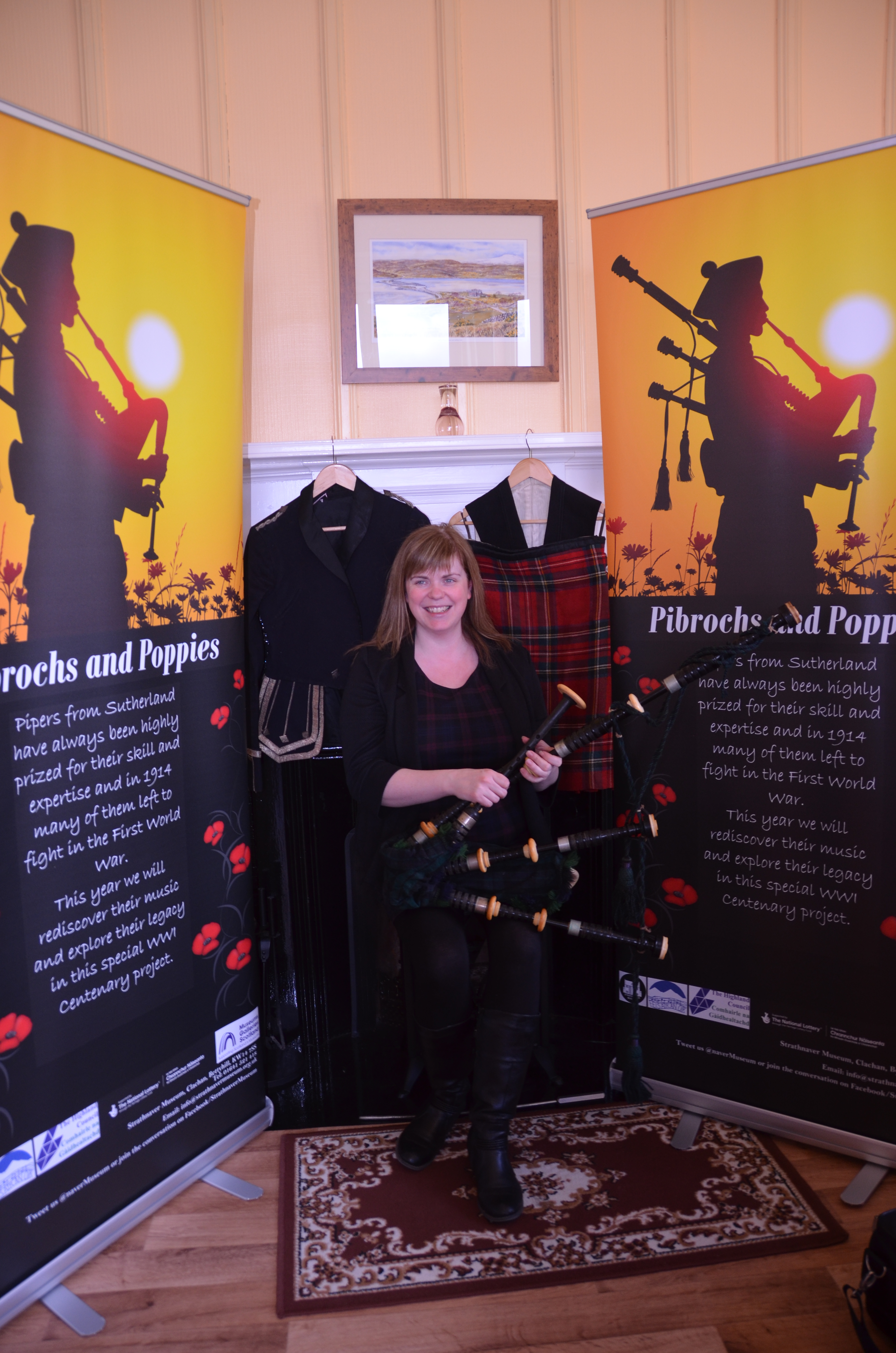 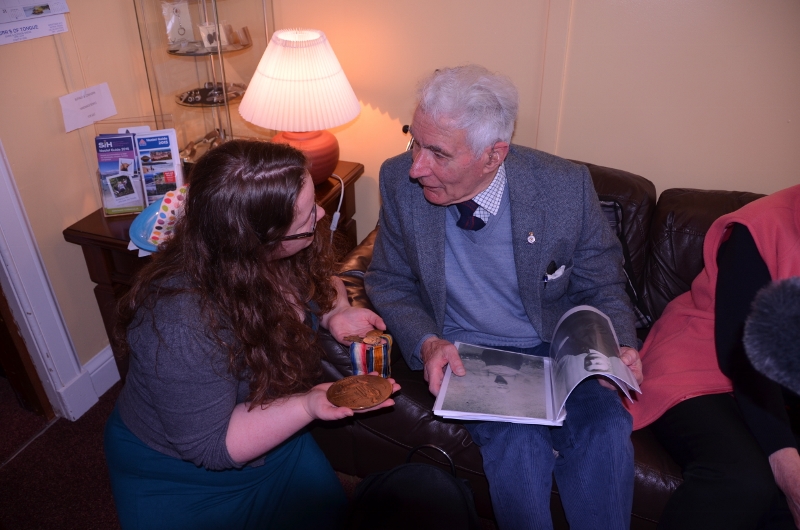 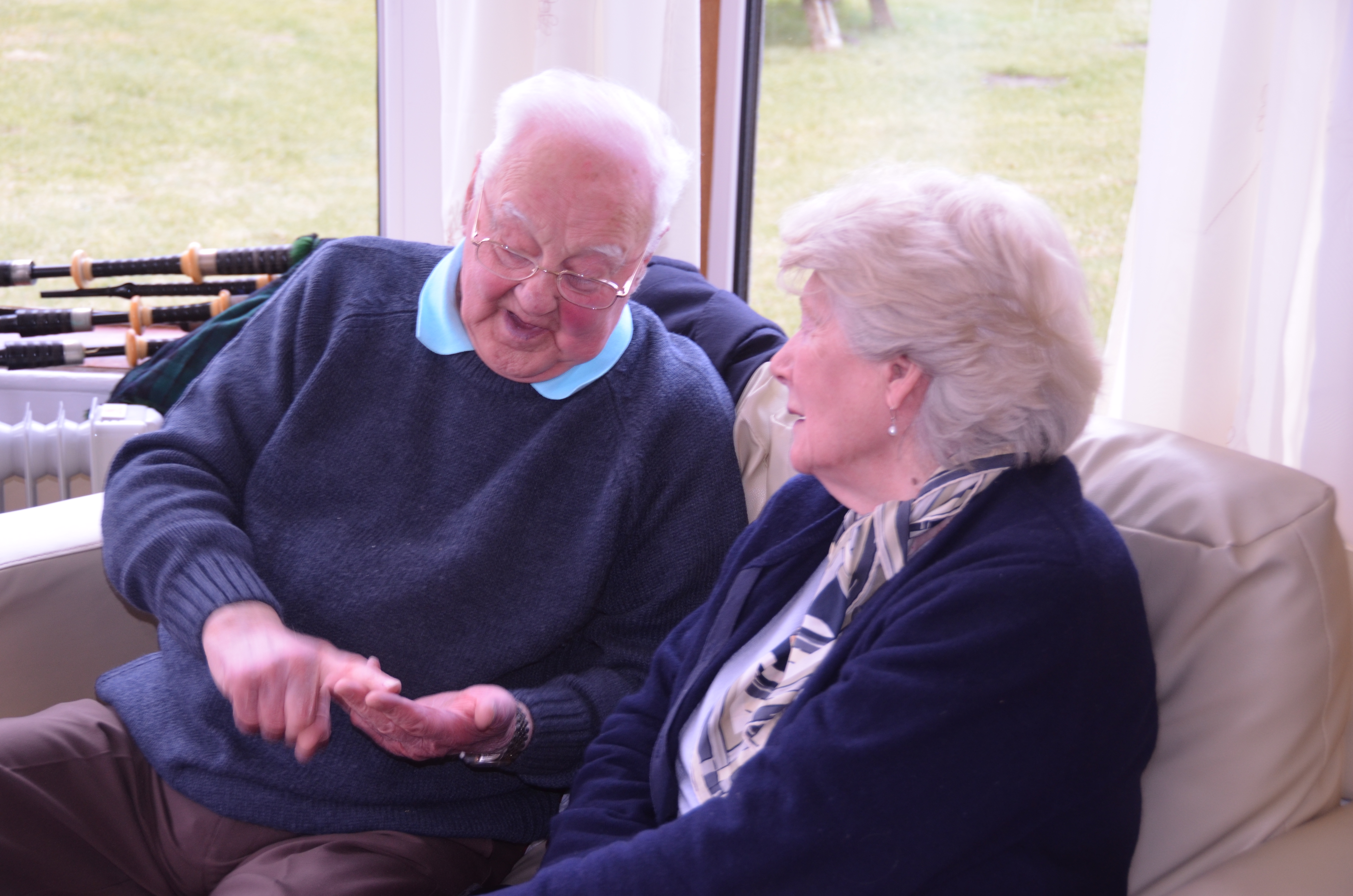 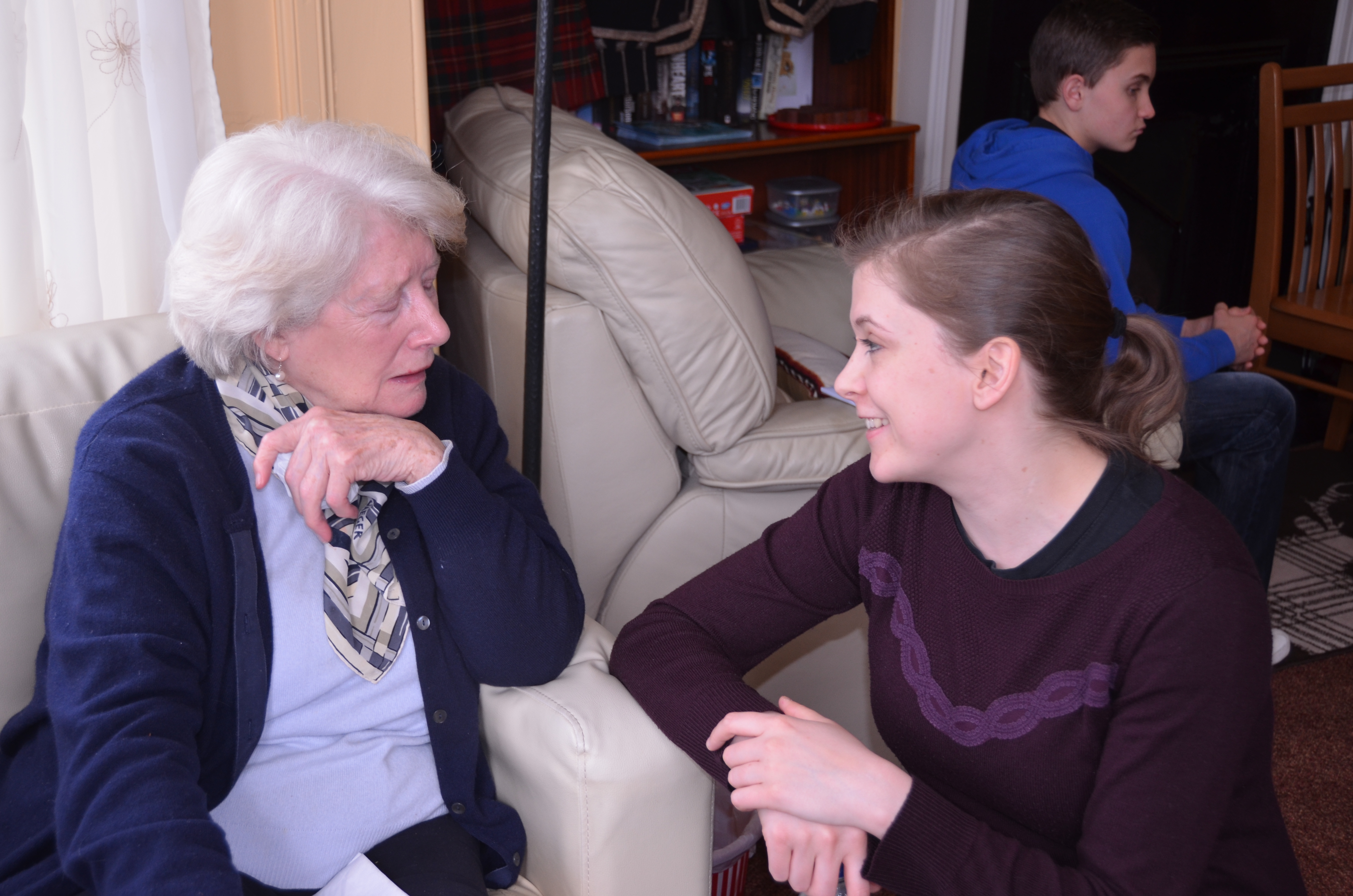 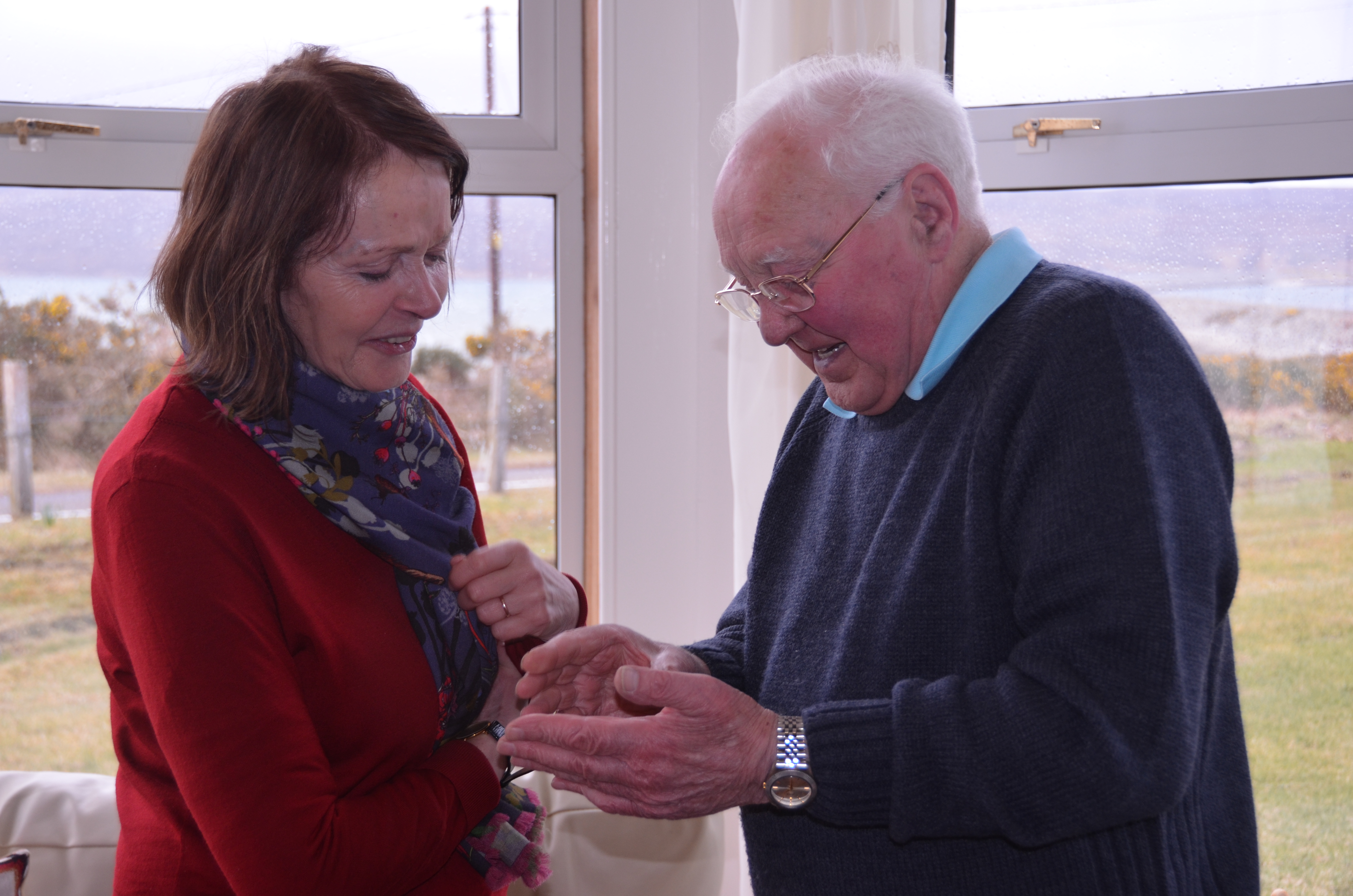 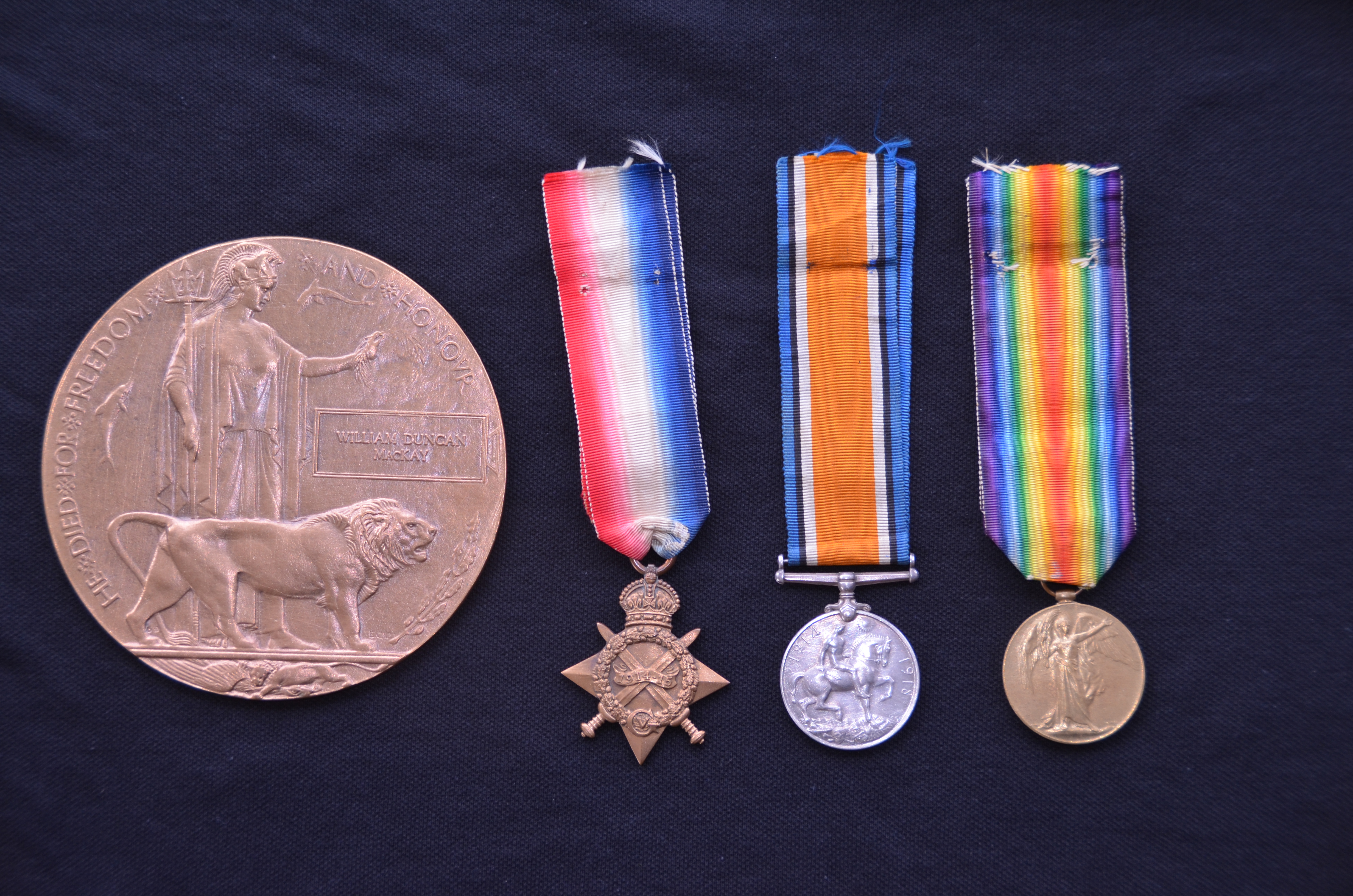 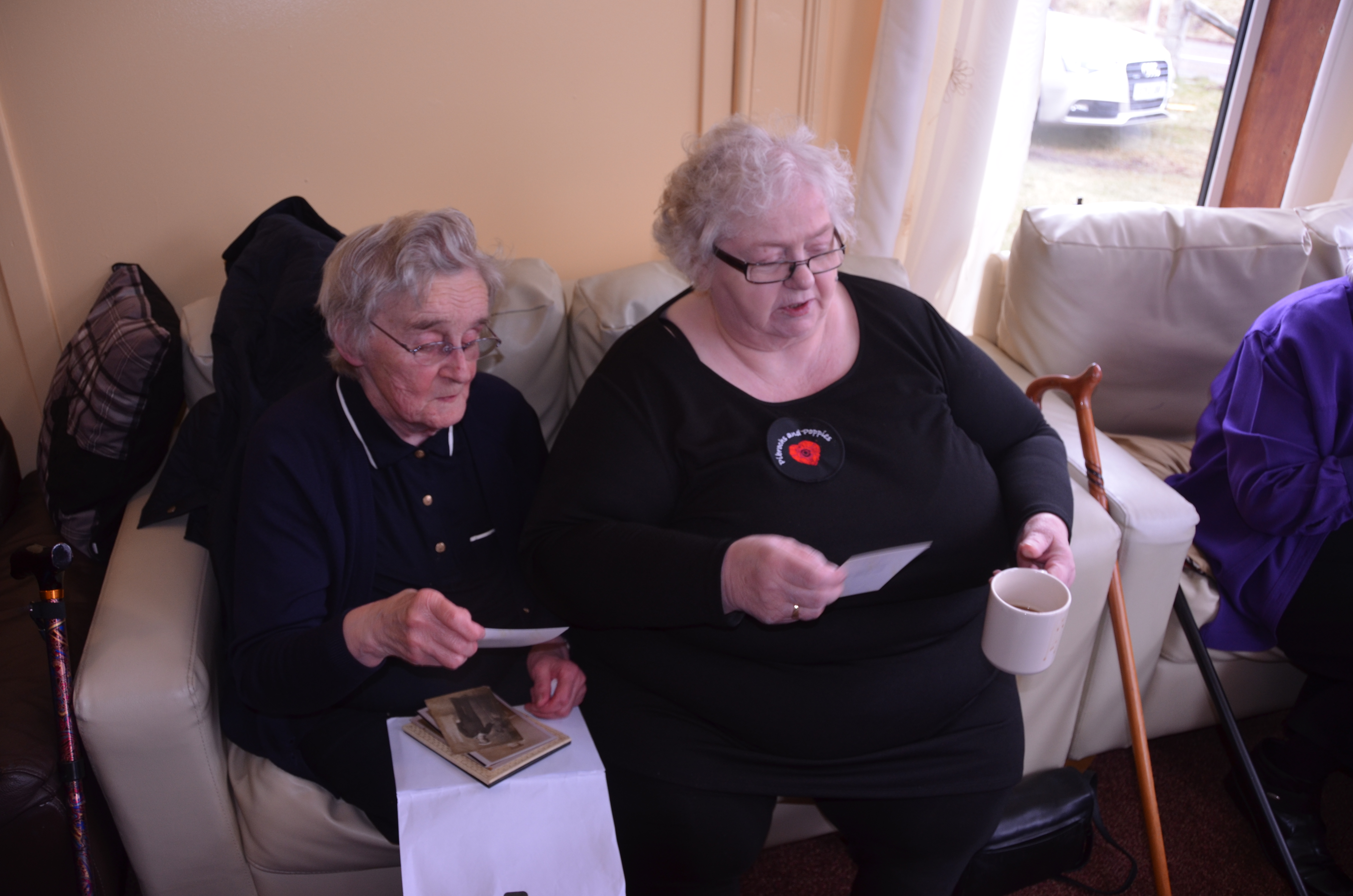 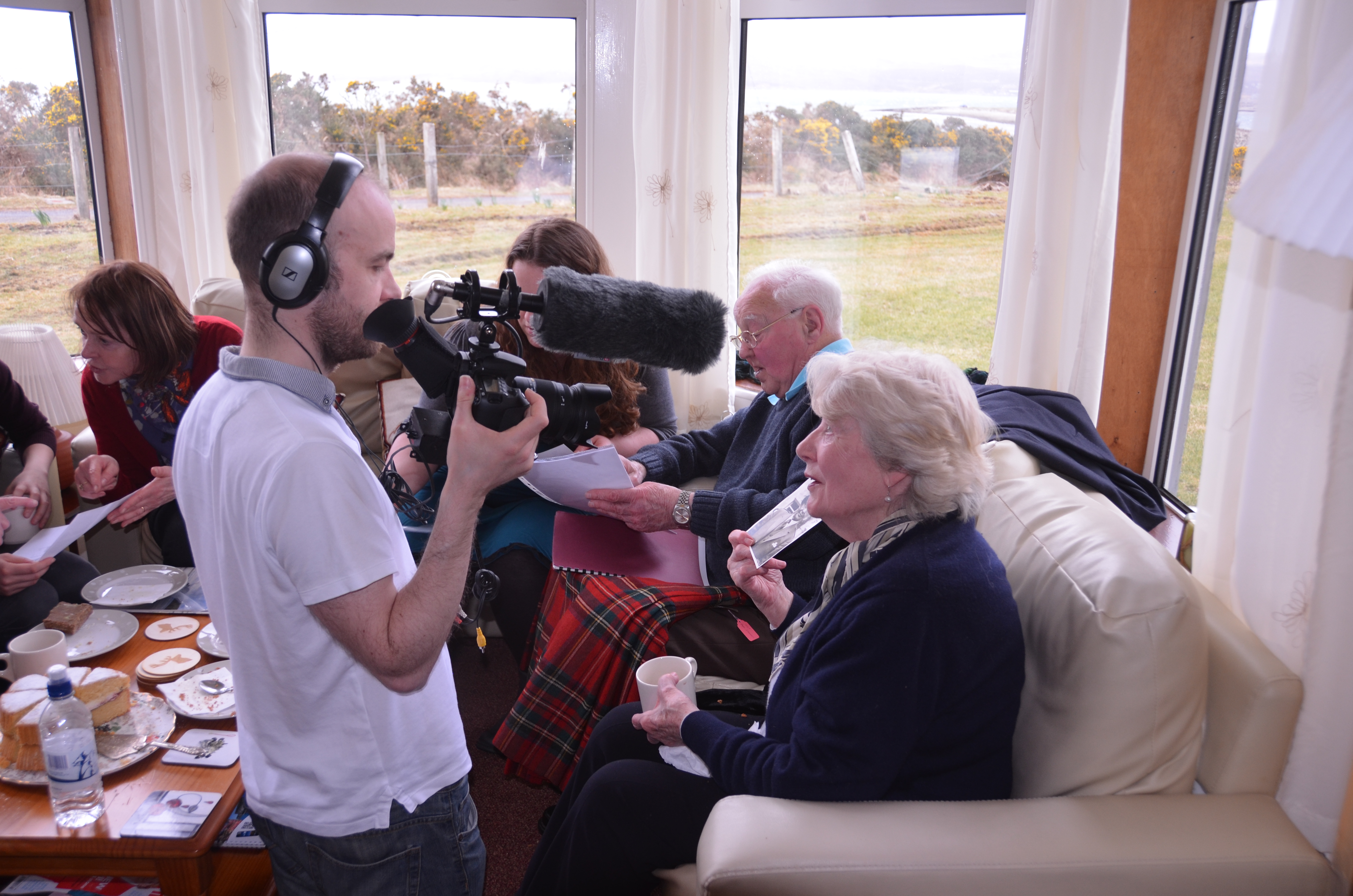 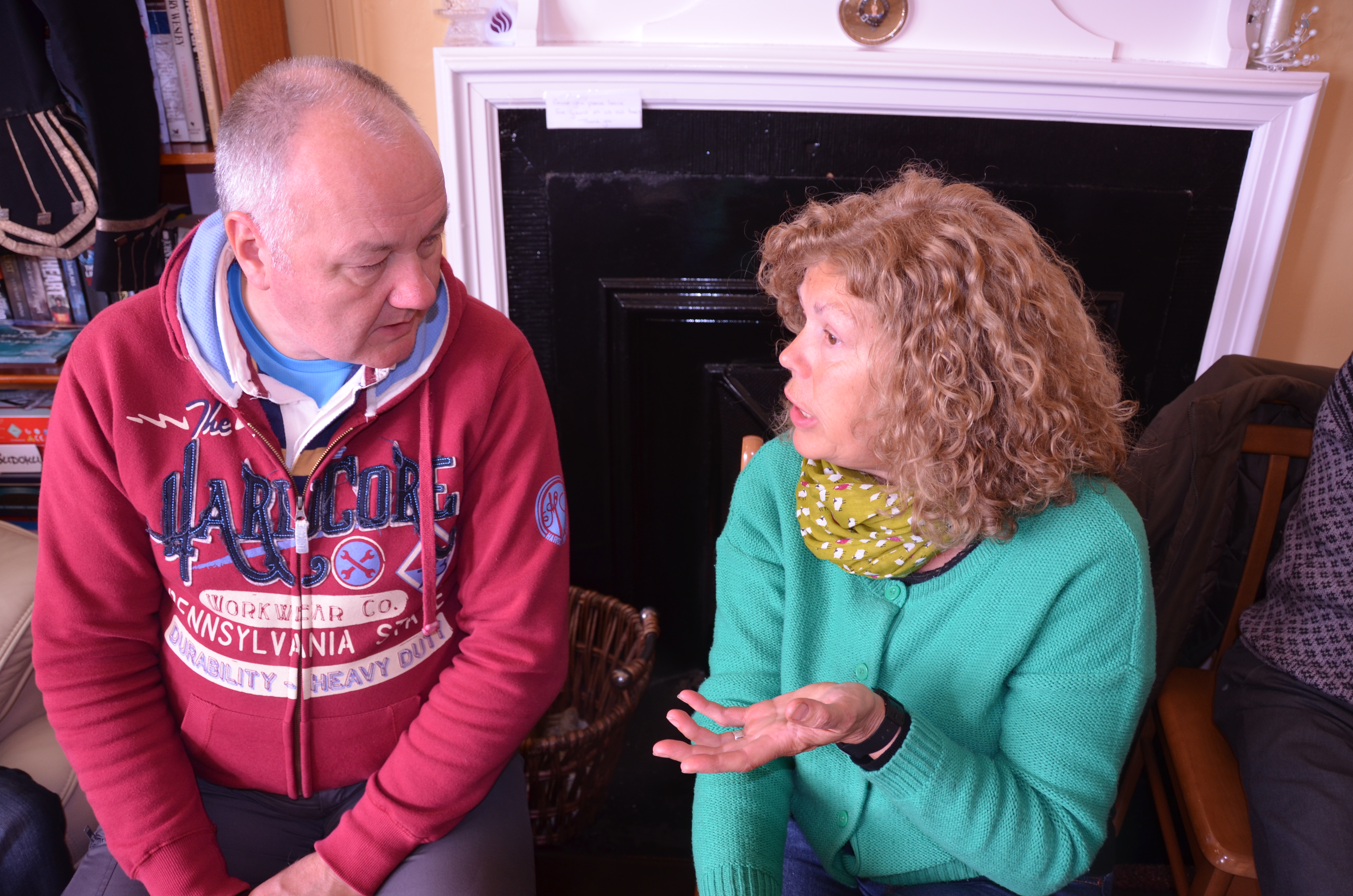 At Tongue Youth Hostel Strathnaver Museum and Fèis air an Oir held their “Tunes and Tales” event, part of the year-long Pibrochs and Poppies project examining the role of bagpipe players and music from Strathnaver during the First World War, and celebrating music and Gaelic song from Mackay Country.

The morning session was dedicated to a piping workshop attended by seven youths from around Sutherland. They were being coached by Carol Anne Mackay in tunes being discovered from the research. Carol Anne has a degree in Scottish Traditional Music from the Royal Scottish Academy of Music and Drama and an NC in Gaelic Studies from Sabhal Mor Ostaig with experience teaching music to both adults and children.

The afternoon gathering brought another thirty people from piping families where they were encouraged to share their stories, pictures and document’s related to pipers and piping tunes.

Many were recorded and will be part of film being created by Will Sadler of Arpeggio Films. Several exciting opportunities were uncovered relating to pipers.

For instance, the great, great grandfather of Carol Anne accepted a bet to march from Bettyhill, where he had been attending the market sales, to Strathy. This he did and won a bottle of whisky.

The project intends to re-enact this in a slightly different way with a piping relay. Details have to be finalised but anyone interested in participating should contact Carol Anne or Strathnaver Museum.

The research element of the project is being led by Fiona Mackenzie and she has learnt from the family of Alan Mackay of Melness that a great uncle was a piper during the First Wold War and his pipes are kept by the family. Permission has been granted for Strathnaver Museum to have the set of pipes examined and possibly renovated to a condition they could once again be played.

Part of the project funded through Heritage Lottery Fund (HLF) “First World War: then and now” programme and the Museum Galleries Scotland’s World War I Fund 2014-2015 is to write a new composition commemorating the pipers from Strathnaver.

Carol Anne has had several compositions recorded on CDs and used in TV and radio broadcasts in the past.

The new tune will be introduced at a performance at the Durness Highland Gathering on the 24 July. If possible the new composition will be played on the 100 year old pipes.