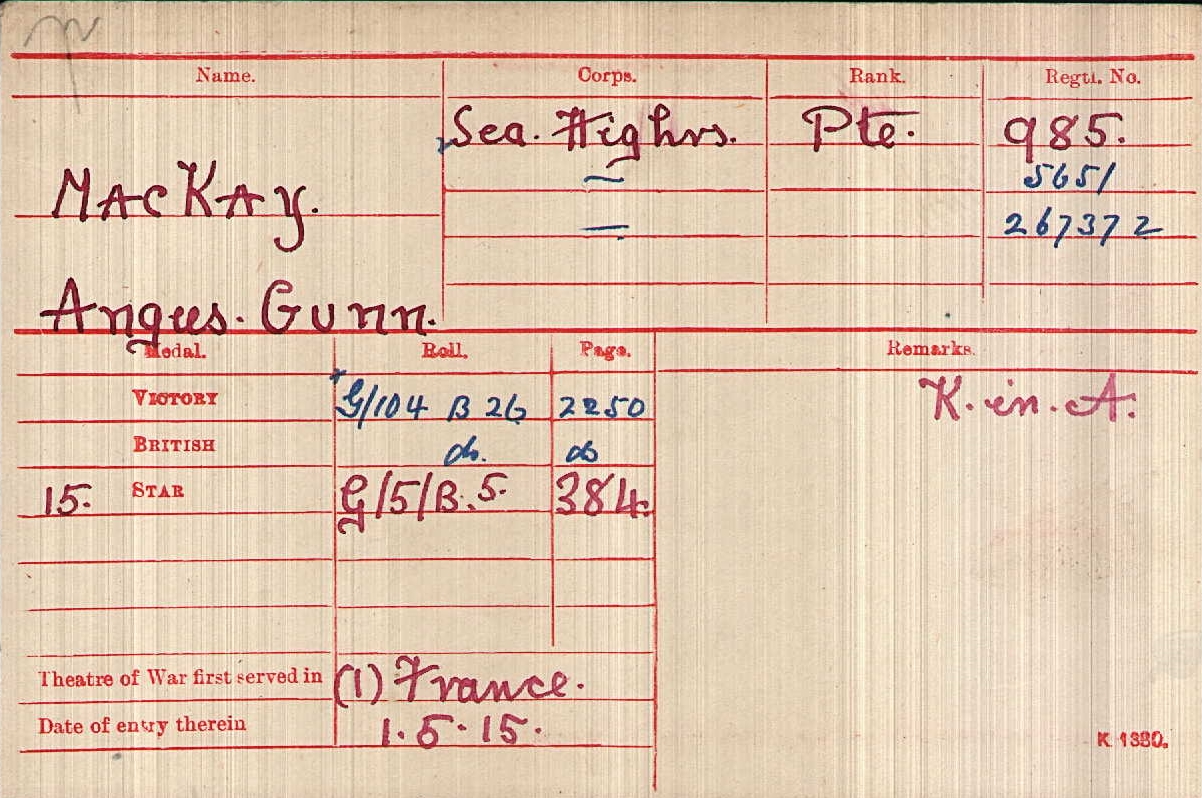 Angus Gunn Mackay was born in 1892 in Skerray to William and Jessie (nee Gunn) Mackay of Clashaidy Shore. Before the outbreak of war Angus was employed as a labourer and crofter.

After enlisting in Golspie Angus arrived in France on the 1st May 1915 serving with the 6th Seaforth Highlanders as a piper.

During the first day of the Battle of Arras, 9th April, Angus was killed during the advance on the German lines. That day Skerray lost 3 of her sons and another 3 by the end of the Battle on the 16 May. Three of these men also came from the same family brothers Eric and Donald Hugh Mackay and their brother-in-law John George Mackay.

Angus Gunn Mackay is buried at the Highland Cemetery, Roclincourt. Plot 1, Row B and Plot 2, Row C which are exclusively occupied by graves of men from the 51st Division killed on the 9th of April 1917.