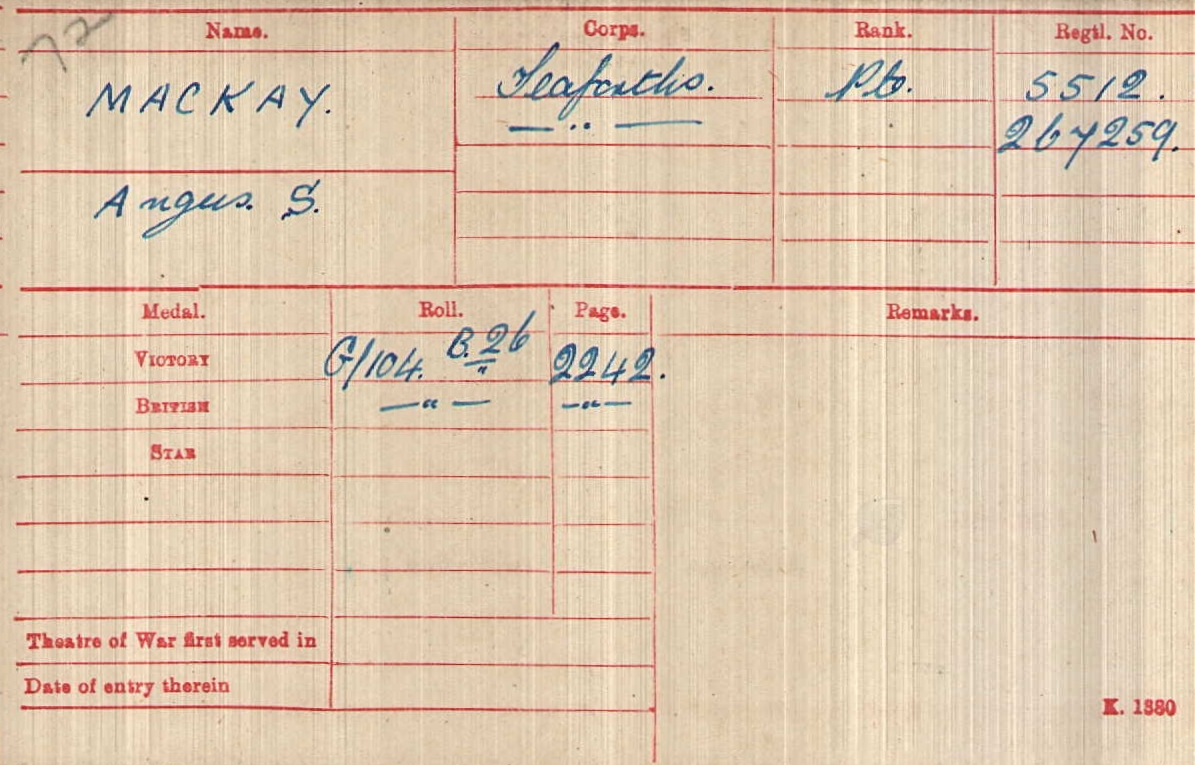 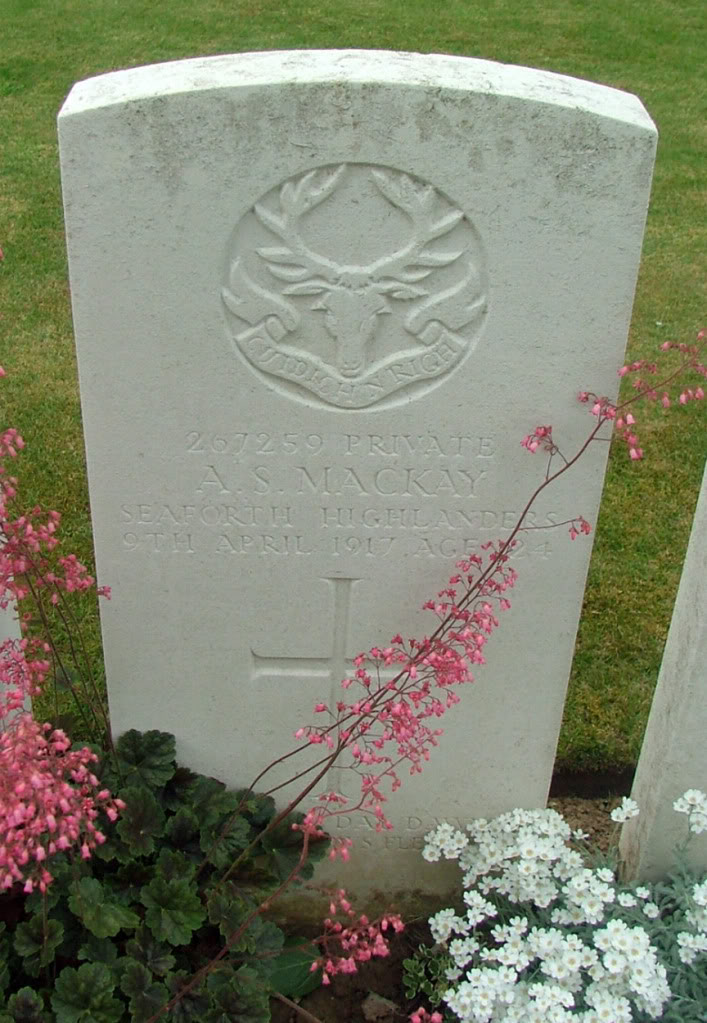 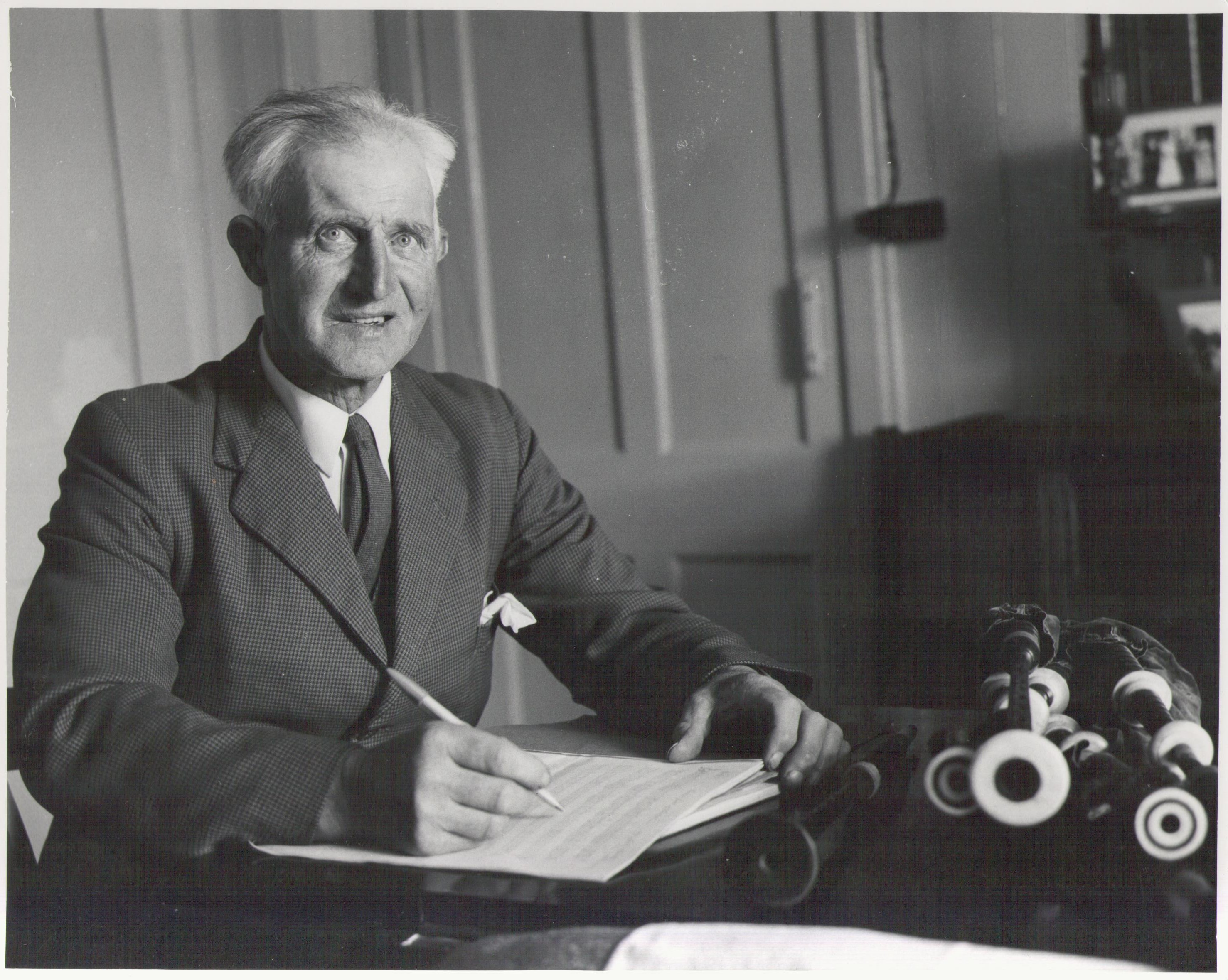 Angus Sutherland Mackay was born in 1893 to John and Margaret Mackay of Trantlebeg, Halladale.

Angus enlisted at Melvich and served as a piper with the 6th Battalion Seaforth Highlanders. He arrived in France in 1916, where the Battalion now part of the 51st (Highland) Division was involved in the Battle of the Somme at High Wood.

Due to the Division’s growing reputation as an effective fighting force they were chosen to capture the fortress village of Beaumont-Hamel in November 1916.

By 1917 the 51st was considered a leading assault division earning itself increasingly challenging missions. Looking to make a strategic breakthrough on the Western Front Allied forces staged an offensive at Arras beginning on the 9th April.

As William Mackay describes in his letter home the 6th were charged with capturing three lines of German trenches northeast of the small village of Roclincourt. It was during this advance, at the age of just 24, that Angus fell.

Angus is buried at the Highland Cemetery, Roclincourt.

Medals belonging to Angus can be seen in the Strathnaver Museum Mackay Room. Angus was the older brother of renowned piper John Mackay, Trantlebeg who was still a boy during the First World War. You can also see a display in the Mackay Room exploring John’s piping career and John is pictured above.