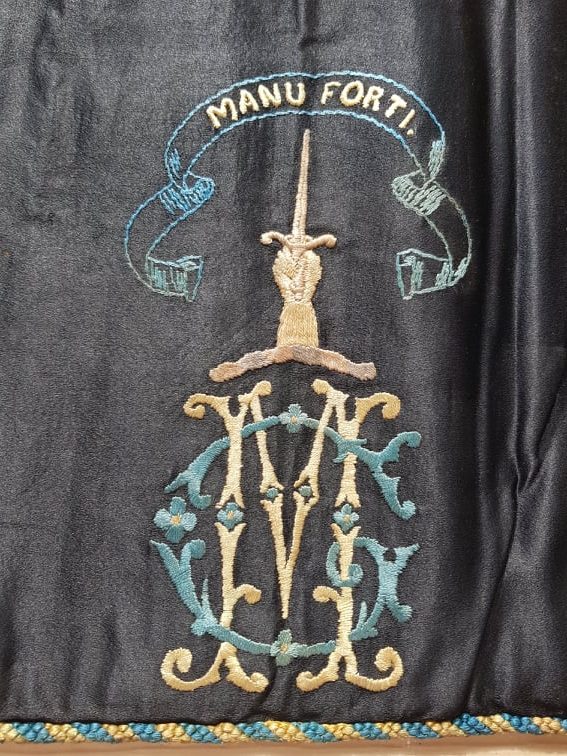 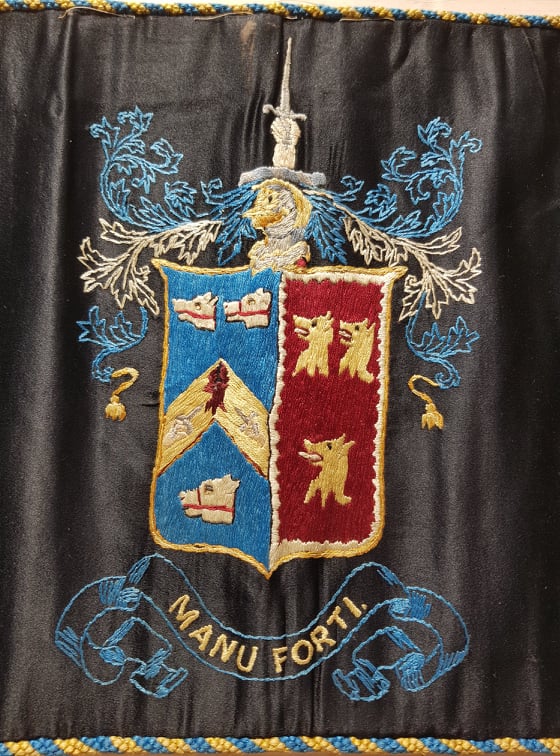 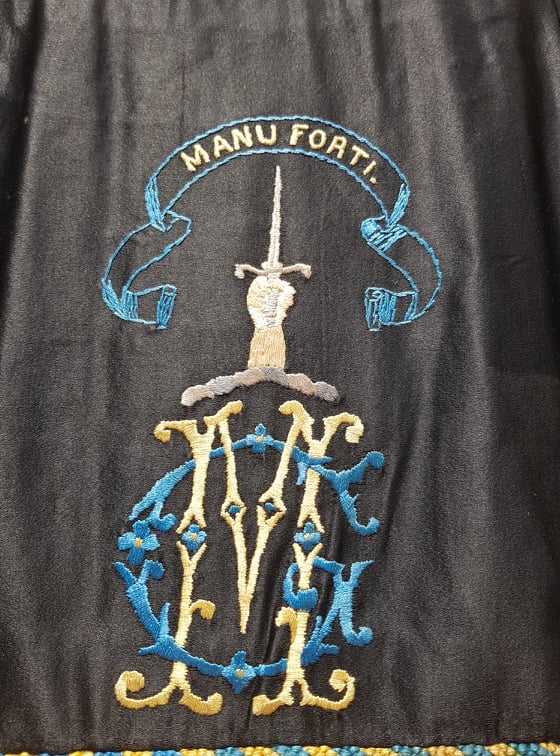 In late 2018 Christian McKee kindly donated a beautiful silk embroidered wall banner to Strathnaver Museum which bore arms seemingly relating to Clan Mackay and Clan Robertson. Little is known about the banner which was found concealed in the wall of a house in Edinburgh in the 1970s during its demolition! Accompanying the donation was a letter dated September 1976 from the Court of the Lord Lyon, Scotland’s heraldic authority, which confirmed that neither crest is an official example.

Who made it? What was it made for? And why was it hidden away in the wall of a house? Is it a wall hanging from the Scottish Baronial period (c1860 – 1890)? Or could it be even older? To attempt to answer these questions we will undertake research and work with conservators to understand more about this item which has been added to Strathnaver Museum’s Mackay collection.

In celebration of Scotland’s Year of Stories we want to use this item from our collection as inspiration to create a very special wall banner. We want the banner to tell the story of north west Sutherland, its people, and explore the impact and legacy of the Highland Clearances. But we need your help! We are looking for individuals and community groups in north west Sutherland and from across the world to get involved by helping us identify the stories that should be told and creating the finished embroidered panels.

Each panel will then be brought together to form a wall hanging which will be toured from August to March 2023 before being put on display in the newly refurbished Strathnaver Museum from April 2023.

You don’t need to have prior experience of embroidery as instruction and support will be available in the form of workshops and instructional videos. Materials will be supplied to those who take part and an artist will develop ideas and suggestions coming from participants to create printed panels to embroider.

A list of themes is available via a link on the side panel and we would love to hear your own suggestions about the stories that the banner should depict! For more information about how to get involved contact Fiona Mackenzie at fiona@strathnavermuseum.org.uk.