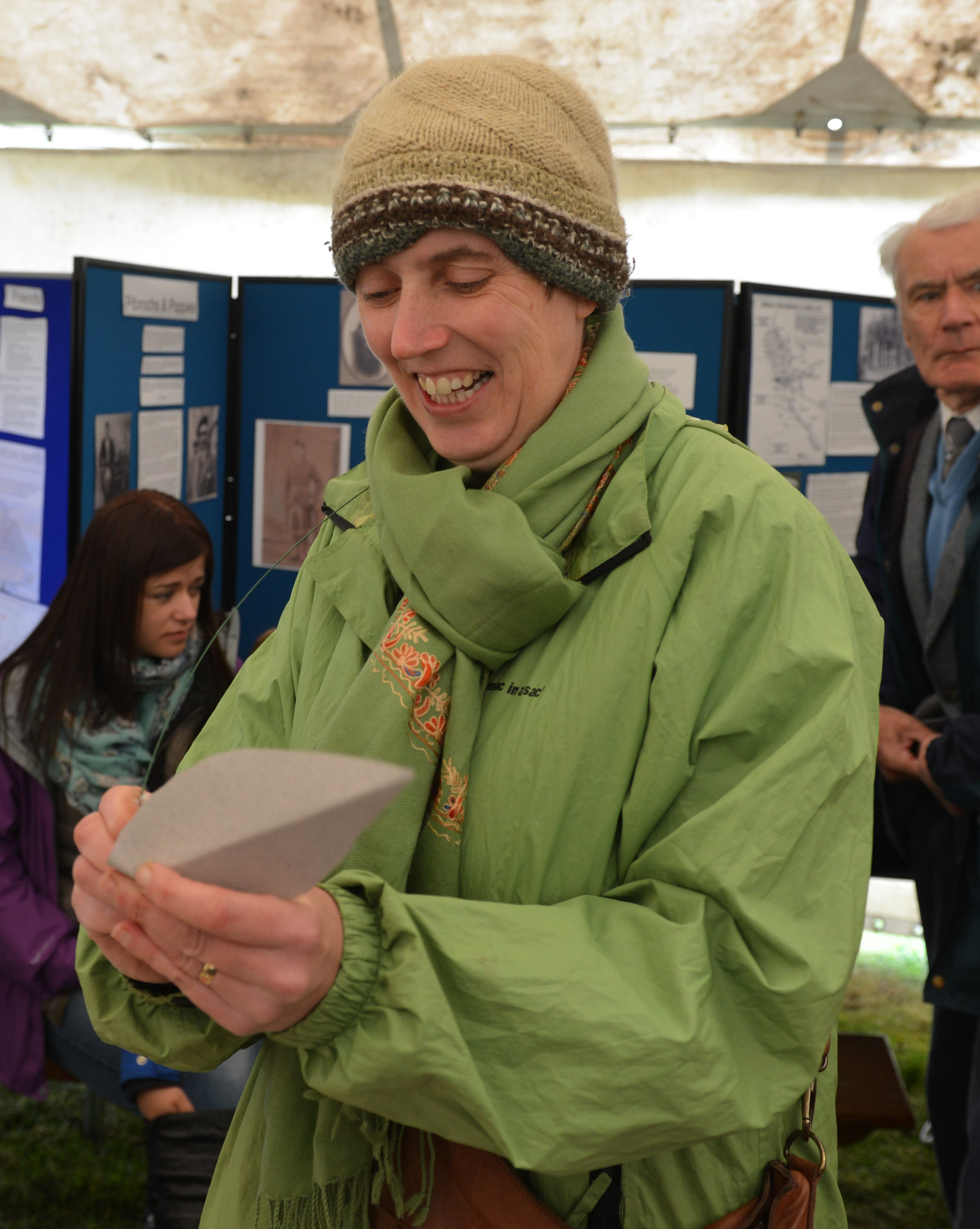 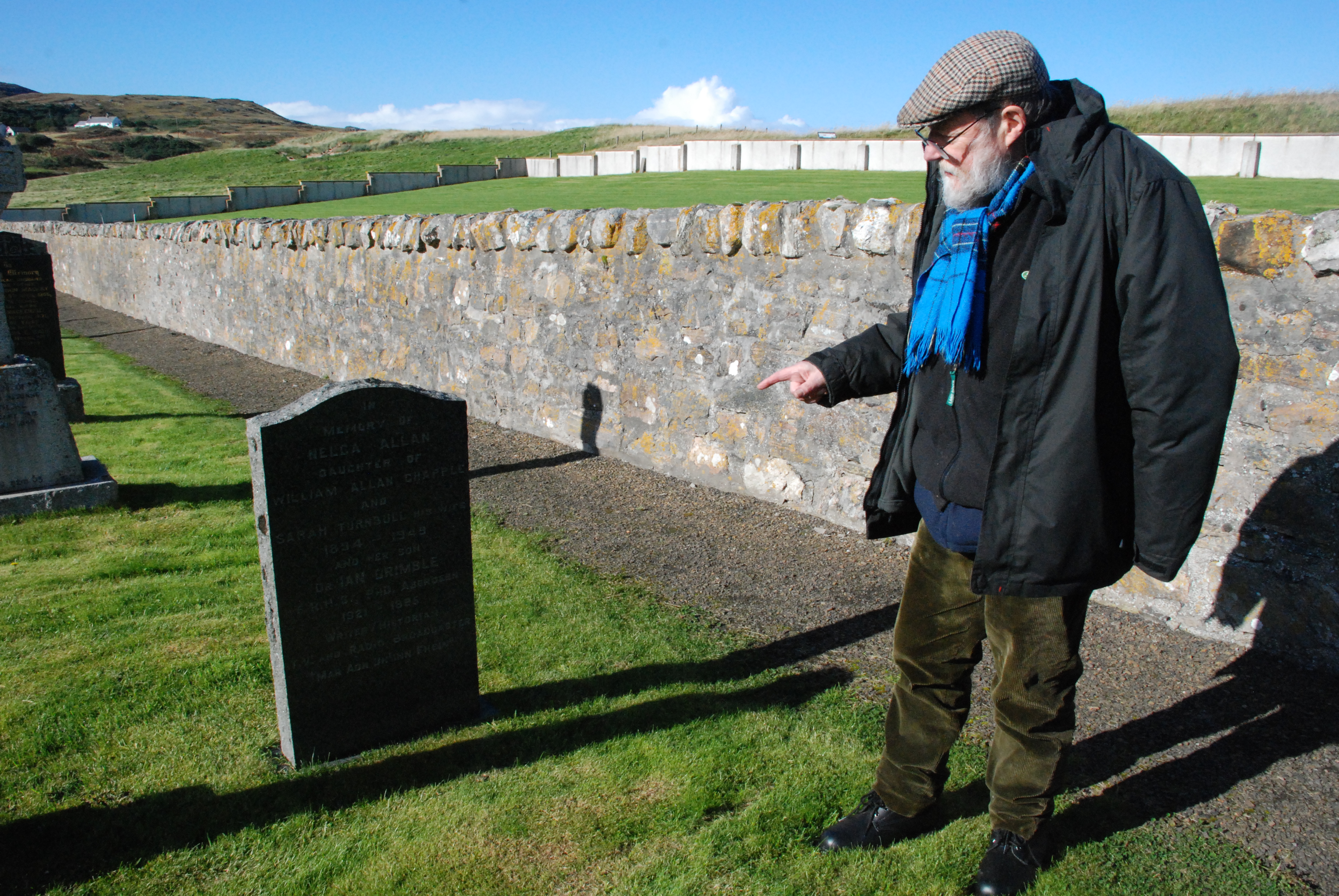 The Mackay Country Trust and Strathnaver Museum are embarking on an exciting art project to raise the profile of renowned Gaelic bard Rob Donn. The project will engage 9 diverse artists working in a range of media to celebrate the life and times of this talented poet.

Rob Donn is an extremely important figure in the history of Gaelic literature and might arguably be as important to Gaelic poetry as his contemporary Robert Burns is to poetry in Scots. Born at Alltnacaillich, Strathmore in 1714 Donn lived through a chaotic period in Highland history as the Jacobite Risings resulted in lasting changes throughout the Highlands. Donn’s work represents an important document of a world both expanding and contracting as the British state made its presence felt in the day-to-day life inhabited by Donn and his contemporaries.

The mystery of the missing trousers

Joanne B Kaar is a fibre artist located in Dunnet, Caithness. Inspired by journeys over land, sea and through time her artwork takes inspiration from our heritage and she has previously produced artwork for the Strathnaver Museum including the popular Portable Museum of Curiosity. Joanne has worked through the UK and globally including Taiwan, South Korea, Iceland, USA, Canada, Estonia. She has also exhibited in Japan, Germany, Spain, Australia, Sweden and Finland.

Danish Artist Lotte Glob runs the Sculpture Croft and studio at Loch Eriboll. Lotte’s creative process involves a close relationship with the landscape and wilderness of the Scottish Highlands.

Lairg based Sam Barlow is an Artist-blacksmith and sculptor who works in metal and stone. Sam recently created the Fishtail entrance to the new Falls of Shin visitor centre, Lairg.

Ian Westacott is a master printmaker from Dornoch who demonstrates great technical ability, allowing his knowledge to free up the printed image so it appears effortless. Ian’s images are something rare and special.

Jenny Mackenzie Ross is a Sculptor and Potter at Northshore Pottery which she established in 1993. Jenny has exhibited widely, carried out lectureships and community projects. Jenny says she finds the landscape of Caithness and Sutherland beguiling forming the basis of her inspiration.

Illustrator, Mark Edwards, is an artist living and working deep in the Scottish Highlands, a modern master in a very British form of surrealism.

Jana Emburey is a visual artist working across a wide range of media. Her body of work includes paintings, drawings, printmaking, sculpture and installation. Jana’s work explores various subjects, although she is mainly interested in the concept of time perception, memory and inter-connectivity

Elliot Rudie has a long connection with Strathnaver Museum as a Director and volunteer. Stylistically, he sees himself rooted in the ironic humour of Expressionism, but is heavily influenced by the apocalyptic vision of the American Beats, particularly William Burroughs and Allen Ginsberg.

Wendy Sutherland lives and works in the far north of Scotland producing atmospheric interpretations of her surrounding landscape. Wendy has for some time identified as her primary goal an evolving interpretation of the landscape of the Scottish Highlands through a range of media and in this chosen field is already considered a leading figure.