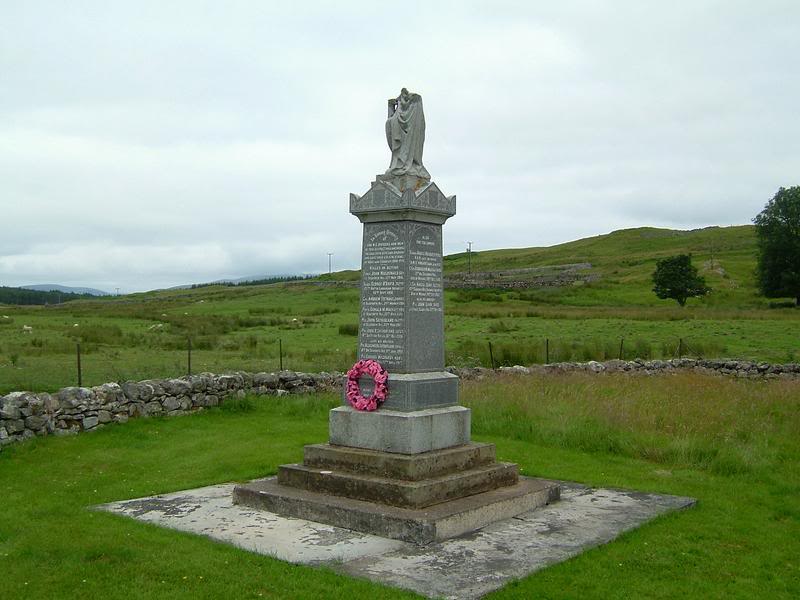 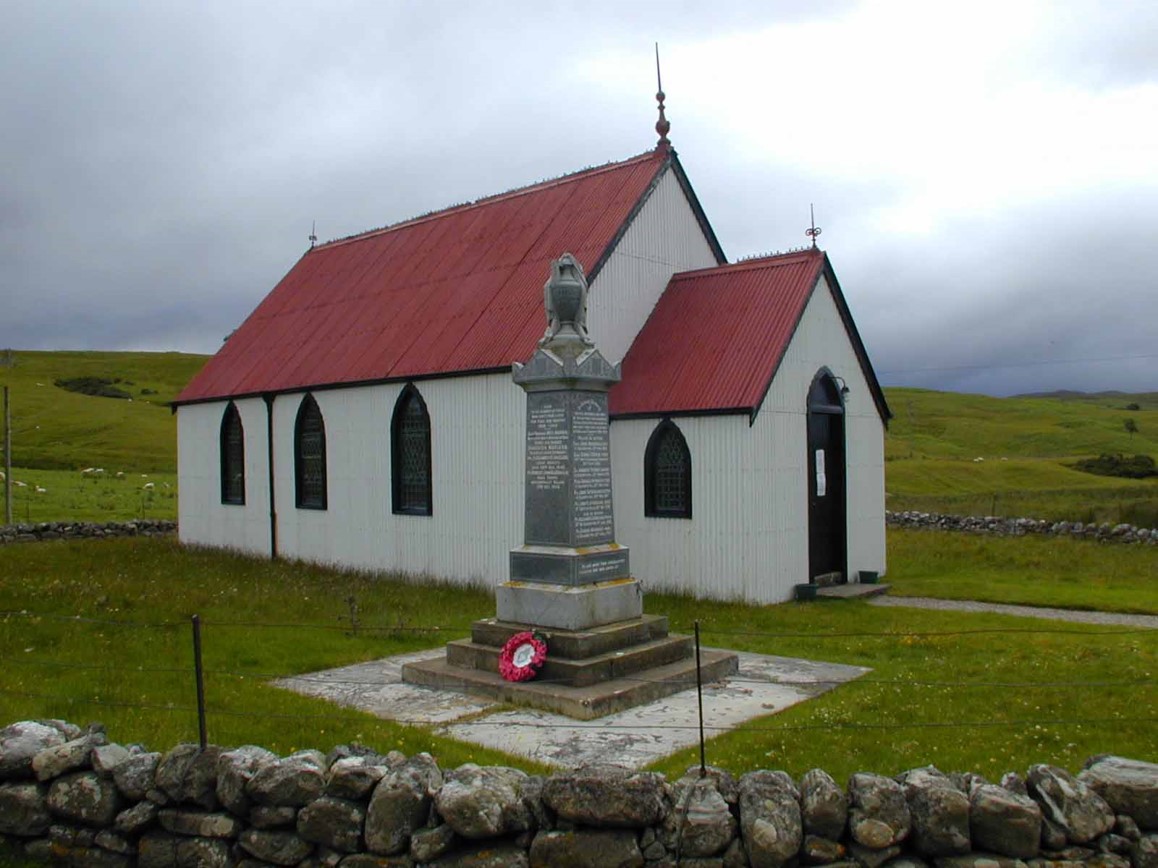 The war memorial for Strathnaver can be found beside the Syre church. The main column contains the names of 16 men who perished in the two world wars. The following list is the men who died during World War One. If you have information or photographs of any of the men listed, or anyone from the area who took part in WWI, we’d love to hear from you! Please email Eileen Mackay at genealogy@strathnavermuseum.org.uk.

John died on the 22nd October 1916. Son of Mr and Mrs Angus Gunn, of 18, Strathnaver, Kinbrace. Buried in Melness Cemetery.

Donald was born in Eriboll on the 4th May 1892 the son of Evander and Betsy Mackay. The family later gained a croft at Carnachy in Strathnaver. In 1911 Donald was working on the family croft and on the outbreak of war, like many of his peers, Donald signed up for overseas service with the Territorial Force. Donald joined the 5th Bn Seaforth Highlanders as a piper arriving in France on the 1st May 1915. On 13th November 1916 the signal was given for the 5th Seaforths to led the attack on Auchonvillers-Beaumont Hamel Road as part of the Battle of Ancre. Donald was one of 94 men killed from the 5th Bn Seaforth Highlanders that day.

Read more about Donald M. Mackay as part of the Pibrochs and Poppies project carried out in 2015 with Feis air an Oir.

Sponsor a poppy for one of the men listed on the war memorial for Strathnaver: