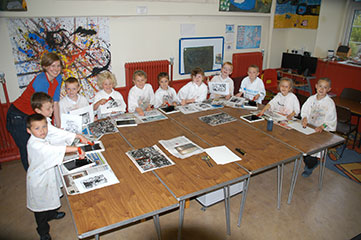 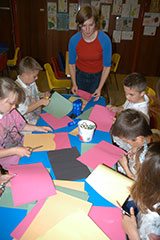 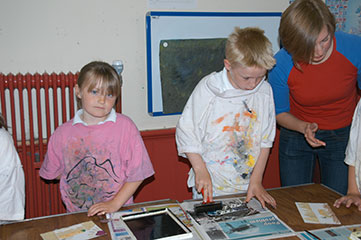 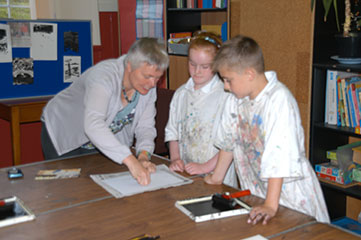 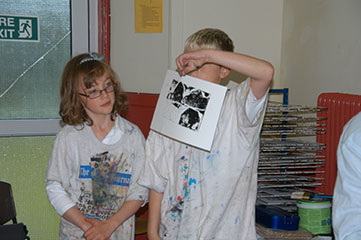 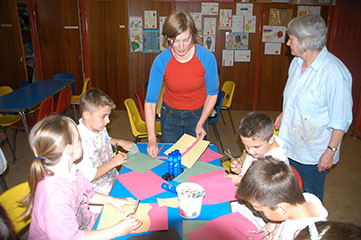 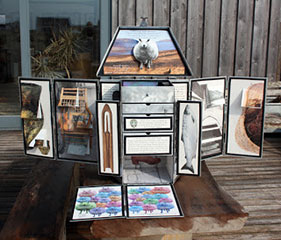 Discussion with teachers at 4 primary schools and Farr Secondary school identified the best approach for Strathnaver Museum to produce material that would be useful to school in delivering the national curriculum. It was agreed that a practical, hands on approach covering a general concept of the Museum was best. Two avenues were pursued that would give an introduction to the concept of Strathnaver Museum and the history that the museum interprets.

The Portable Museum of Curiosity was developed as an idea of things inspired by our heritage, folklore, and journeys over land and sea. Teachers have liaised with the artist Joanne B Karr about the contents and the practical touchy feely approach to reinterpreting the Museum’s stories. The box design and the contents refer to subjects more fully described in the museum. Children are made aware that further investigation beyond the Portable Museum of Curiosity is possible at the Museum. The Portable Museum will be lent to schools and will highlight the role the Museum has in the heritage and interpretation of History of Strathnaver.

As part of the national Festival of Museums programme in 2014 the Strathnaver Museum secured funding from Museums Galleries Scotland to allow us to place the Eden Court Outreach Worker within three local primary schools; Farr, Melvich and Tongue. The children wrote, produced and performed a ‘Romp Through Time’ which used the Portable Museum of Curiosity to explore 400 years of their heritage and culture. A video of the children’s play has also been produced.