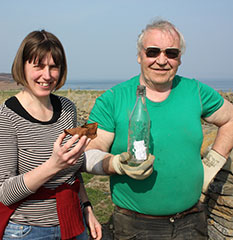 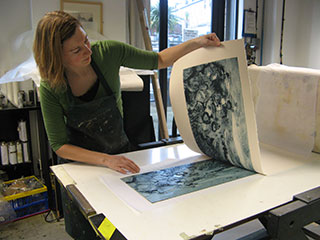 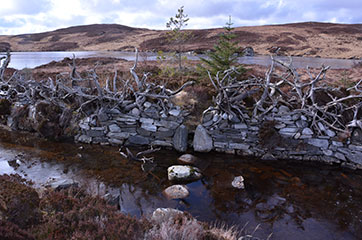 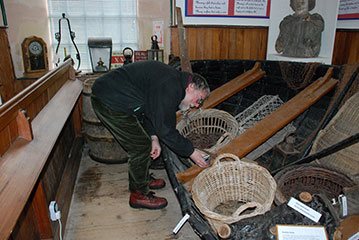 The brief for the appointed Artists was to create new work in their chosen medium informed and inspired by The Museum’s collection.

The ‘Chealamay’ beaker’s clean lines and gravitas have shaped the beautiful work of ceramicist Lorraine Robson during her Residency.

Textile artist Joanne B. Kaar created new work in paper and a vibrant schools and community project around the topic of The ‘Melness Shoe’.

Film maker Will Sadler has engaged with the entwined histories of the resettlement or relotting which was involved in the processes of Improvement and Clearance which created the crofting system through a focus on the now abandoned township of Poulouriscaig near Armadale. His specific focus became the ceilidhs for which Poulouriscaig was so famous.

Visual artist and printmaker Liz Myhill felt that her artistic journey during her Residency was shaped by ‘the marks which had been left in the landscape by successive generations’. She has generated a fascinating geocaching project and original landscape prints through her growing fascination with the interplay of Museum artefacts and books, intriguing items brought into The Museum Antiques Roadshows by members of the public and the many local Bronze and Iron Age remains.

For Déirdre Ní Mhathúna it was the Gaidhlig lore of land and place evidenced through placenames and stories which has informed and shaped her production of deer hide maps and sound stories in the course of her Residency.

Will Sadler’s ‘A part of who we are’ film