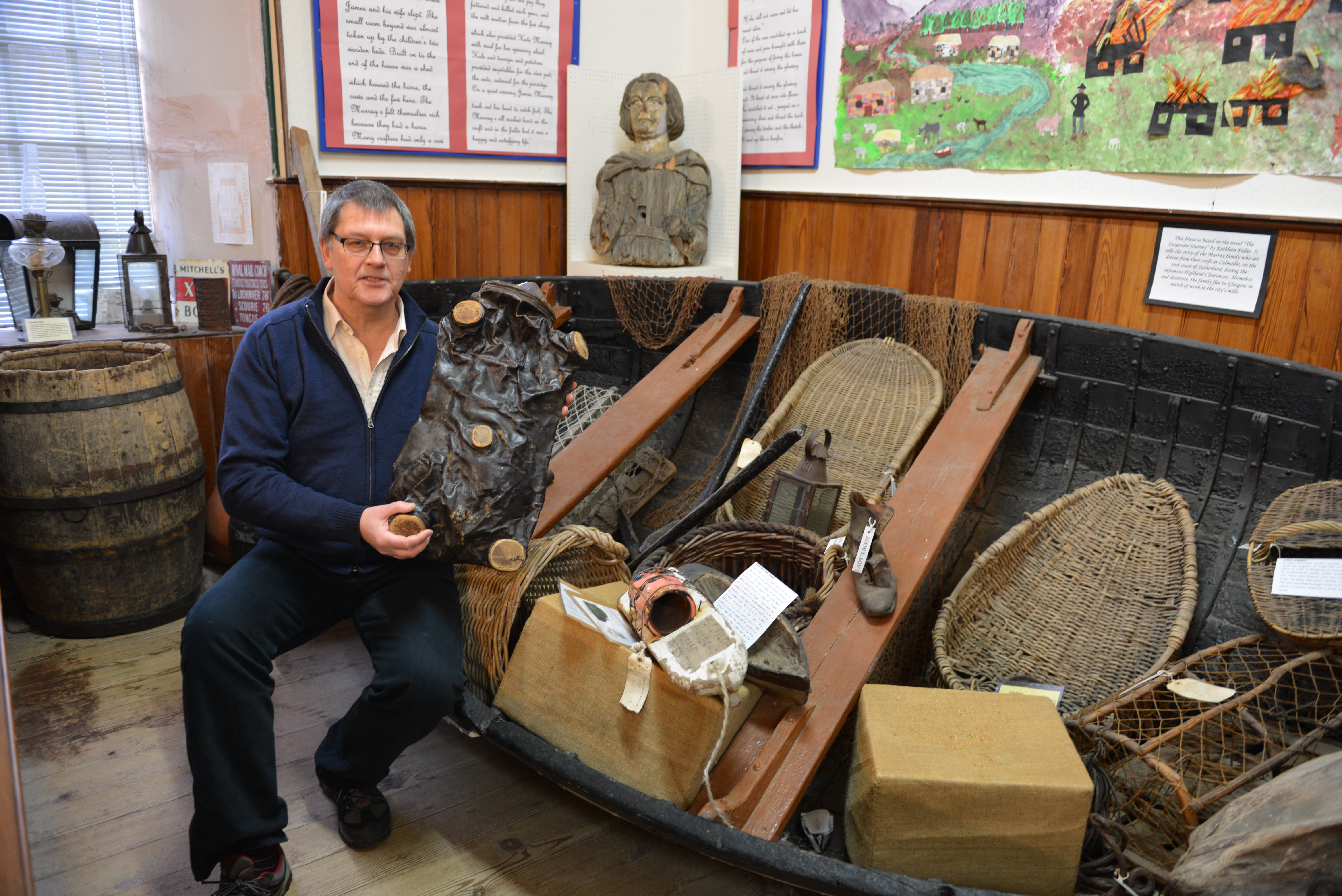 Simon Lee of Newlands, Bettyhill has been appointed by Strathnaver Museum to recruit and support volunteers to assist with the running of the Museum. Like most local museums in Scotland, the Strathnaver Museum has, from its inception in 1976, relied very heavily on volunteers to help curate its numerous exhibits, assist visitors with their enquiries, and maintain opening hours.

The advent of the NC 500 has boosted visitor numbers and may offer the possibility of an extended season, both factors which are increasing the need for volunteers and broadening the scope of their activities.  Simon, who has pursued a varied career as an environmental scientist, a company director and a development officer, hopes to increase the number of volunteers, tailor the work they undertake to their skills and interests, and improve the experience of volunteering generally.

This is against a backdrop of refurbishment which the Museum Board has been planning and working towards for many years so both new and existing voluntary staff will be participating at a very exciting time in the organisation’s history.  The project has been funded by the Caithness and North Sutherland Fund and the Strathy North Wind Farm Fund and anyone interested may get in touch with Simon at volunteer@strathnavermuseum.org.uk .

Photo:  Simon Lee getting in touch with some of the Strathnaver Museum exhibits including this rather bizarre buoy made from the skin of a dog.  Dog skins were favoured over sheep skins because they stood up straight in the water and, when recovering your long lines in the spacious waters of the north Atlantic, were easier to spot than the more rounded buoys made from sheep skin.  Dogs used for this are said to have been hanged rather than shot or drowned, hence the ‘hang dog’ expression though it is not known whether this was on the face of the dog or on the face of the human given such a grisly task!