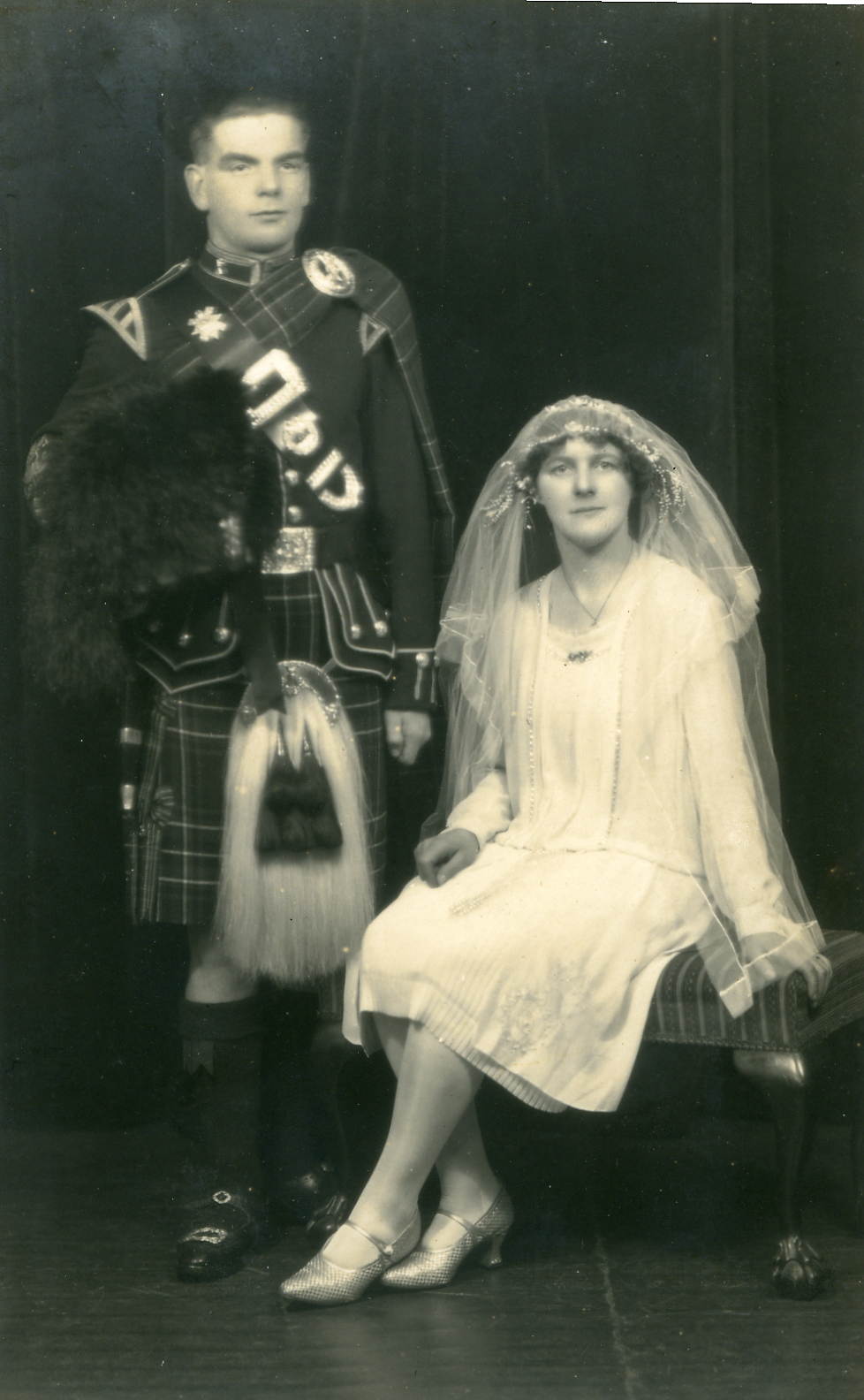 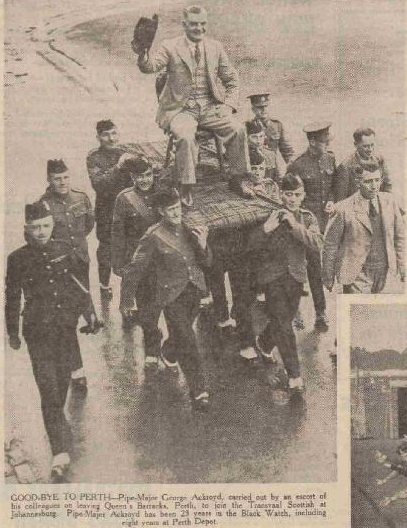 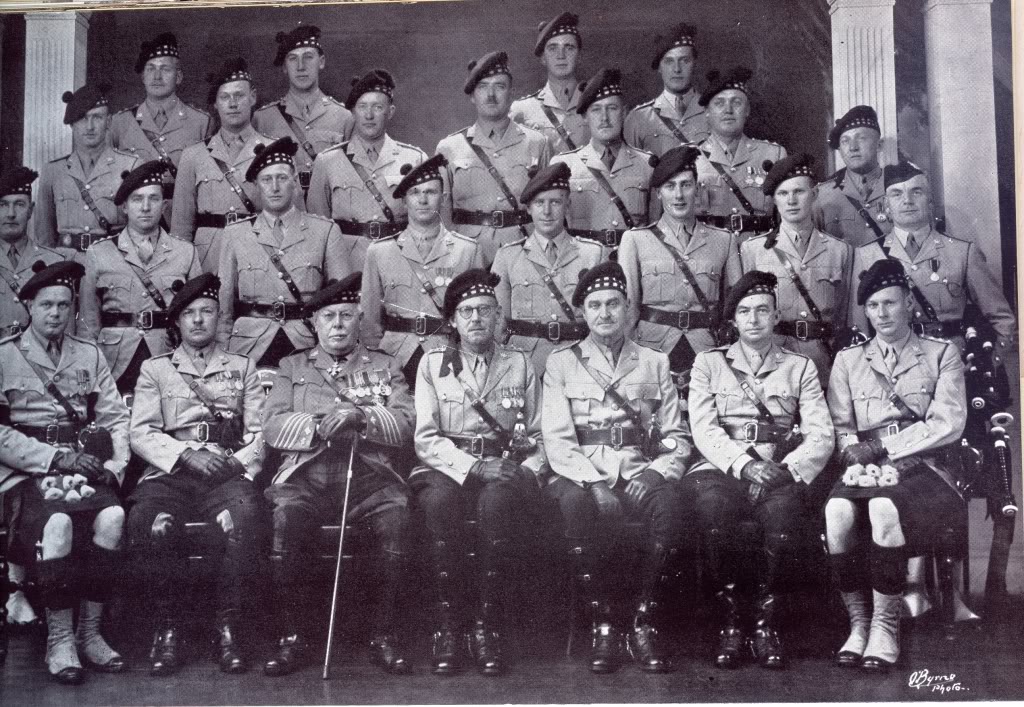 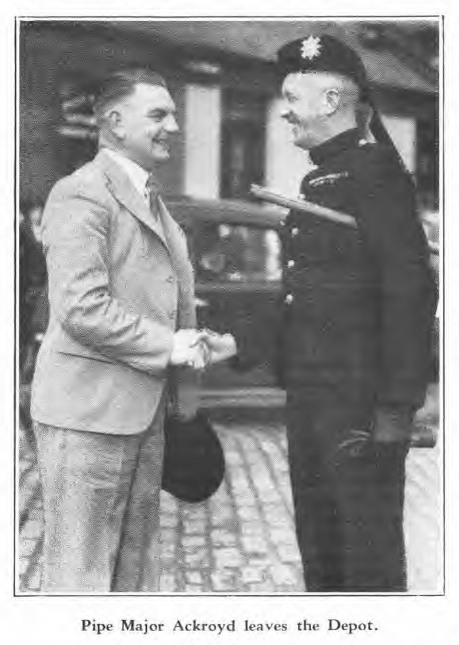 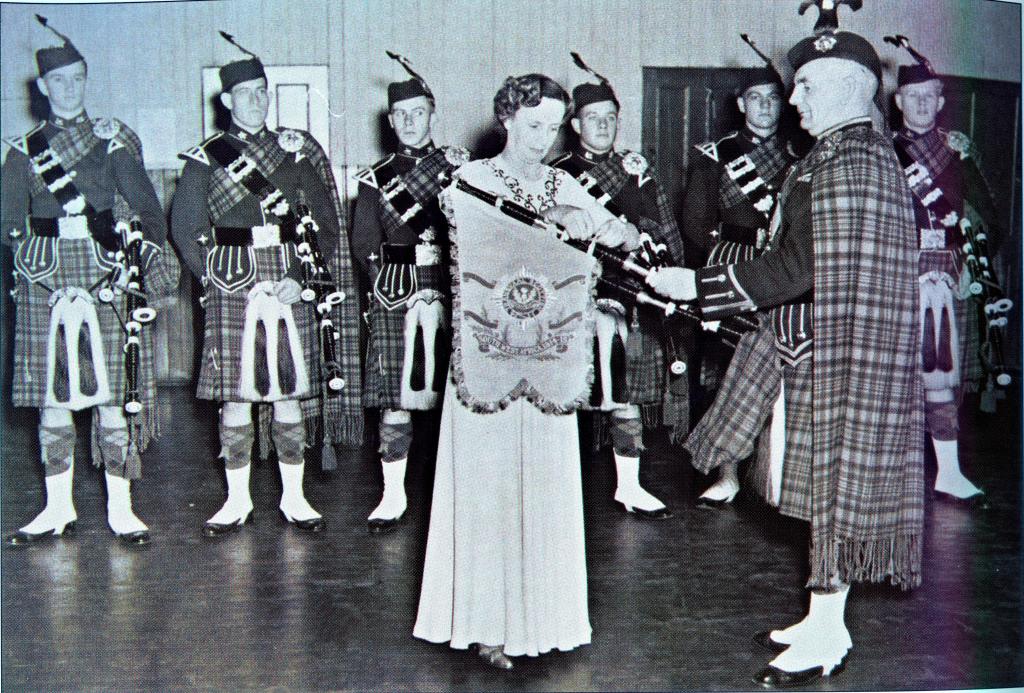 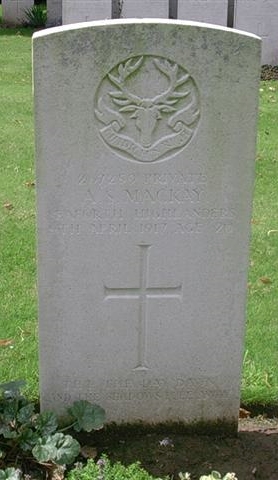 Whilst perusing the images we hold on the Strathnaver Museum computer I discovered this striking image of a handsome young couple on their wedding day. You can tell a lot from a picture. The bridal gown appears to be from the 1920s, the groom is a military man. But who were the couple? What is their story?

The obvious first question when researching this image further is what unit did our groom serve with? As I am no expert on military attire a quick search online pointed towards the Black Watch and more importantly brought me to what proved to be the very informative Great War Forum. The sporran, cantle, cap badge, plaid broch, collar dogs and flashes on his uniform indicate his regiment as Black Watch. As he is wearing Royal Stewart we can also tell our groom is a piper, as all pipers in the Black Watch wore Royal Stewart, to reflect their status of ‘Royal’ regiment.

We can also tell his rank as he is wearing a Pipe Major’s belt buckle and rosettes (celtic knots) on his kilt. If you look very closely at the image you can just see upturned chevrons on his right arm below a bagpipe arm badge. Also on the cross belt you will notice a ‘staff badge’, worn by ranks of Sergeant and above, with ‘42’ and the motto ‘Nemo Ne Impune Lacessit’ which means ‘no one attacks me with impunity’. Or if translated into Scots ‘Wha daur meddle wi me’!

Young George’s piping career began in 1918 when he became one of the first pupils of John Grant at the Army School of Piping. The school was established in 1910 in order to train potential pipe majors. It was in 1854 that the British Army recognised pipers and established Pipe Majors, but in Highland forces the piper had, since early times, held an honoured position. Unlike other musicians the piper was also a fighting role and his day began when he roused his colleagues with the sound of the piob mhor (great pipe).

It was in 1925 that George became Pipe Major of the 2nd Battalion Black Watch stationed at Fort George, an 18th century fortress near Ardersier to the north east of Inverness. It was whilst garrisoned here that he may have met Hellen Mary Mackay from Trantlebeg, Strath Halladale and on the 23 December 1927 the couple married.

George was not the first military piper in Hellen’s life. Hellen’s brother Angus served as a piper with the 1/6th (Morayshire) Battalion, Seaforth Highlanders Territorial Force during World War I. Sutherland was renowned for producing talented pipers, many from boyhood,  and in the early nineteenth century it was said that those from Sutherland (especially the parish of Tongue) came ‘as if trained in a school.’ Angus enlisted at Melvich and arrived in France in 1916 where the Battalion, now part of the 51st(Highland) Division was involved in the Battle of the Somme at High Wood. Due to the division’s growing reputation they were chosen to capture the fortress village of Beaumont-Hamel in November 1916. By 1917, the 51stwas considered a leading assault division earning itself increasingly challenging missions. Looking to make a strategic breakthrough on the Western Front allied forces staged an offensive at Arras which began on the 9 April and lasted until 16 May. The 6th Seaforths were to be involved from the start of the offensive and were tasked with capturing three lines of German trenches northeast of the small village of Roclincourt. It was during this advance, at the age of just 24, that Angus fell. Angus is buried at the Highland Cemetery, Roclincourt.

Coincidentally during WWI the Black Watch had served with the 51st(Highland) Division although of course George was only a boy during the Great War. In 1930 George became Pipe Major of the Black Watch Depot at the Queen’s Barracks in Perth where he served until 1938 with 23 years’ service in the Black Watch.

From Perth, George went to South Africa where he became Pipe Major with the Transvaal Scottish Regiment, a reserve unit of the South African Army. Mobilised at the outbreak of WWII he served in Abyssinia and then the Western Desert before being taken prisoner at the fall of Tobruk in June 1942. He was held as a POW in Germany until he was repatriated back to South Africa in 1945.

Back in South Africa George was involved with the Scottish Piping Society of Witwatersrand. One former pupil, Len Durham, recalls on the Scottish Piping Society of London’s website how ‘George brought his military approach to lessons and was often heard to tell a young piper that he would play better if he had his hair cut’. It was here that he took Len’s fiancé aside and told her to remember that pipers marry their pipes and live in sin with their wives.

Pibrochs and Poppies 2015– discover more WWI pipers we have researched

World War One: discovering the stories behind the names – get involved and help us uncover the more about the men and women from Mackay Country who were involved in WWI and WWII