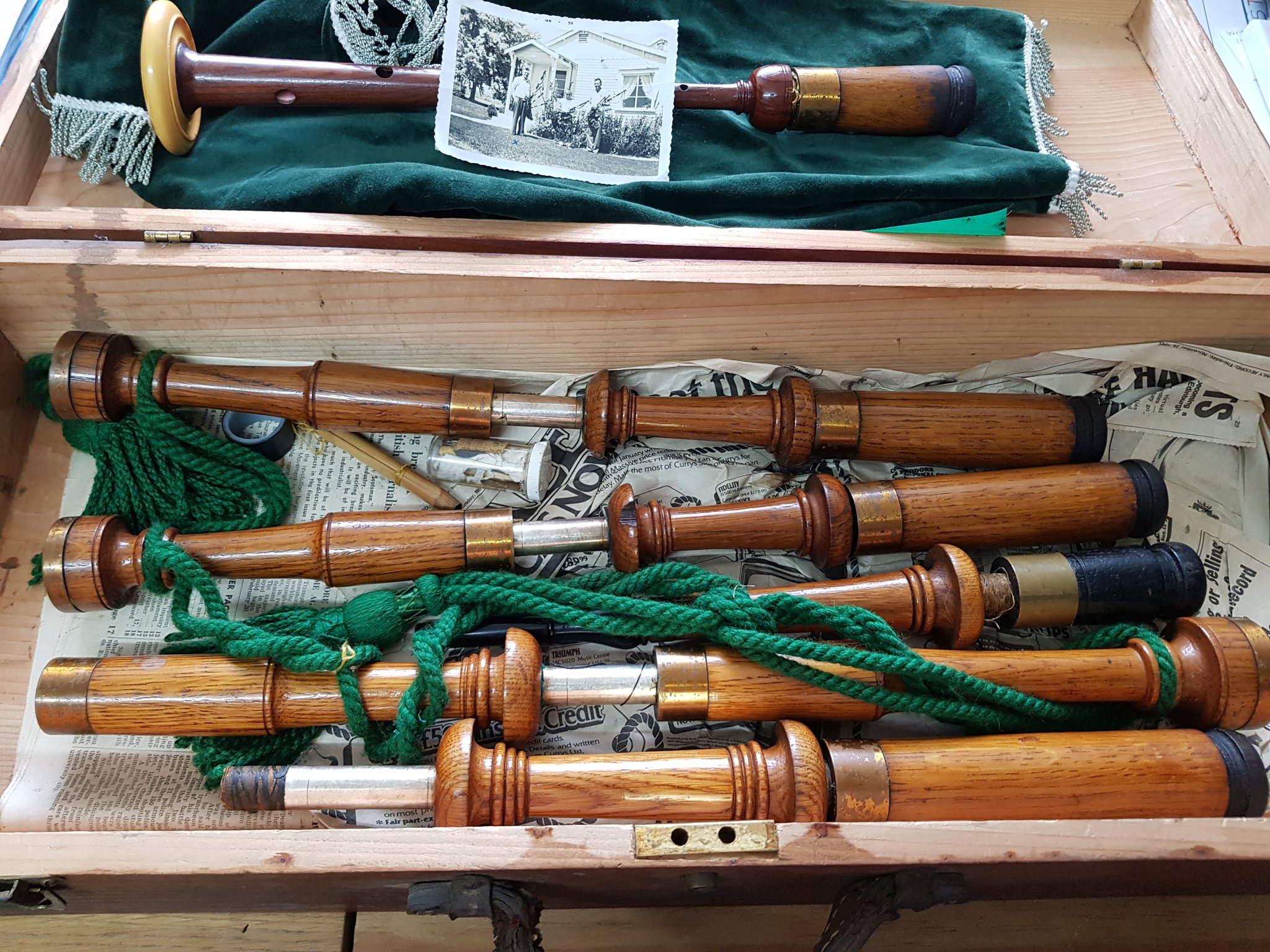 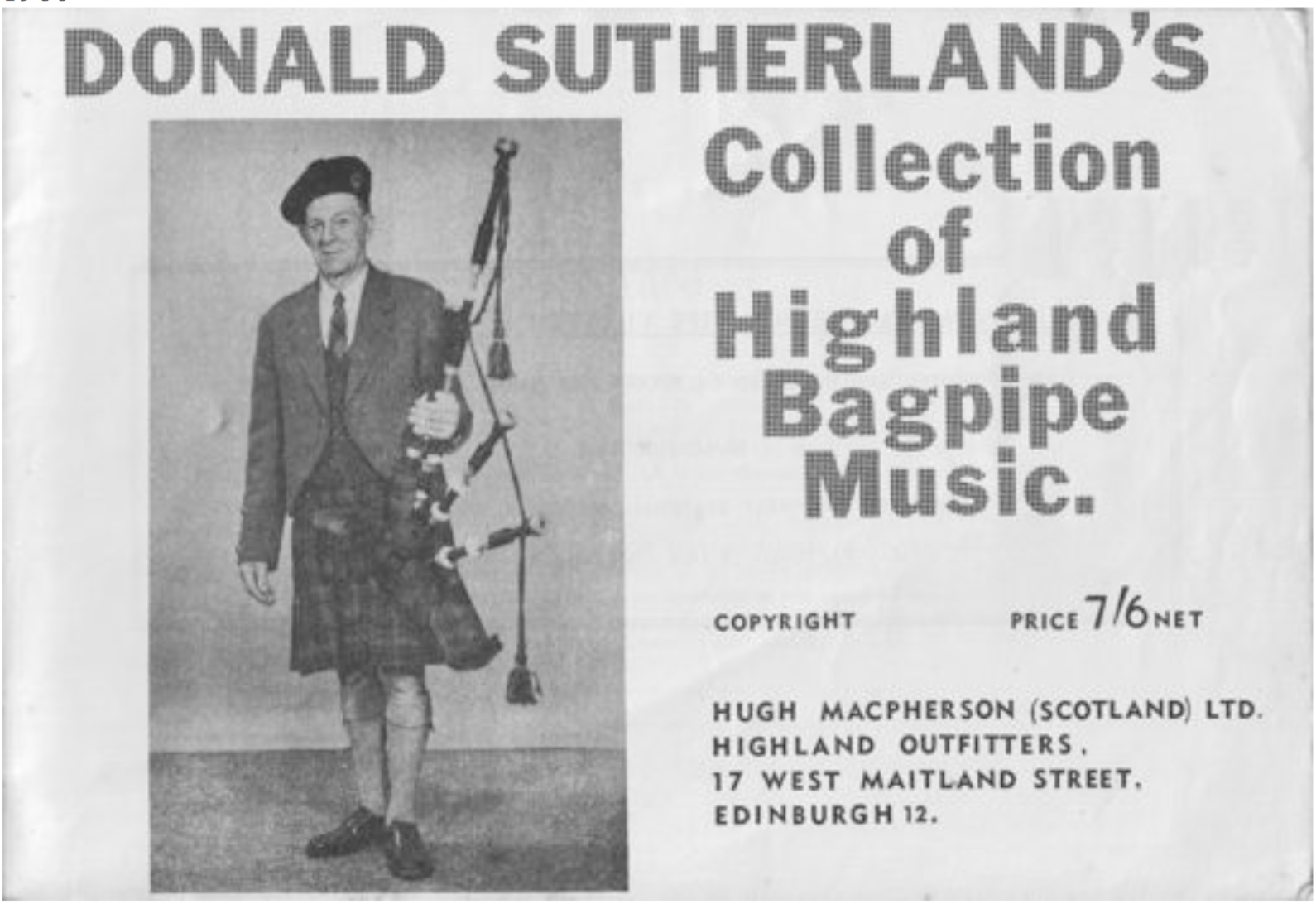 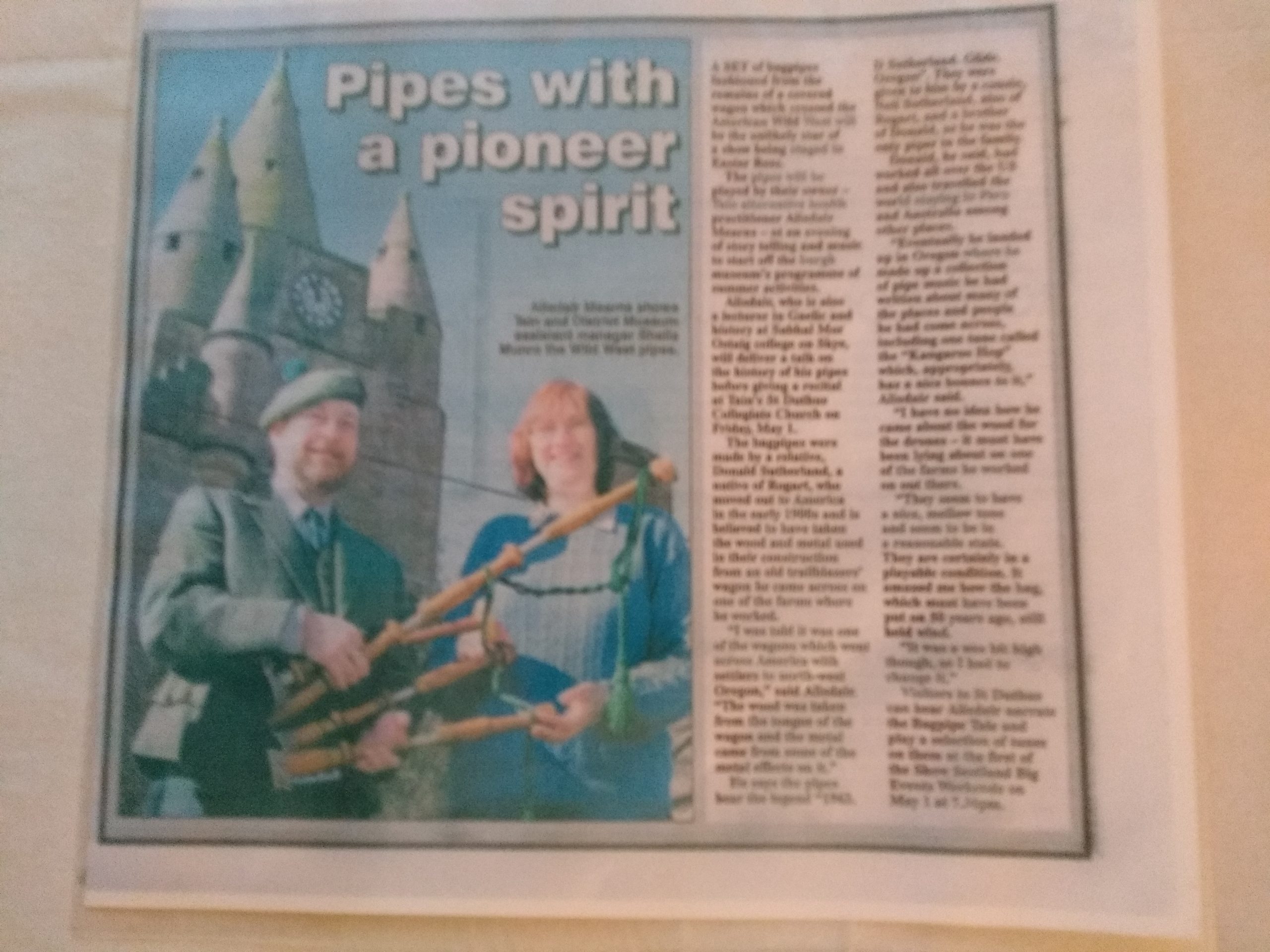 In 1910 Donald Sutherland a shepherd from Coire Chaorachaidh, Rogart received his eagerly awaited immigration papers. From that moment Donald, a talented piper and heavy weight athlete, embarked on a globe-trotting adventure over the next several decades.

Donald was a man of many talents and was described in an article in the Northern Times as the “Rogart Hercules” due to his athletic prowess. Along with his brother John William, Donald competed as a heavyweight athlete in Highland Games across the north of Scotland. John William, who also emigrated to America, held records at the Halkirk Highland Games in Caithness that stood for decades. The Northern Times reported:

“Mr Donald Sutherland and his brother (J.W), two outstanding athletes, gave weightlifting exhibitions at a concert in the local Drill Hall. A prize offered to anyone in the audience who could emulate their feats was not won.” (Northern Times, 1910)

The brothers shared another talent and were both keen pipers and talented composers. Rogart at this time had a lot of pipers who it is said all learnt from and influenced each other. Donald had learnt piping from George Murray of the Lovat Scouts, which had a reputation for piping. He also studied with Donald MacLeod, Golspie and stayed in communication with both men.

Despite such success Donald yearned for another life as can be seen from his great nephew Alasdair Mearns description of the moment Donald received his immigration papers:

“The place he was working is called Craigton, or in Gaelic, Creagach an Nathrach. The road to Craigton goes well over 1,000 feet. They were working on that road, breaking metal as they called it at the time, the stones and stuff. Hard, hard work. Apparently the postman came with Donald’s papers that he could go and he just downed tools and left, saying ‘I’m oouta here’. He was just so fed up with the way things were. It was a tough life and he saw another chance.” (Piping Times, 40)

South America and beyond

Donald’s first adventure was to Peru where he worked as a sheep farmer and reputedly lost his favourite chanter in the Peruvian mountains. He then spent some time in Argentina before arriving in the United States of America in 1913.

By the 1920s Donald was in Australia where he met and studied with Simon Fraser and his son Hugh. Donald returned the USA in 1930 where he worked on Tom Mor MacRae’s ranch near Cohagen, Montana. It was to Montana that Donald’s older brother Neil had also emigrated, and he had settled in Billings a city founded in 1882 and nicknamed the ‘Magic City’ due to its rapid growth which made it seem to appear overnight.

There were other pipers working on the ranch allowing Donald to continue to hone his skills. The pipers included Farquhar Ewen Finlayson, a renowned New Zealand piper, A.K. Cameron, John and Donald Renwick and Kenneth MacDonald. It was here that Donald learnt to make pipes; Colin Macrae said Donald made at least 3 sets of pipes.

One of these sets was made from the oak and brass fittings of an old wagon that had come across the Oregon Trail, probably in the mid 19th century. It is said Donald had come across the old trailblazer’s wagon on a farm in Oregon where he’d put his pipe making skills to use.

The Oregon Trail is a 2,170 mile wagon route and emigrant trail that connected the Missouri River to the valleys in Oregon. Initially laid by fur traders from about 1811 to 1840 it was only passable on foot or horseback. By 1836 a wagon trail had been cleared to Fort Hall, Idaho and cleared increasingly farther west eventually reaching Fort Walla Walla by September 1840. The first transcontinental railroad was completed in 1869 proving faster, safer and usually cheaper travel although some emigrants continued to use the trail well into the 1890s.

Donald’s talent for composition is evident in his Collection of Highland Bagpipe Music published in 1960 by Hugh Macpherson Highland Outfitters in Edinburgh. Donald’s book contains several tunes that have since become classics. While the story of his life can be glimpsed from the titles of his tunes such as ‘Farewell to Craigton and Strath-Brora-1910’ and ‘Donald Sutherland’s Welcome back to Rogart’.

In the preface Hugh Macpherson writes:

“This unique pipe music book compiled in the United States by Donald Sutherland, a native of Rogart, contains some very attractive tunes, which will appeal to pipers in all parts of the world. It has been a labour of love, because, like so many Rogart men, Donald Sutherland reared in a lovely Highland parish, thrills to the sound of the piob mhor, which is all the sweeter when one is six thousand miles from home. I am particularly pleased to publish this music book, because Donald Sutherland and my father, Robert A. Macpherson, were boyhood friends in Rogart, and, indeed in their early days, were heavyweight athletes of no mean prowess. To all those who have assisted, Donald Sutherland expresses his sincere thanks. He is particularly indebted to Pipe-Major Donald Shaw Ramsay, B.E.M. for his helpful advice.”

Donald’s brother John William also composed many tunes, but modesty prevented him from publishing and before his death he instructed his wife to burn all of his compositions. John taught mathematics in a High School near Portland, Oregon, coached track and taught piping at Colin MacRae’s Oregon College of Piping.

When Donald died the pipes were sent to his nephew, Bert Sutherland in Rogart who in turn passed them to his first cousin once removed Alasdair Mearns. Alasdair kindly donated the pipes to Strathnaver Museum where they have been added to the collection.

The last time Donald visited Scotland was in 1938. However, he didn’t forget his roots and in 1958 he offered to buy practice chanters for necessitous students in Sutherland if the school would allow piping instruction. Donald settled and lived the rest of his life in Glide, Oregon, married twice and still has family there.

Allan MacDonald, The Northwest Collection: A collection of music, photographs and essays, in Piping Today (52), (18 December 2012). Available from: https://issuu.com/designfolk/docs/ptissue52, pp44-46

John Dally, (28 June 2012), Some Forgotten history of piping in the Pacific Northwest. Available from: http://pipersgathering.org/apna_old/?p=3158.

A list of the tunes in Donald Sutherland’s Collection of Scottish Bagpipe Music https://www.rspbani.org/viewbook.php?id=149