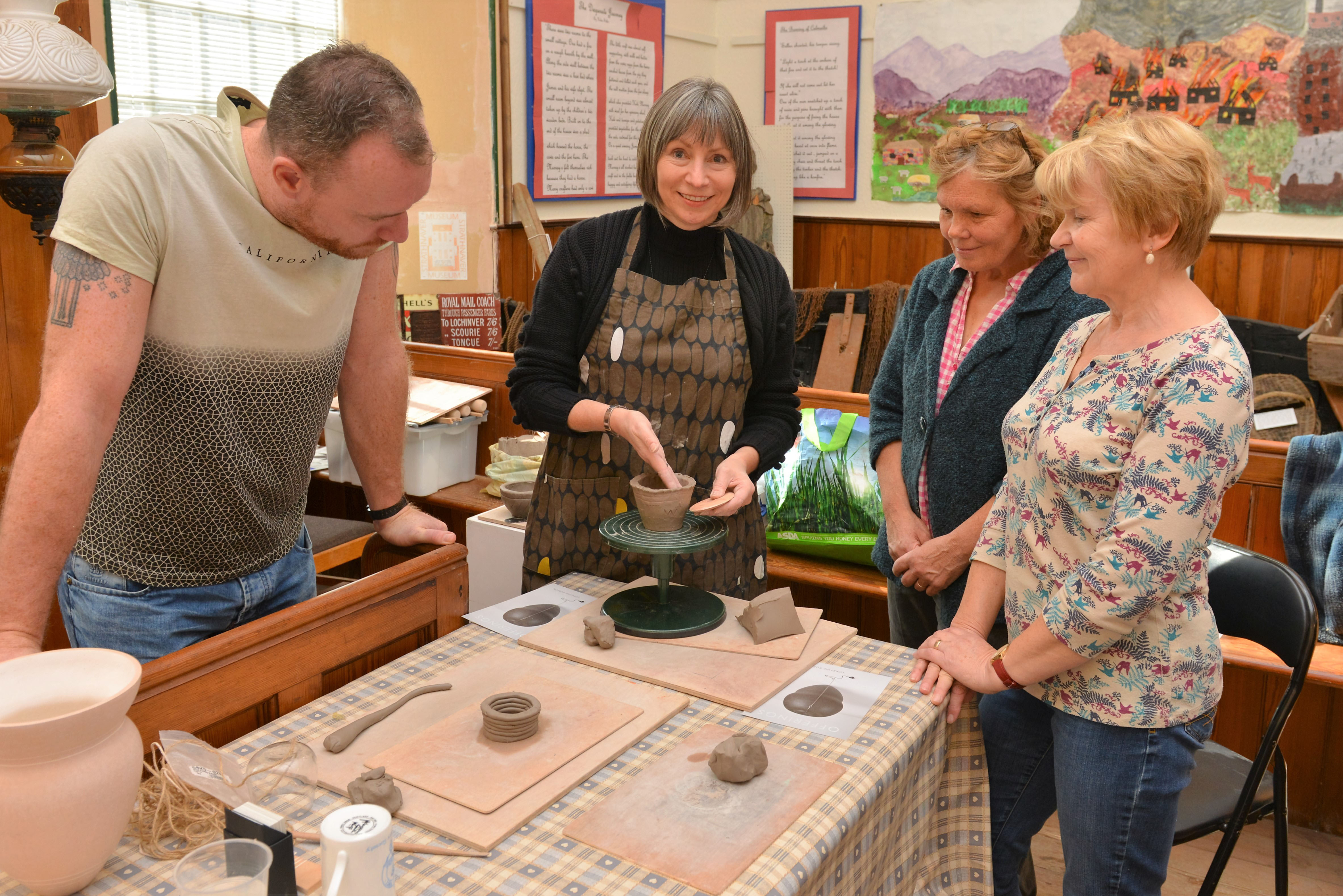 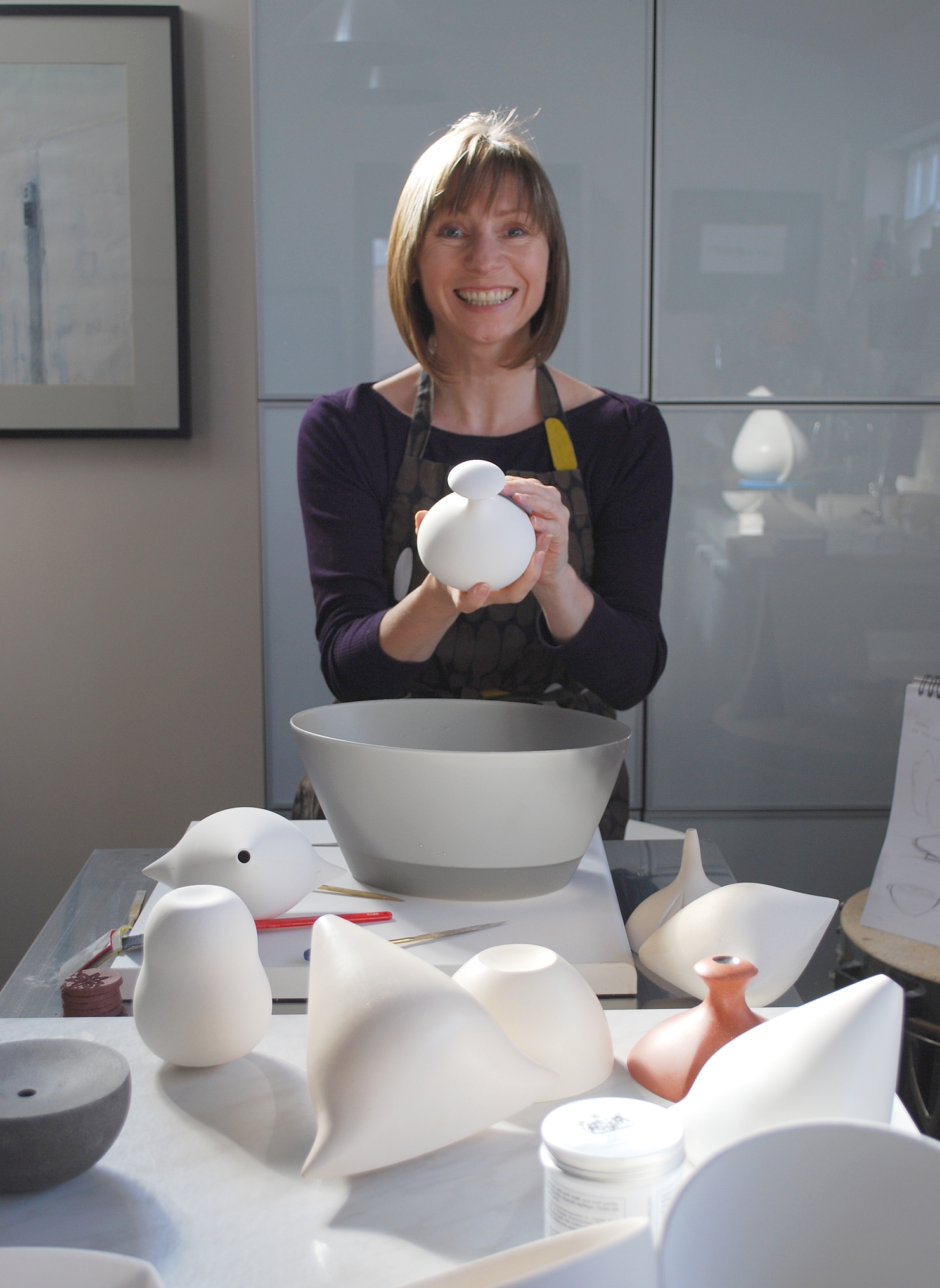 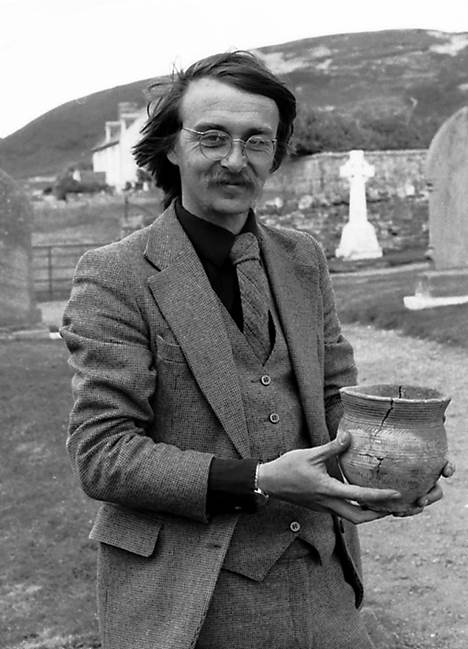 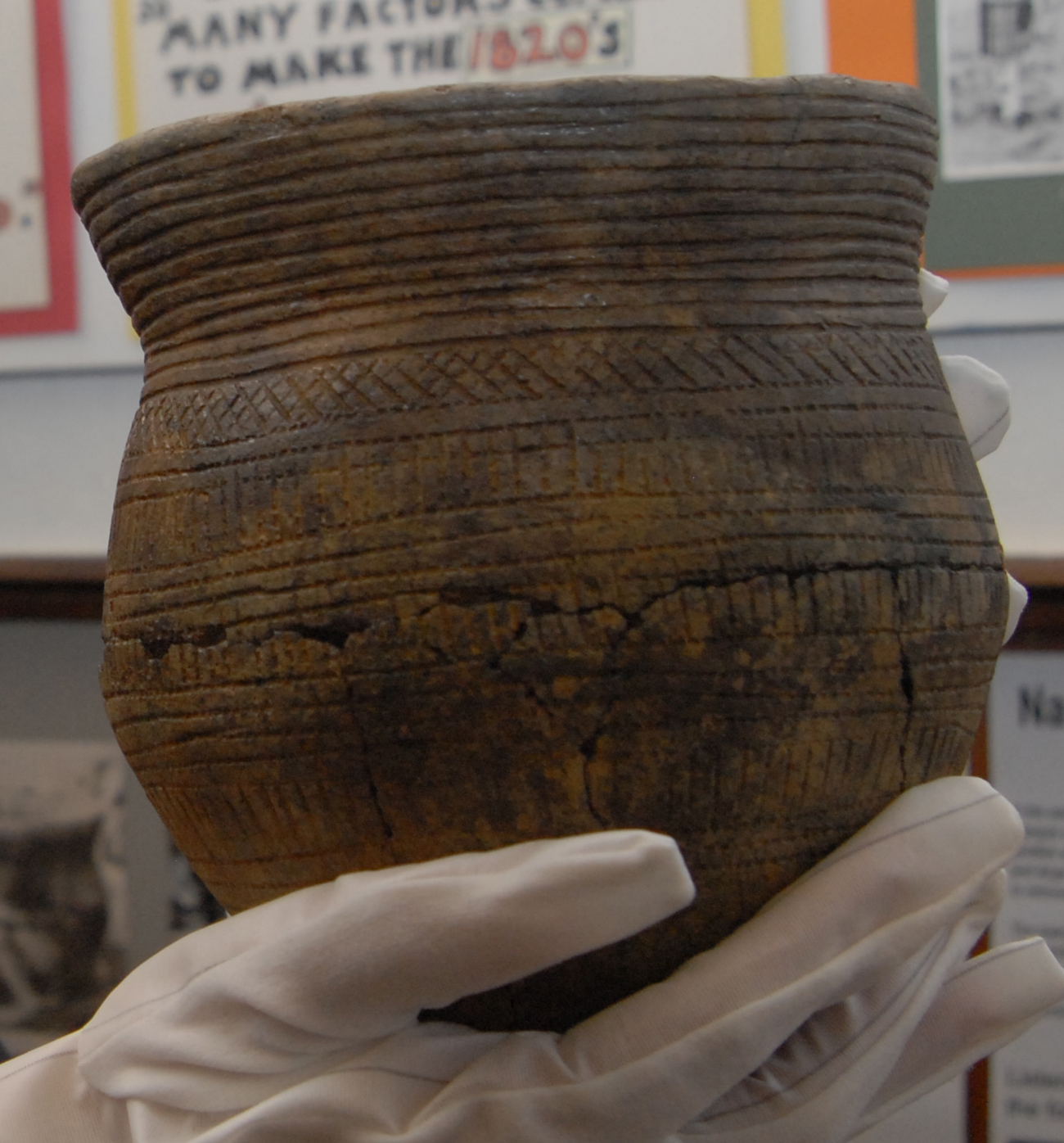 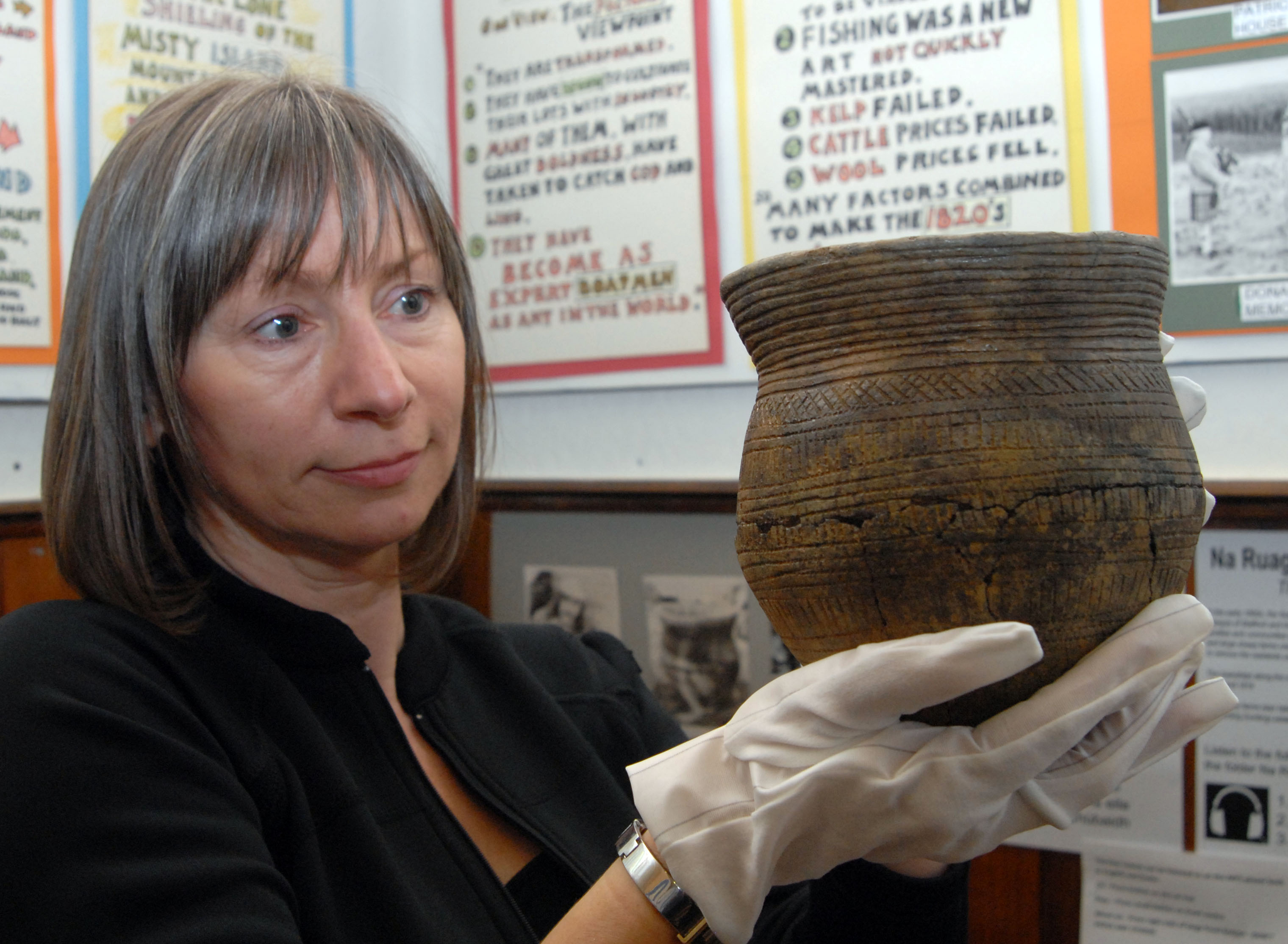 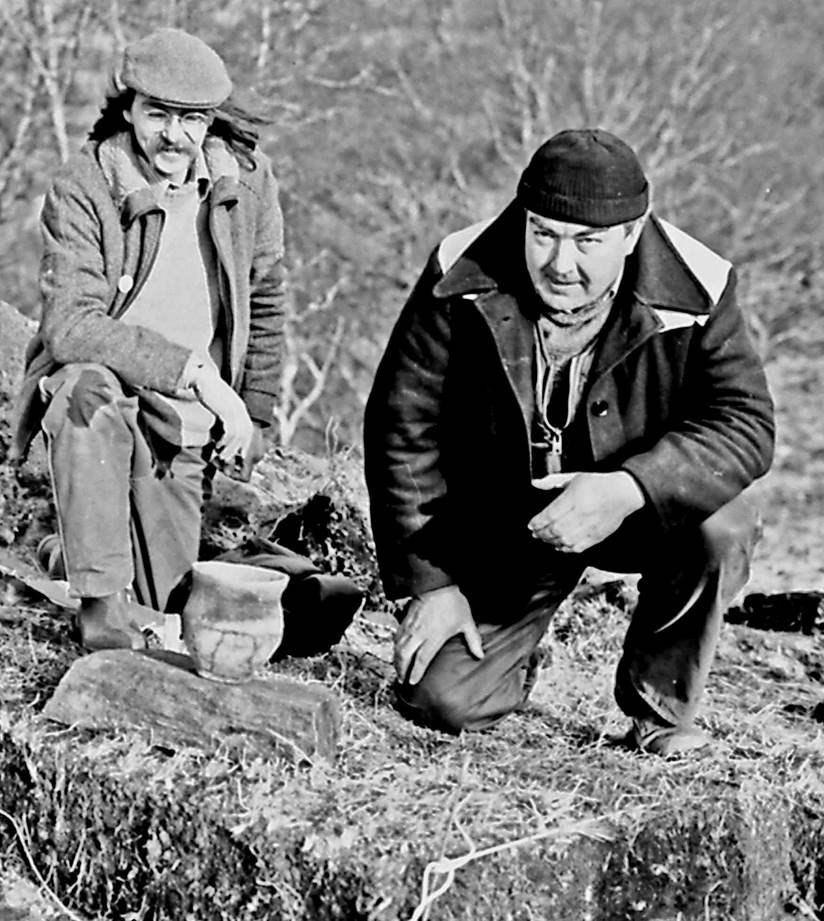 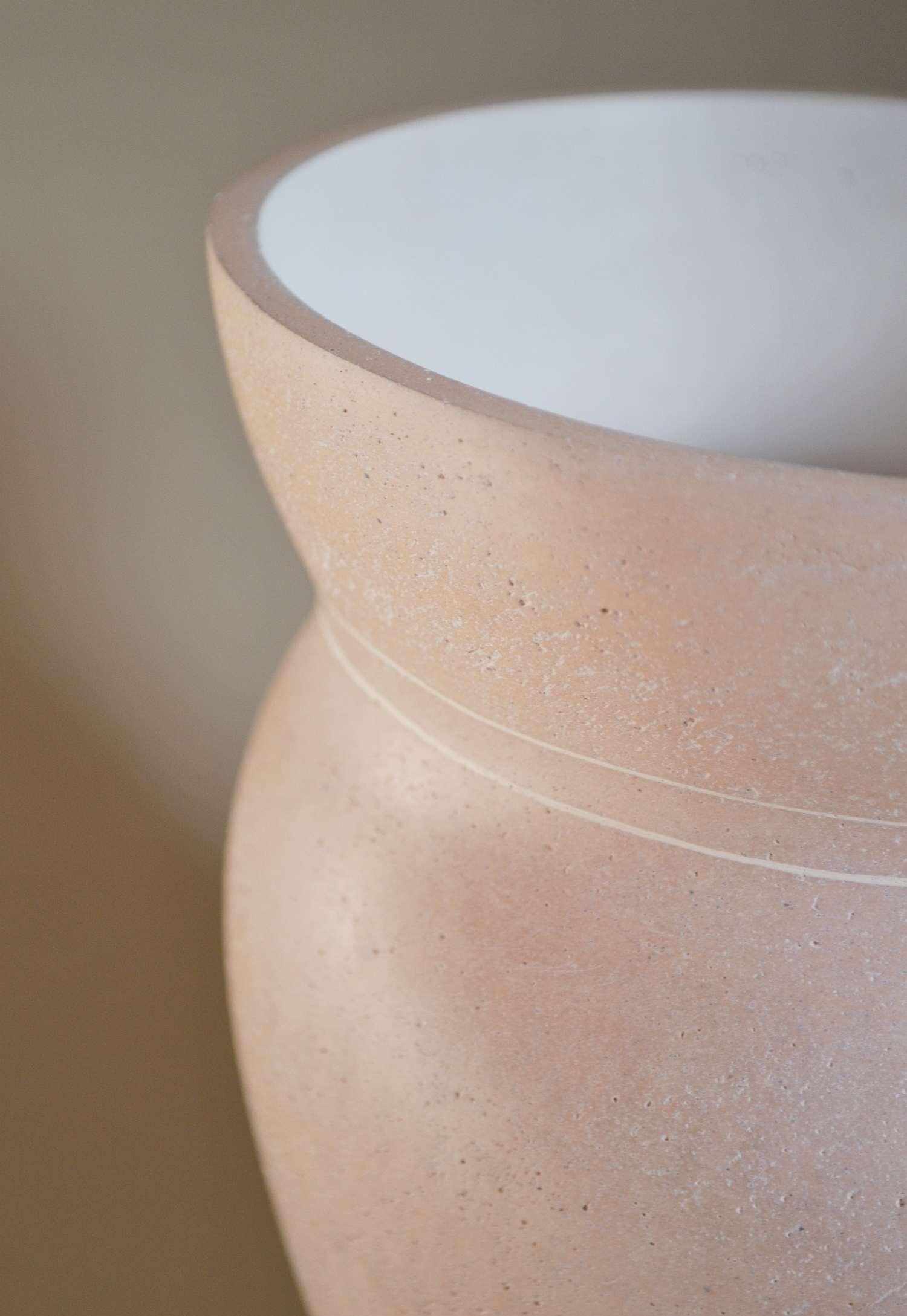 Strathnaver Museum may be best known for its exhibits relating to the Sutherland Clearances of the early 19th Century but, given that the great valley from which it take its name has a history stretching back to the Mesolithic, the museum is also home to some more ancient artefacts.

Prime among these is the Chealamy Beaker, dating from the early Bronze Age, which was unearthed by Highland Council roadmen in the early eighties when straightening one of the Strath road’s many bends.  The cist burial within which it was encased was excavated by the then Highland Archaeologist, the late Bob Gourlay, and the magnificent 2500 plus year old clay pot was eventually returned to the Museum where it still takes pride of place.

Consequently, archaeology has played a regular part in the Museum’s projects and that was so again this year when, as part of the Highland Archaeology Festival, well known Scottish ceramicist Lorraine Robson made her third return to the Museum to engage locals and visitors in the art of pottery with special relevance to the Chealamy Beaker.

Lorraine, whose work has been exhibited as far afield as New York and Taiwan, is as much at home with the techniques practiced by her ceramicist forebears of a hundred generations ago as she is with those of the 21st Century. On Saturday the 8th, she engaged groups of locals and visitors in the ancient art. As on previous occasions with the Museum’s outreach project this went down very well with all participants eventually producing a pot of their own using Bronze Age methodology.  The event was funded under a small grants scheme by Museums and Galleries Scotland.