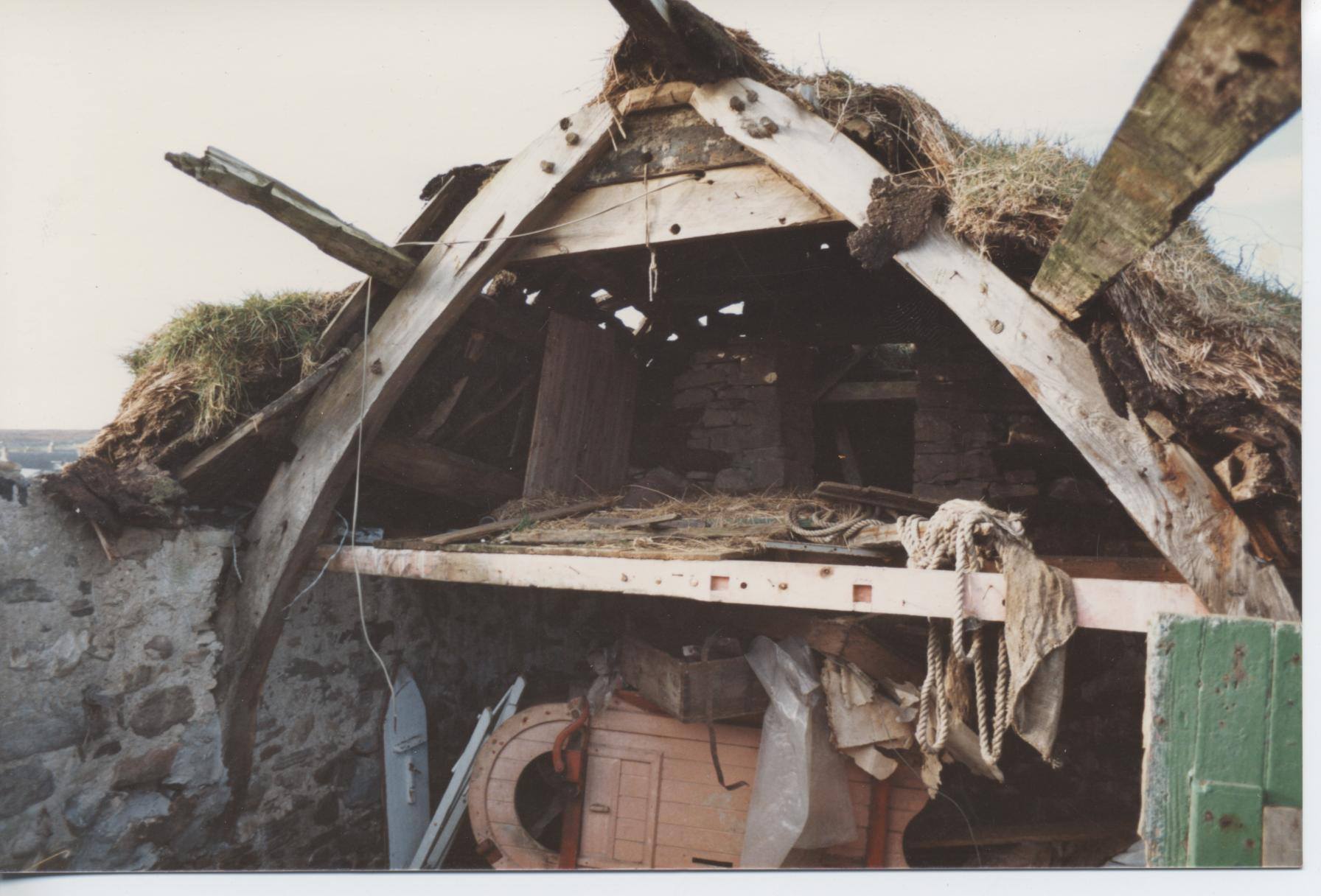 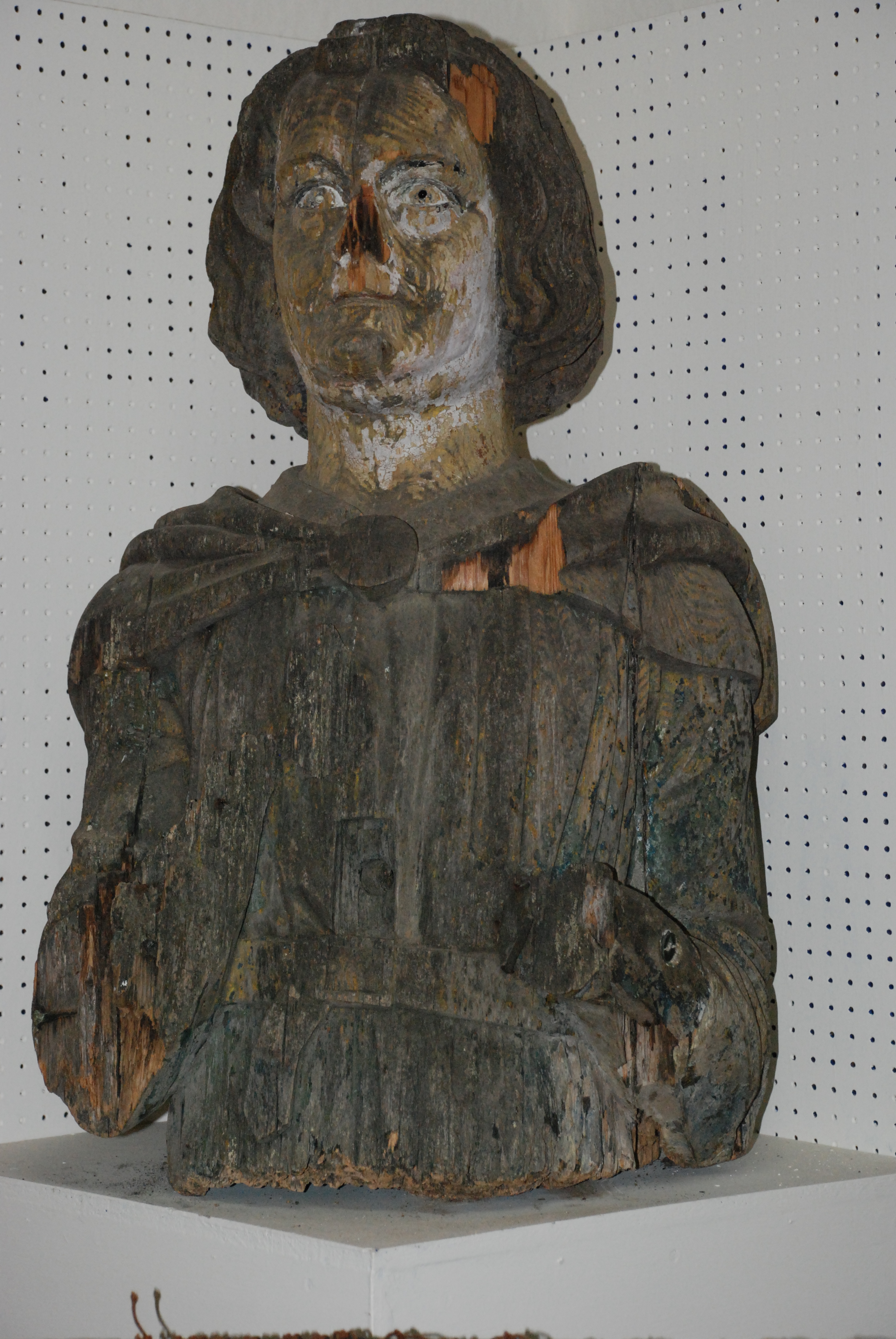 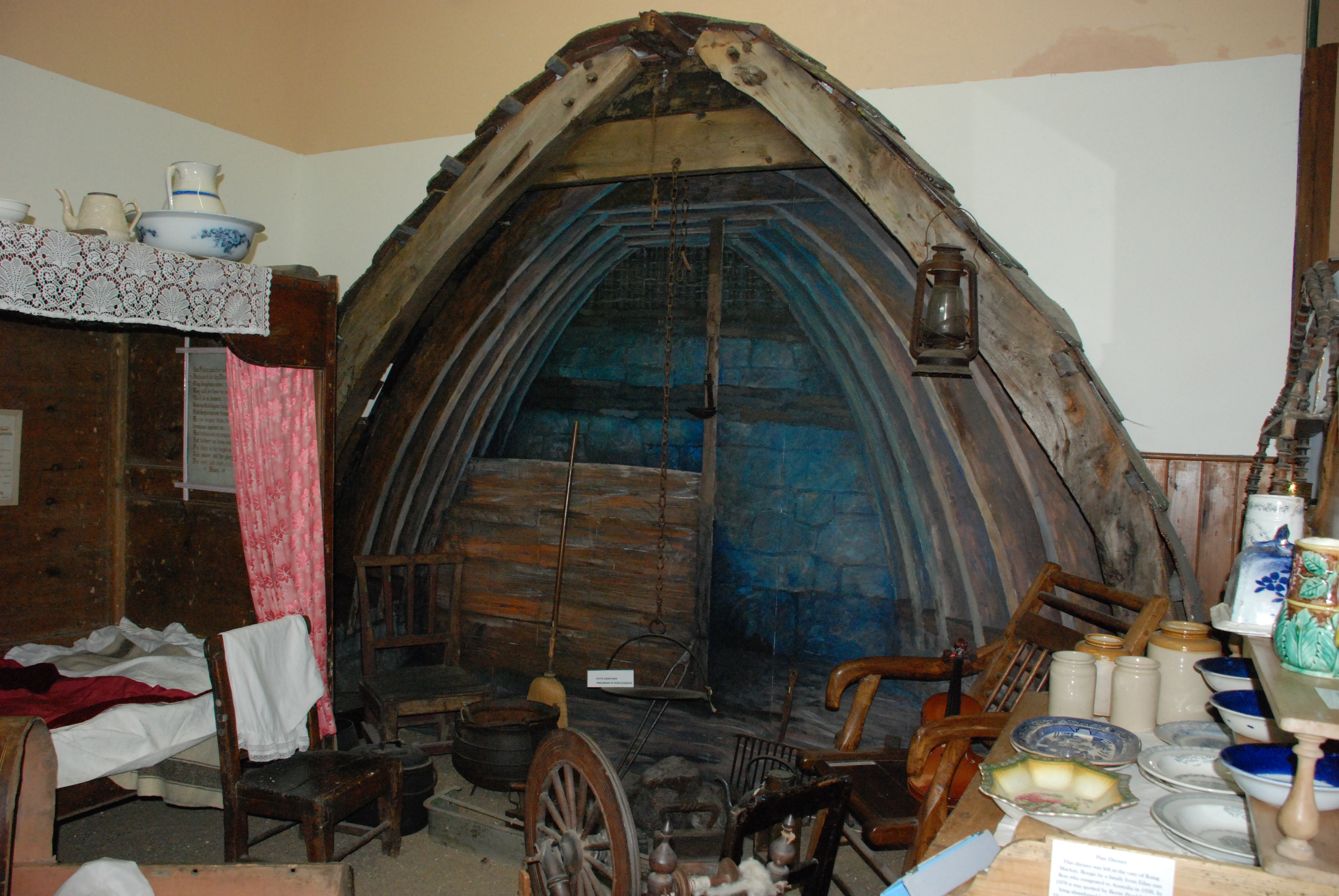 The figurehead of the ‘Thorwaldsen’ is displayed proudly in the corner of Strathnaver Museum.  I have chosen this item and its associated artefacts because the story connected to them significantly spans several themes in our local heritage.

The wooden figurehead was sculptured by Hans Michelsen (1789-1859) who was born in Trondhjem and worked under Bertel Thorvaldsen an internationally famous Danish sculptor based in Rome.  It formed the figurehead of a Norwegian ship which was shipwrecked off Strathy Point in 1858.

The museum holds three items connected to the Thorwaldsen.  The most significant is the figurehead but a medal presented to a local man for bravery, after the shipwreck disaster, also highlights the areas fishing heritage.   Thirdly the timbers from the hull of the ship are also a dominant feature in the museum as they form the roof cruck in our croft house display.

The following narrative is a summary of the story of the disaster.

“The ‘Thorwaldsen’ a Norwegian barque of about 300 tons left Cardiff for Trondhjem in Norway with a cargo of coals on 26 February 1858.  She carried a crew of 12 and 2 passengers.  Her Captain was Hans Berg and one of the passengers was the Captain’s young English wife Eleanor.

From leaving port the ship experienced heavy gales.  Their course took them round the north side of Ireland and after three days the storm abated.  However the lull did not last, the gales became increasingly ferocious and was accompanied by heavy snow.  They had great difficulty observing where they were and mistakenly thought they were off the coast of Shetland when actually heading towards Strathy Point in Sutherland.

On the evening of the 9th March on seeing land Captain Berg ordered the anchor to be ‘let go’.  This resulted in the ship swinging round broadside, her main mast going over, tearing out the ship’s side and breaking the hull into three pieces.  Only four seamen managed to survive by clinging to the broken stern of the ship.  The remaining crew and passengers including the Captain’s wife were washed overboard.  The Captain did not survive, but as his body was jammed between the main-top and part of the deck it was able to be retrieved and buried in the local graveyard at Strathy.

The scene had been witnessed on shore by a crowd of local people but though they were within shouting distance, they had no means to come to their rescue.  The nearest boat, a coble was four miles away but it was eventually retrieved by horse and cart in darkness amidst blinding snow showers.  Four local men rowed the coble out to the stricken ship but it took three attempts before they managed to reach them and bring them ashore exhausted after their long exposure, where they were cared for at the local Inn.

On 7th May 1858 a letter was sent to the press telling the very touching story of how the remains of Mrs Berg had been washed ashore.  She had been identified by her initials ‘EB’ on her undergarments and was laid to rest beside her husband in Strathy graveyard.”

The second item is the story of the medal awarded for bravery which appeared in the local paper in November 1985.  The late Angus Macdonald of Bettyhill was the proud owner of a bronze medal which was awarded to his grandfather, also called Angus Macdonald, for bravery in rescuing the survivors from the stricken ship.  The Board of Trade medal was specially commissioned from solid bronze, depicting Queen Victoria on one side and a stylised rescue scene on the other with the edge bearing Mr Macdonald’s name.