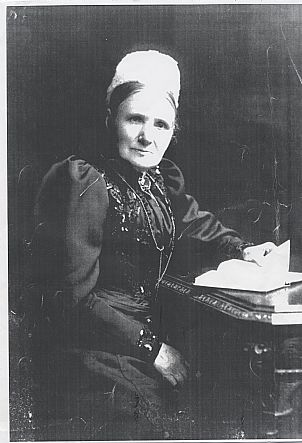 At the well known local hostelry, the Lochleven Inn, Kinross, there passed away in the early hours of Sunday morning, 23 March 1924, Mrs James Downie who, if we mistake not, was at the time of her death the oldest hotel keeper in Scotland.

Born in Armadale, Sutherlandshire, ninety-three years ago, Mrs Downie has for the past 66 years been identified with the Lochleven Hotel and since the death of her husband in 1893 has as proprietrix, been a distinct and engaging personality. Up to the time of her death her mental faculties remained unimparied. Notwithstanding her long sojourn in the more central parts of her native country, she retained in a remarkable degree, the best qualities of her early upbringing consisting of a refined Highland courtesy, a predeliction for old customs, a dislike of any approach to ostentation and a strong attachment to the old Free Church of Scotland.

Her residence, the old Lochleven Inn contains a bit of ancient ecclesiastical history as it was formerly the Divinity Hall of the Secession Church where the Gentle Poet of Kinross-shire Michael Bruce and his bosom friend Mr George Henderson of Turfhill pursued their studies.

Information from the Kinross-shire Advertiser.

A large number of descendants are left to mourn Mrs Downie’s loss and the funeral to the West Burying Ground on Thursday, which was attended by a large concourse of mourners testified to the esteem in which her memory was held.