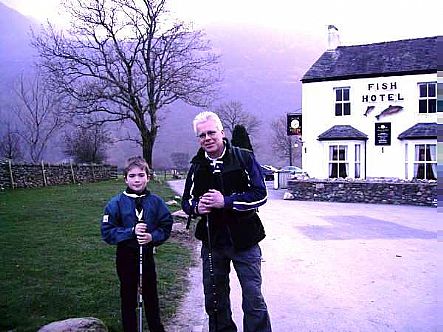 My father was Ian Richard Cameron Mckay and Mother is Euphemia Cromb Mckay (nee Anderson). I was born in Edinburgh where my family lived but was brought up mostly in Perthshire. My parents moved to Lochinver, Sutherland in 1990 and my mother still lives there. My father died in Lochinver in 1996.

The image shows me and my son Christopher in the village of Buttermere and about to embark on a walk around the lake with other members of his Scout group. Taken 3/4/09.