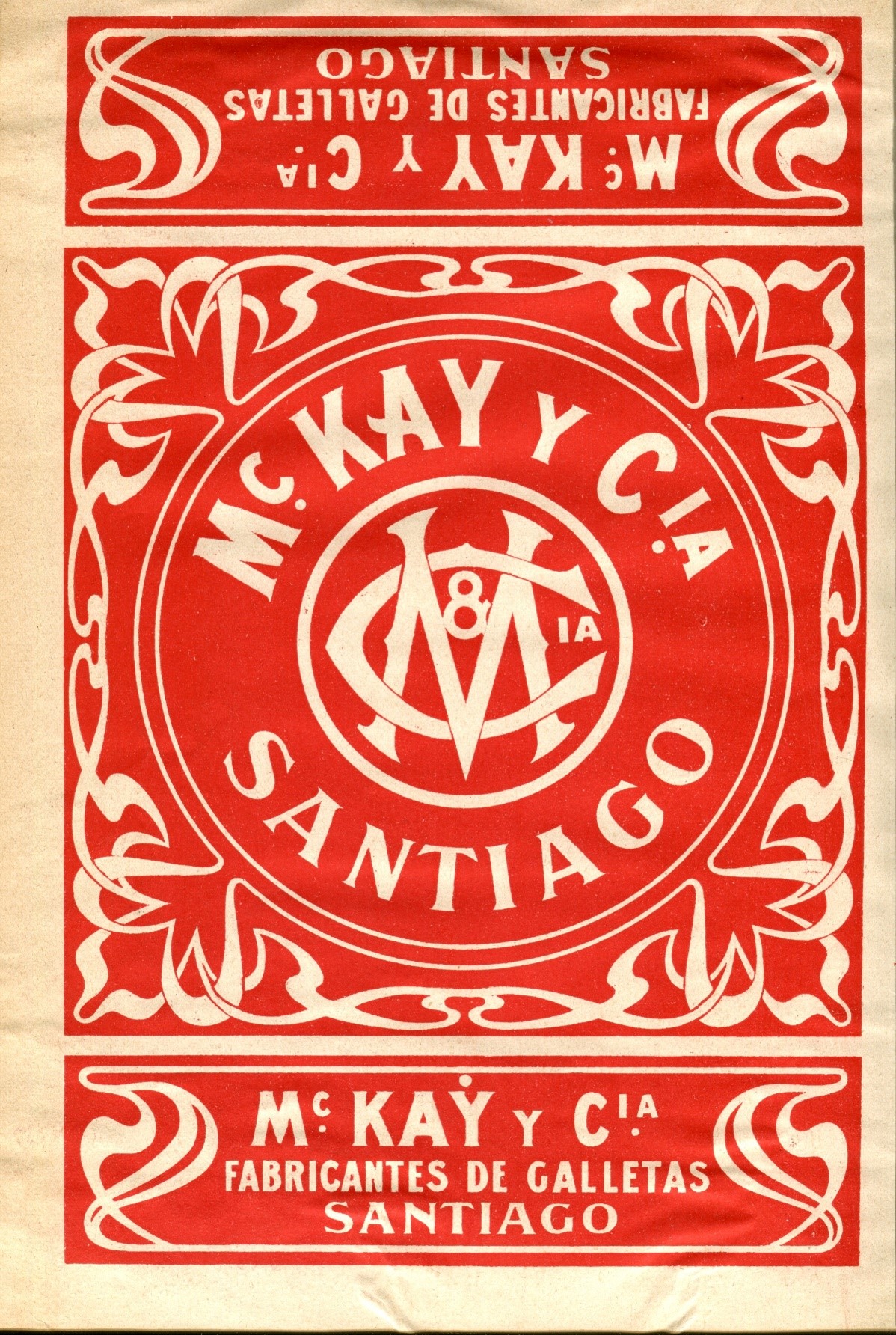 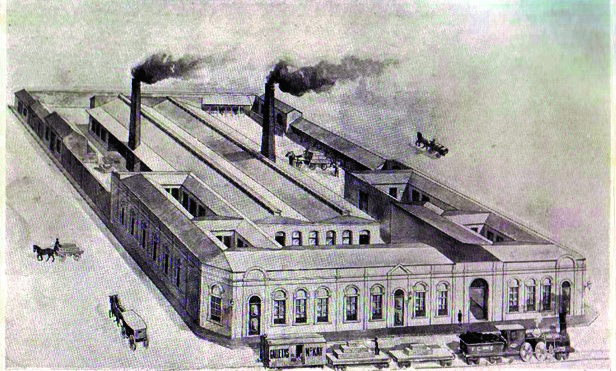 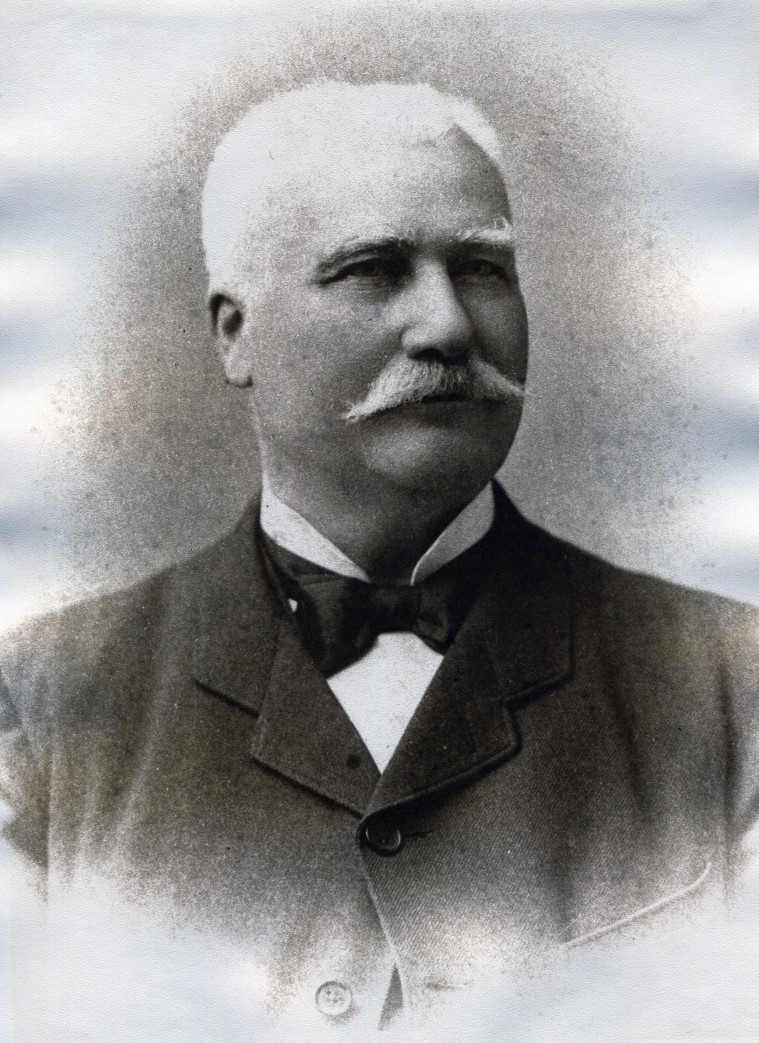 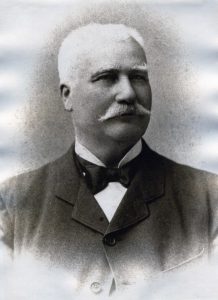 Alexander was born in the small and dynamic port city of Leith, then two miles northeast of Edinburgh.  His parents were Isaac McKay, a barber who served in the St. Helen’s Artillery Regiment in Portugal, and Jane Smith.

Alexander was the second of four siblings.  By 1841 the family were living in the harbour district and by 1851 they were residing on Burns Street near Leith Links and the father, Isaac, had been widowed.

Alexander learned the trade of miller at Gorgie Mills in St. Cuthbert’s parish which is now part of Edinburgh. He worked in at least two grain trading and milling businesses.  They gave him letters of recommendation and one included a letter of representation for when he decided to emigrate from Scotland to South America in 1868.  That year Alexander arrived in Chile.

To settle in the country, Alexander rented a mill in Linderos, Buin, near Santiago, the capital, and with it he managed to establish himself as an industrialist.  He quickly joined the industrial guild, as he was one of the founders of the main association of businessmen in the country, which is still in force today.

Probably what attracted Alexander to come to Chile in search of a future was the boom in grain exports that Chile was experiencing at the time, being the first producer of wheat on the planet, which began with the gold rush in California and later continued with shipments to England and Australia.  Along with wheat, another attractive aspect of Chile was the existence of an important British business community in the port of Valparaíso that ensured a network of reliable information, access to credit and a national and international business community.

For twenty years Alexander was a miller in Linderos, a business that allowed him to raise a family and develop a solid economic and social position.  In 1871 he married the Scottish emigrant Jane Elizabeth Brunton and they had four children.  Jane had come to Chile because her father, a professional engine drive, came to work on the first railroads in the country.

But the boom in cereal exports began to wane and Alexander, along with his family, decided to go to Scotland to learn the secrets of the cookie and candy industry, in order to create, upon their return, an industry in that area that was beginning to consolidate in Chile in those years.  They left in 1888, just the year after an important drop in cereal exports.

To achieve his plans, Alexander developed an ingenious strategy.  First, they sublet the mill and then, already in Scotland, Alexander, 45, and two of his sons, George, 15, and Frederick, 14, went to work as labourers in the recently inaugurated factory of McVitie and Price, in Edinburgh.

But, in 1891, the family’s plans in Chile were in jeopardy. A serious conflict between President Balmaceda and Congress, which was further complicated by the possibility of government intervention in the ownership of the saltpetre mines in the north of the country, which were mostly in the hands of foreign consortiums and John Thomas North (The Nitrate King).  The conflict escalated into a civil war and, as soon as it started, Alexander travelled to Chile leaving his family in Scotland. The conflict lasted several months and once the Congress was victorious (which also had the support of the many foreign colonies).  Two weeks after the last battle that gave Congress victory, Jane and her children set sail for Chile.  They brought with them innumerable packages, which contained machinery acquired in Great Britain for the factory they intended to open in Chile, many more would arrive in the following weeks.

This time, the family settled in Talca, where Alexander would found the “Fábrica Inglesa de Galletas de Alejandro McKay” in 1892. The town had been the heart of grain export during its boom, had a nascent industrialisation and a large and diverse foreign community.  The factory began offering 31 different types of cookies, which were sold not only in the city, but also throughout the country, wherever the railroad arrived or there was a port.  Soon the company of Alexander and his family stood out and, in 1895, the industry “del señor Alejandro Mac-Kay” was the most important in the area in the city.

However, the difficulties in transporting the cookies to the market in Santiago and to the port of Valparaíso, when the railway bridges were cut off by the rising waters in winter, decided to move the factory to the capital.  For this it was necessary to build a new, more modern factory, which began operating in 1903.  The company that owned the factory was now Galletas y Confites McKay.  As soon as Alexander saw it, he died that same year in Talca, and two years later his wife Jane followed him.  His children Jorge and Federico will be the ones who would remain in charge of the company.

The company continued to prosper, until it became one of the most important in the country, which became known as McKay Cookies and to which the family remained linked until 1988, developing products that are still in the market and in the memory of Chileans.

In the numerous descendants of Alexander and Jane, there has been a continued willingness to develop their own industries in the field of cookies and chocolates.

Find out more about the Mackay Country Stories project and how you can become involved at the above link.