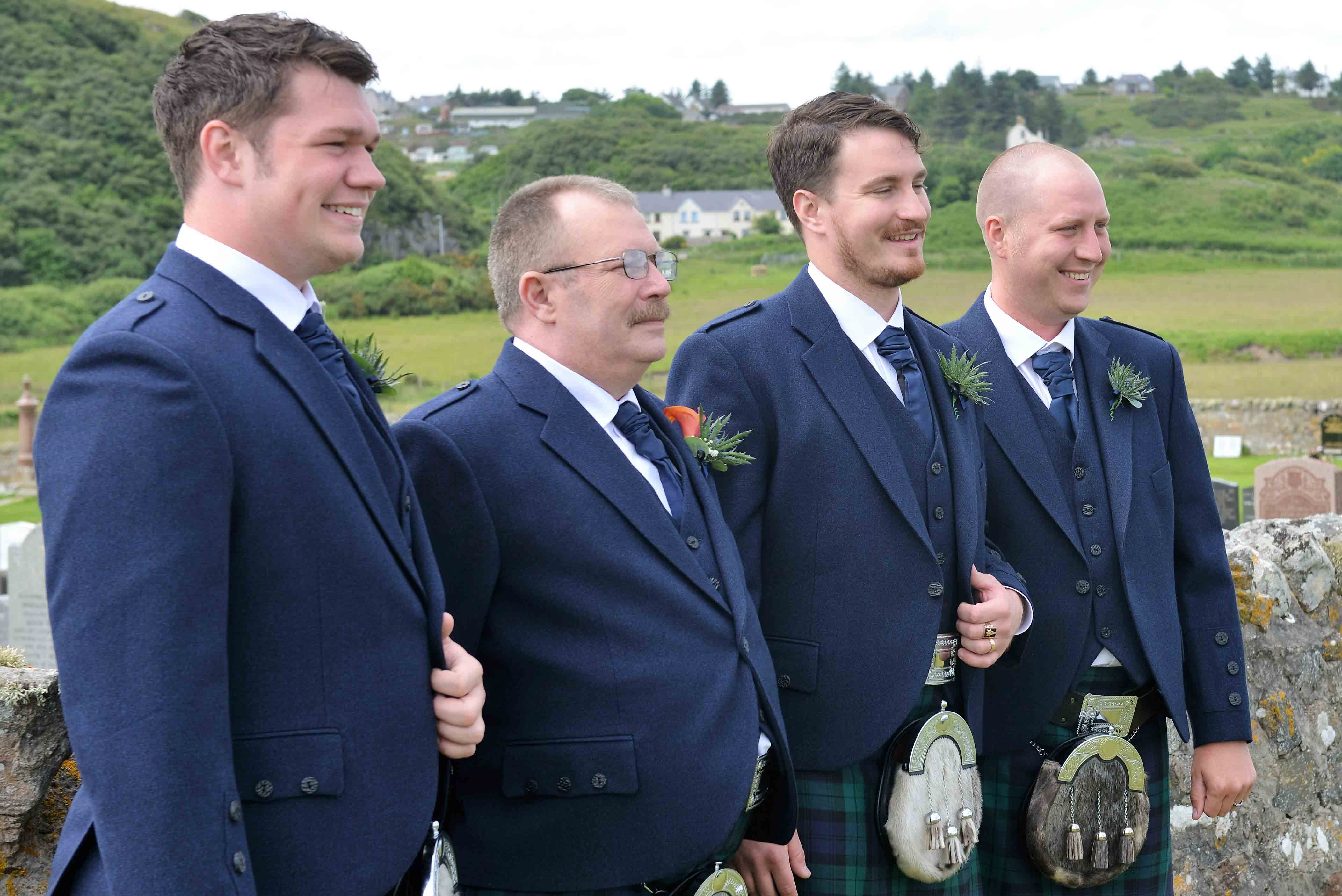 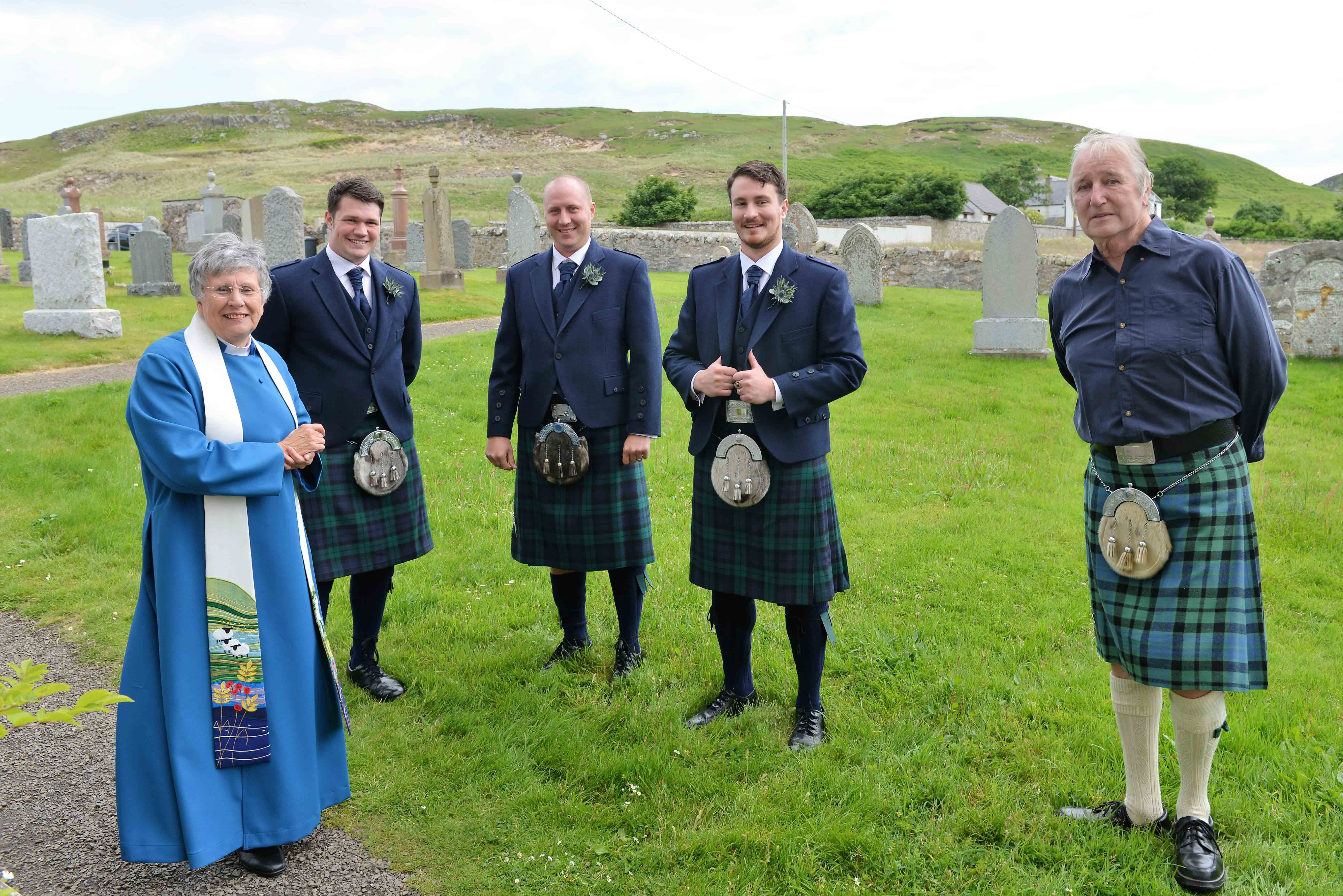 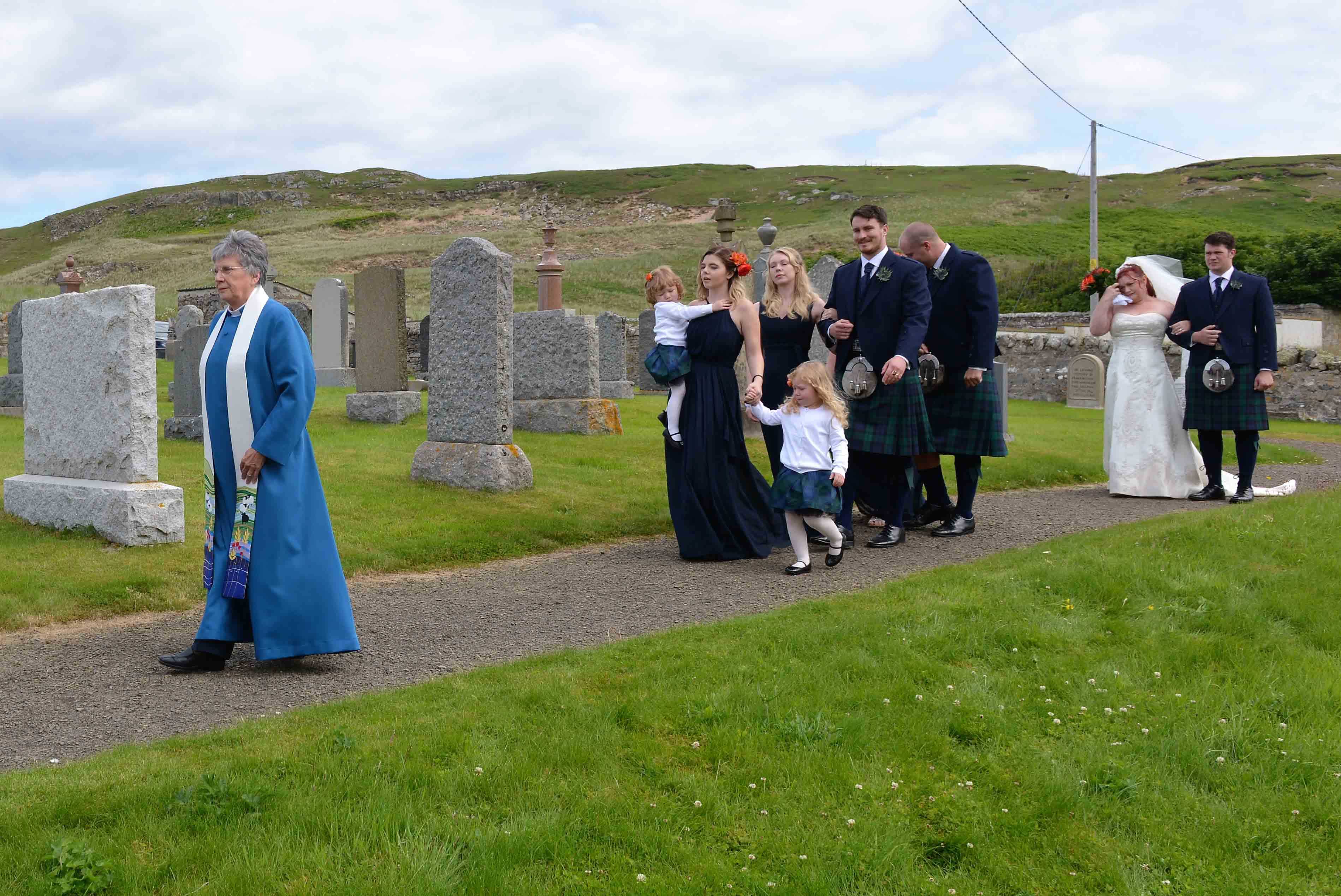 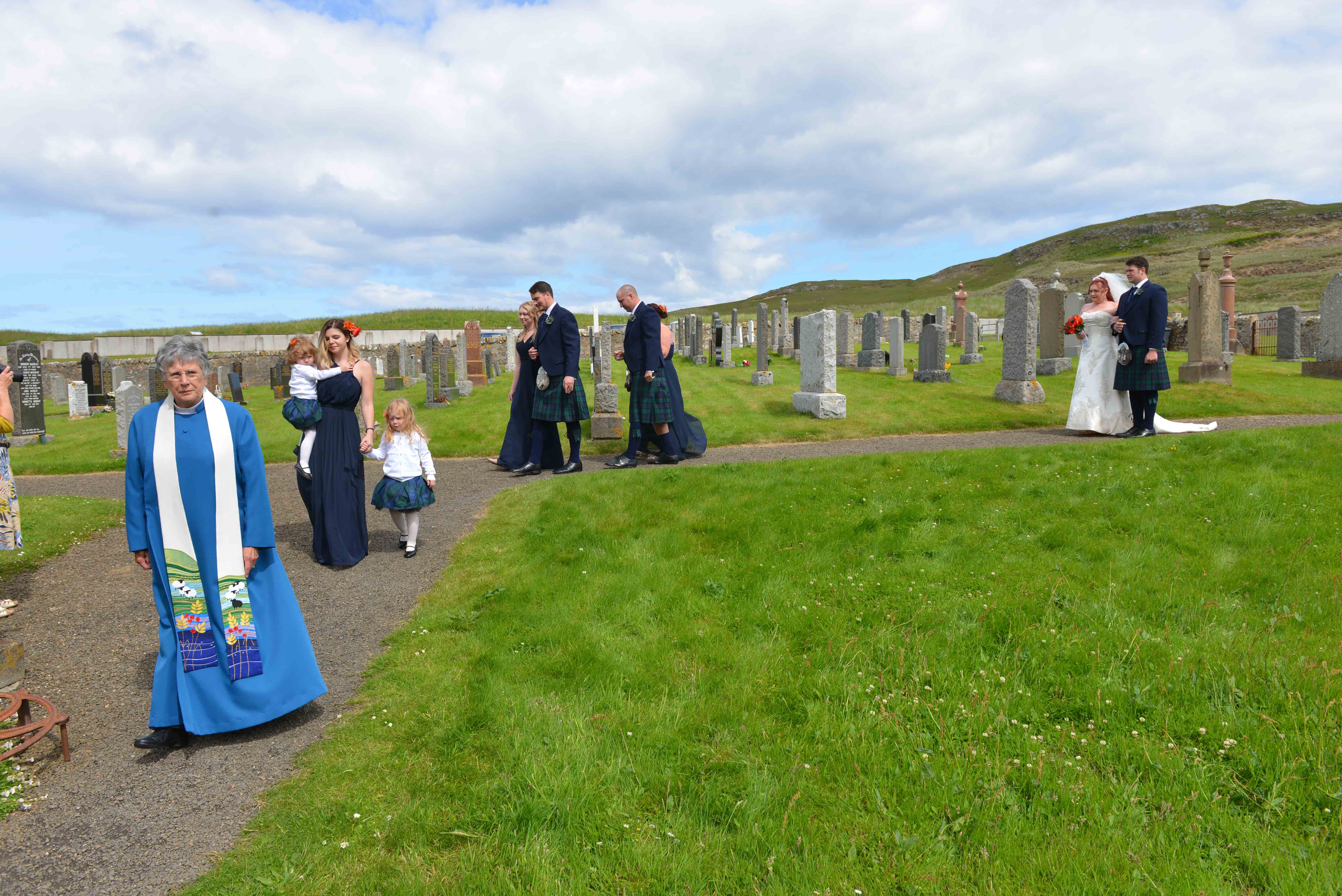 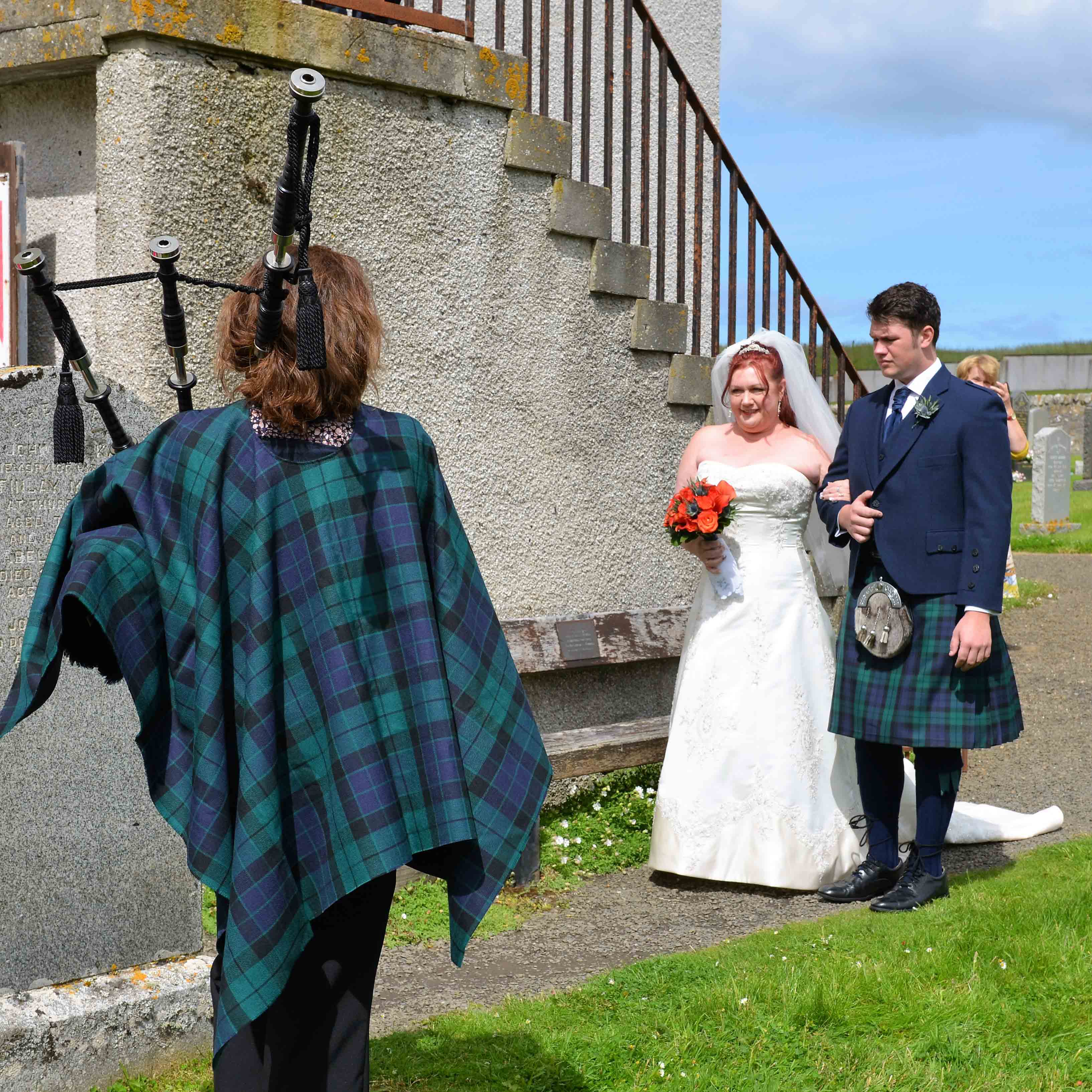 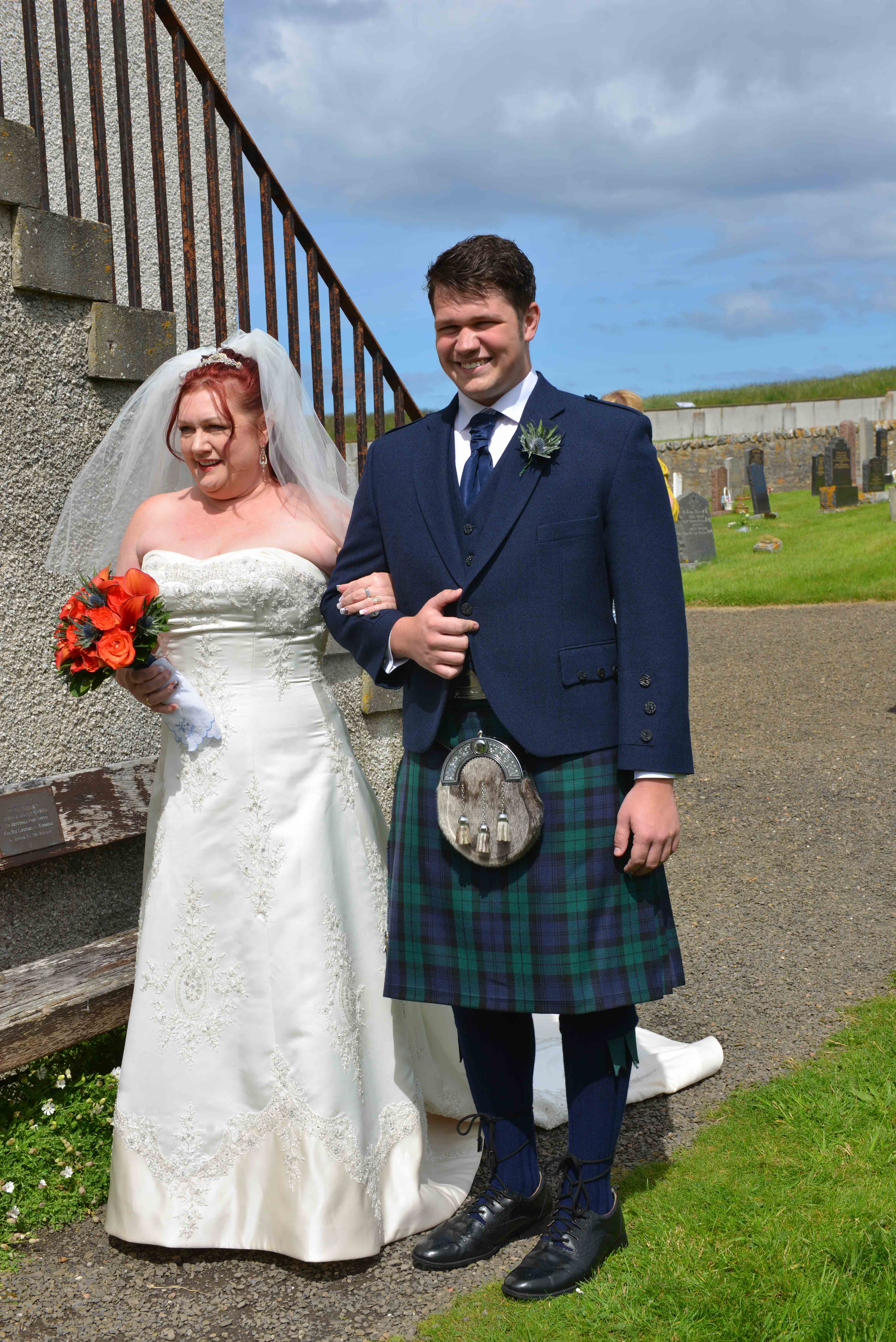 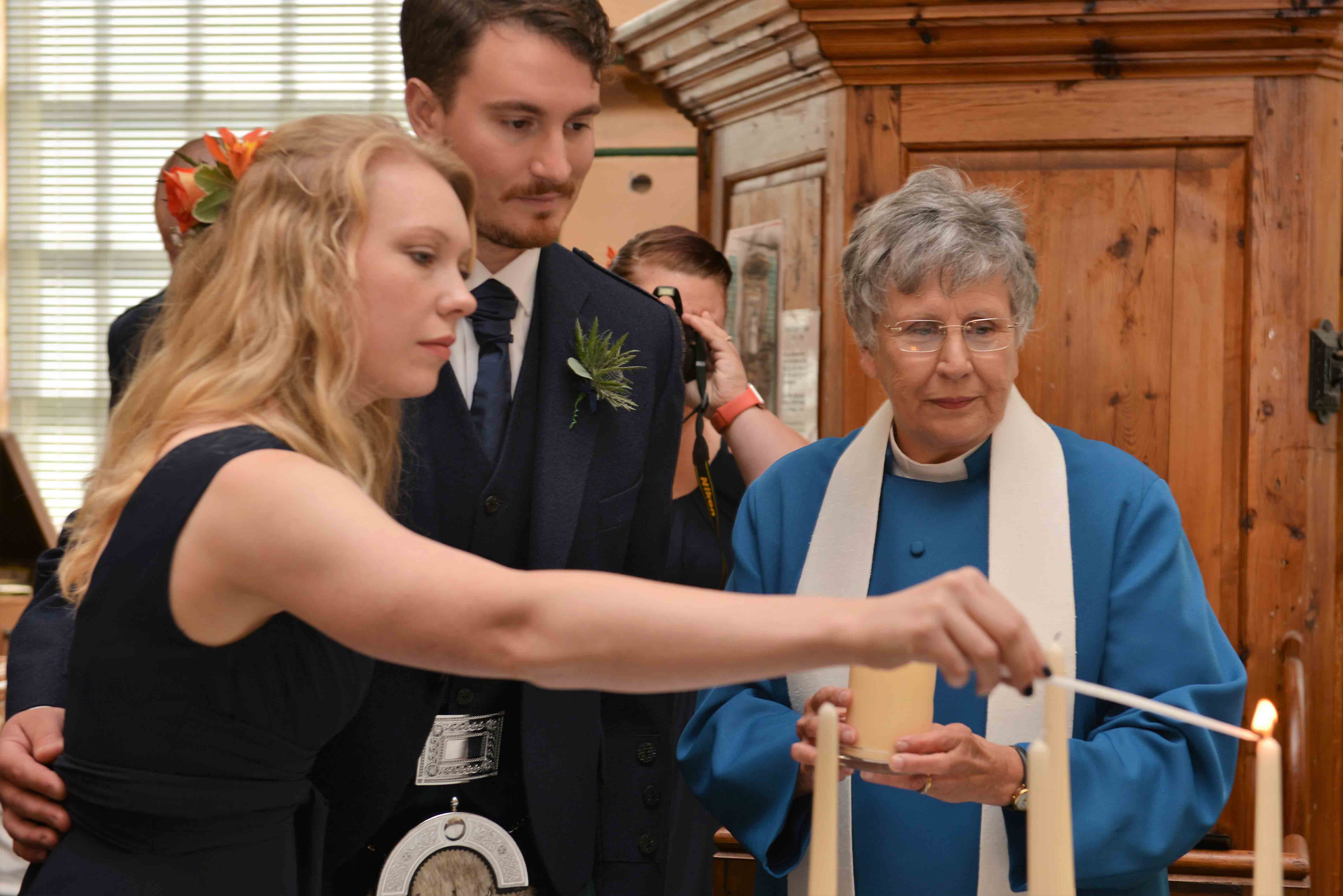 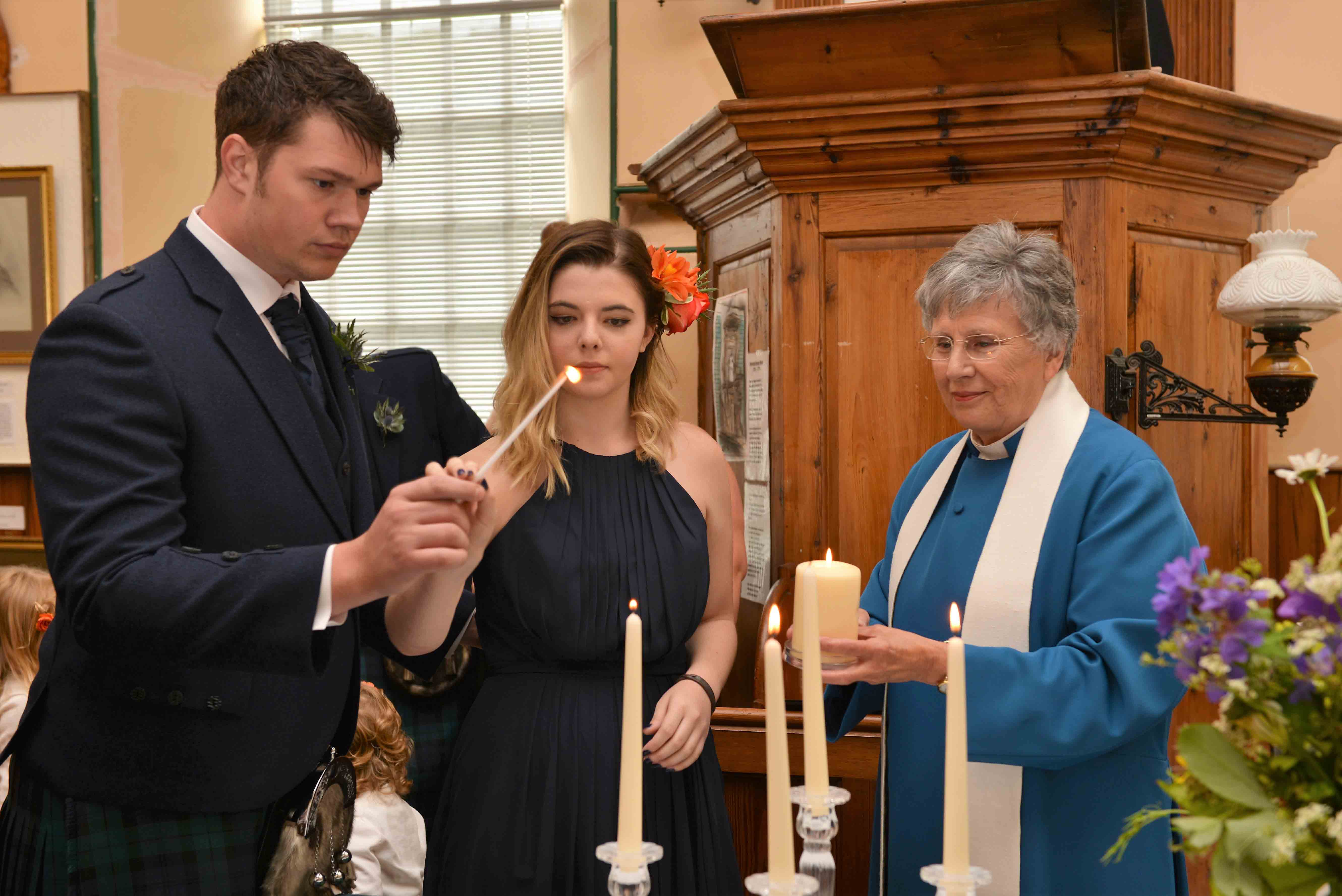 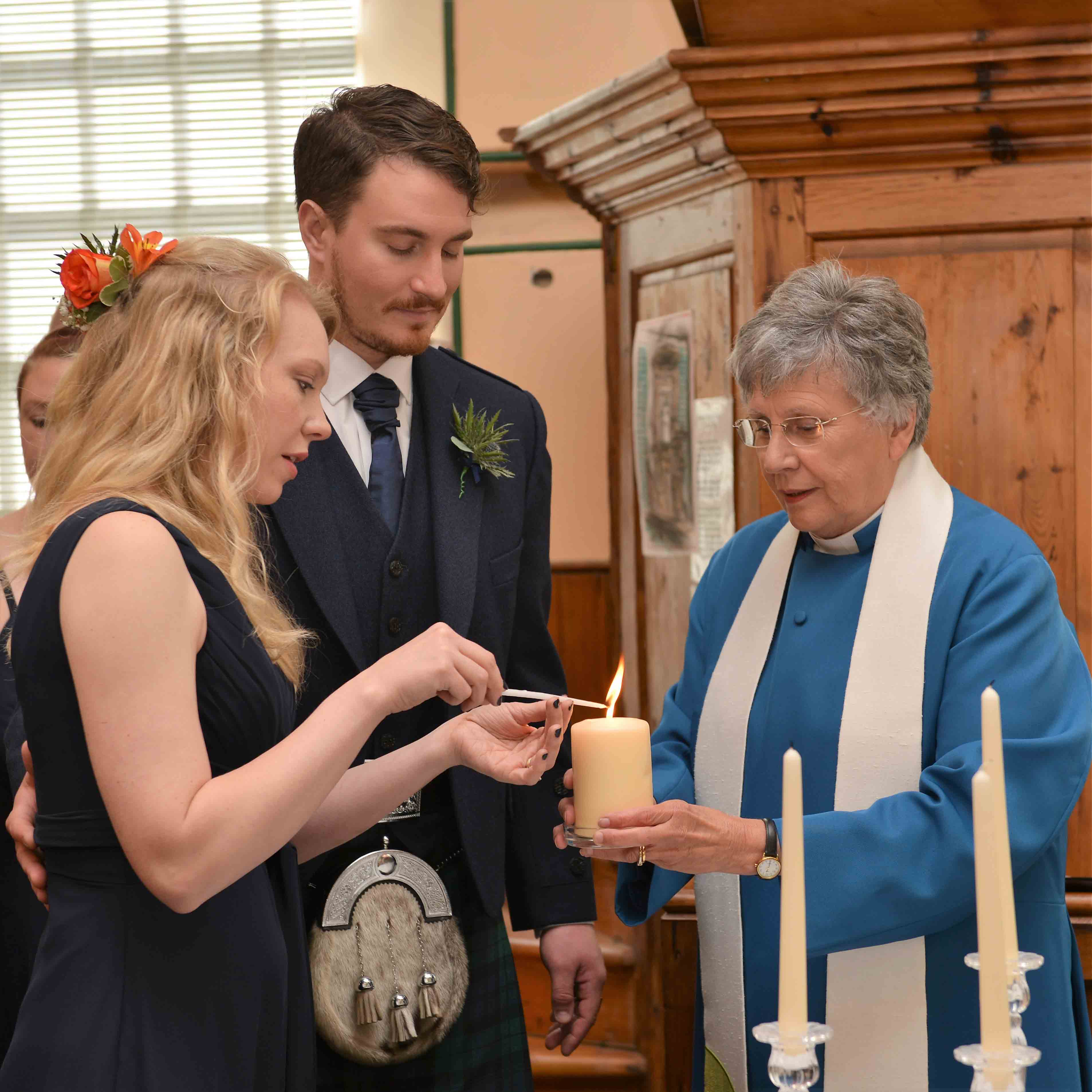 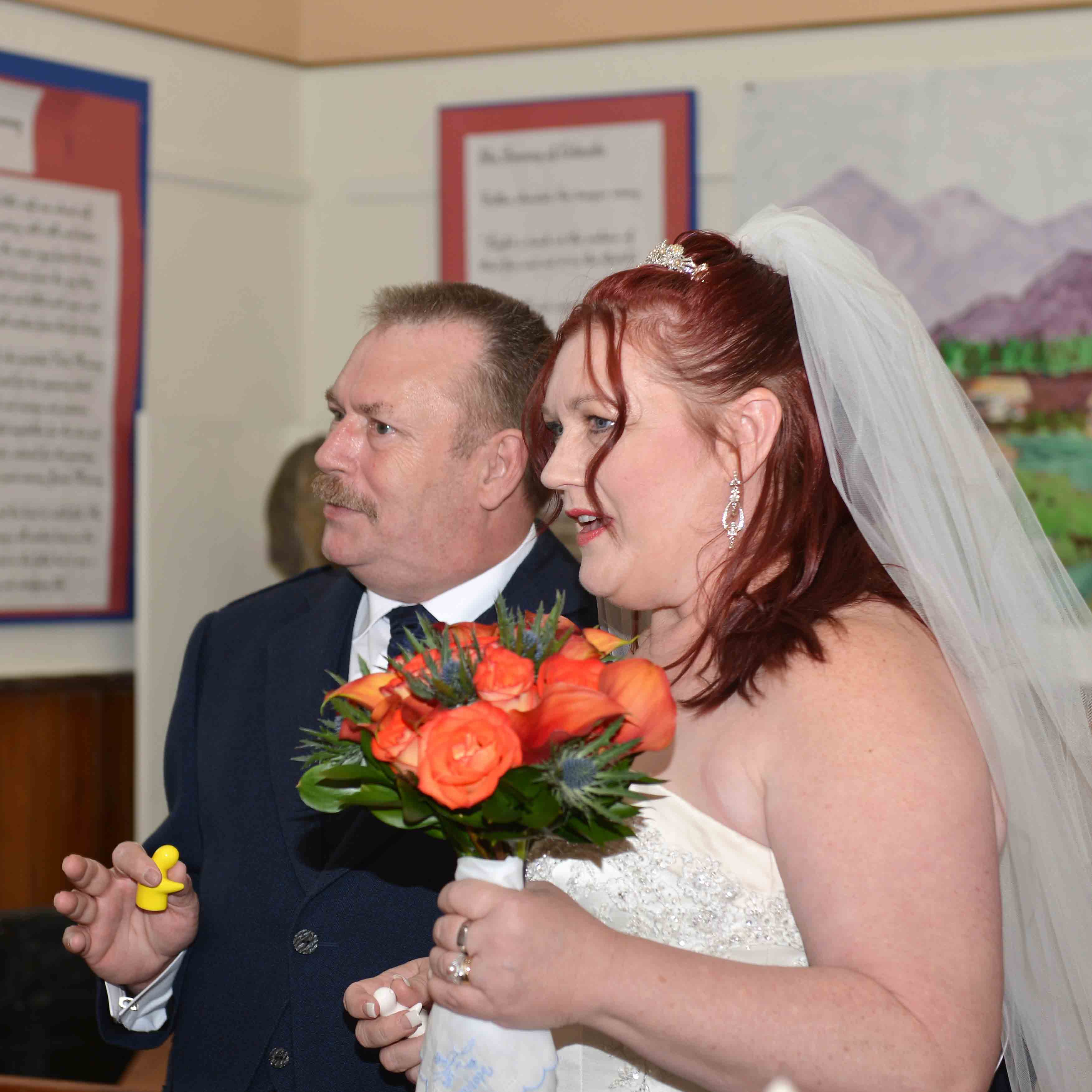 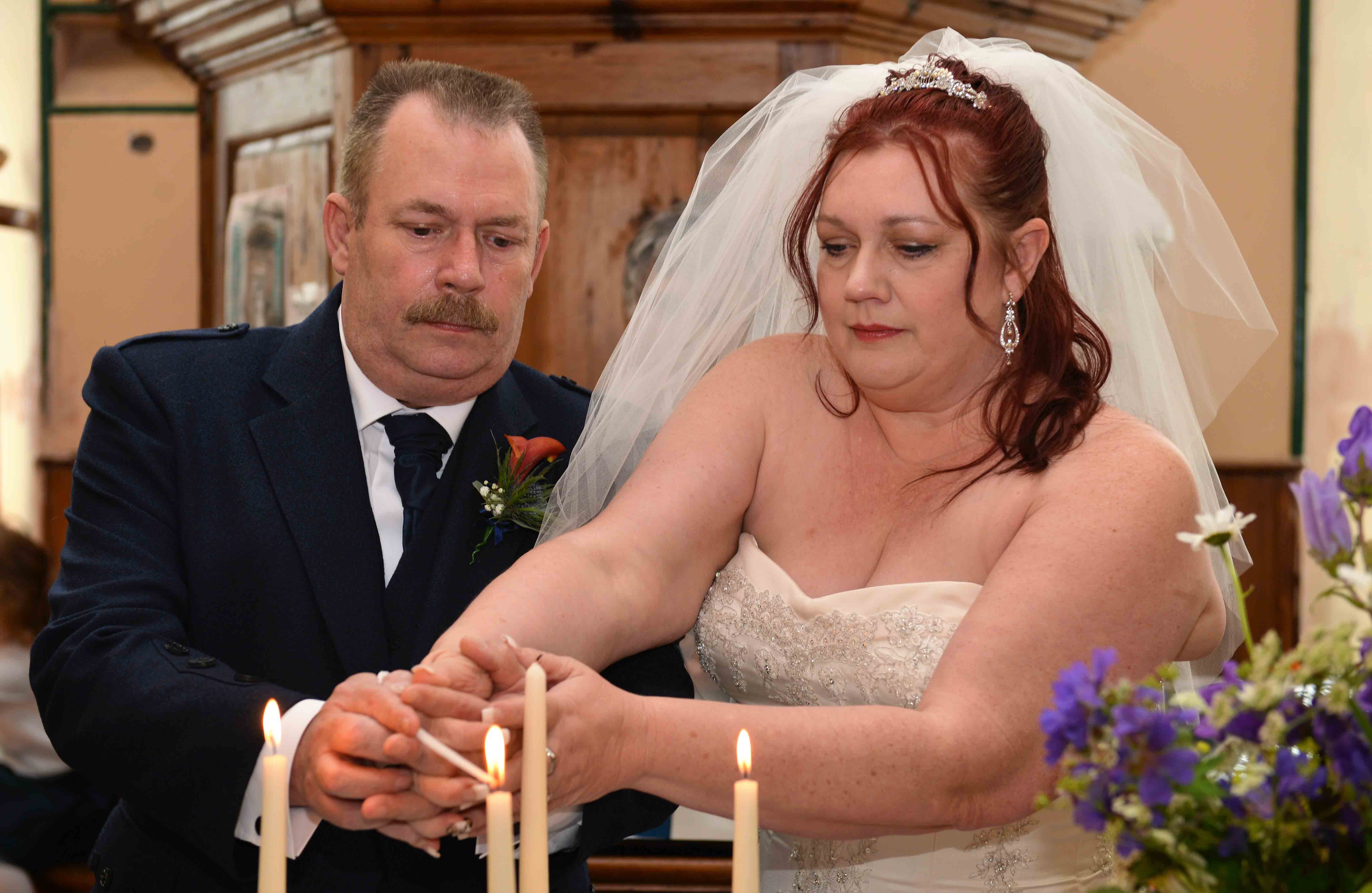 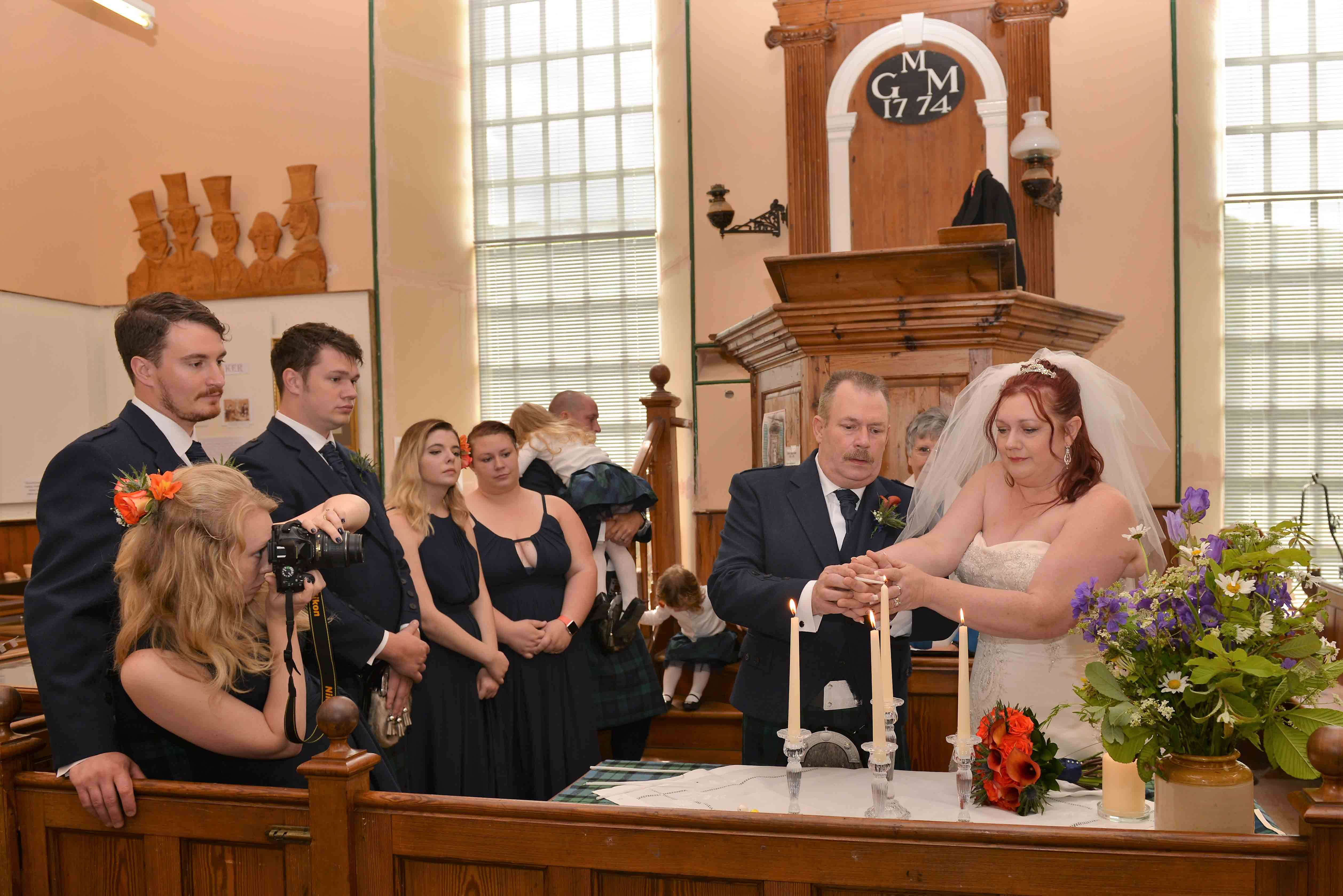 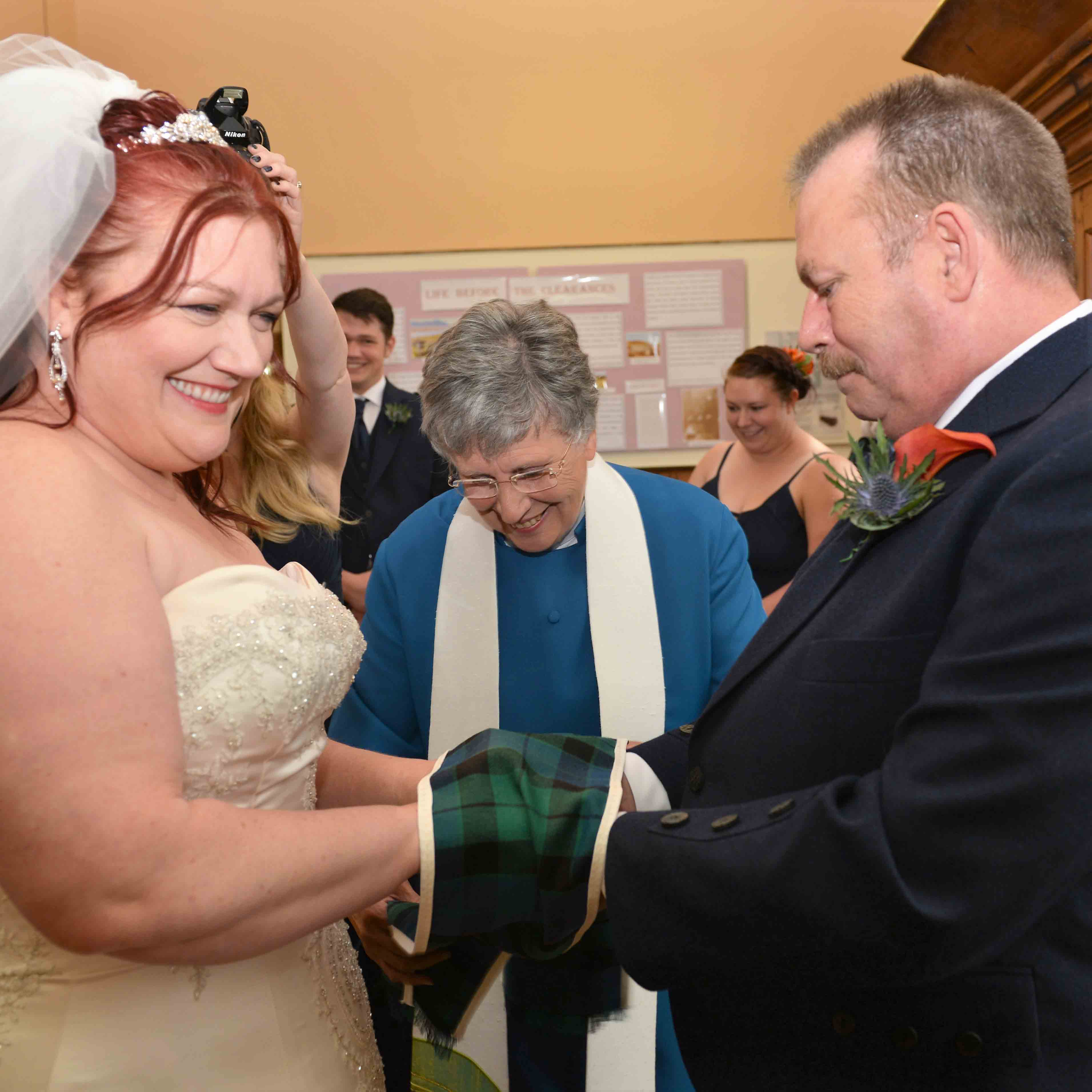 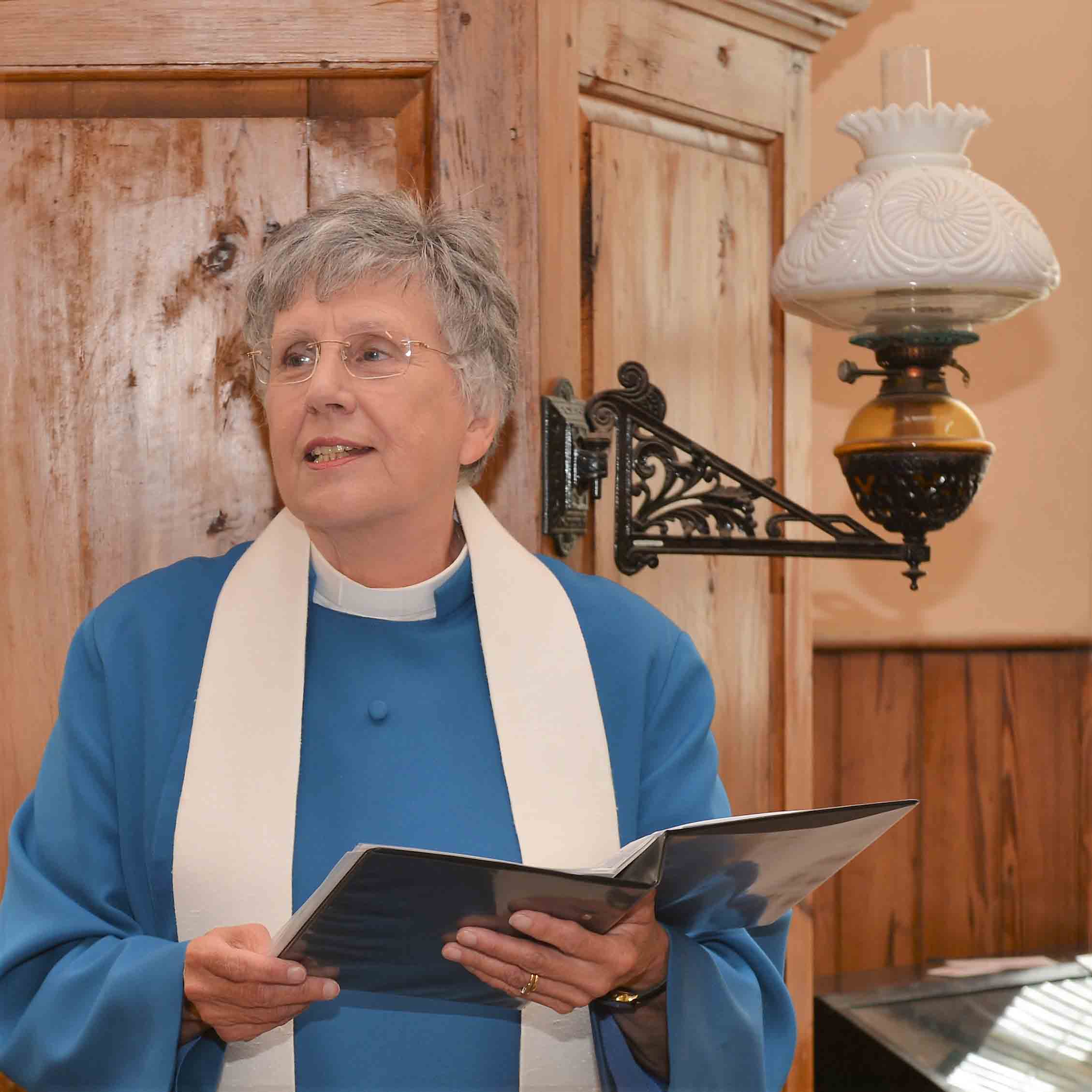 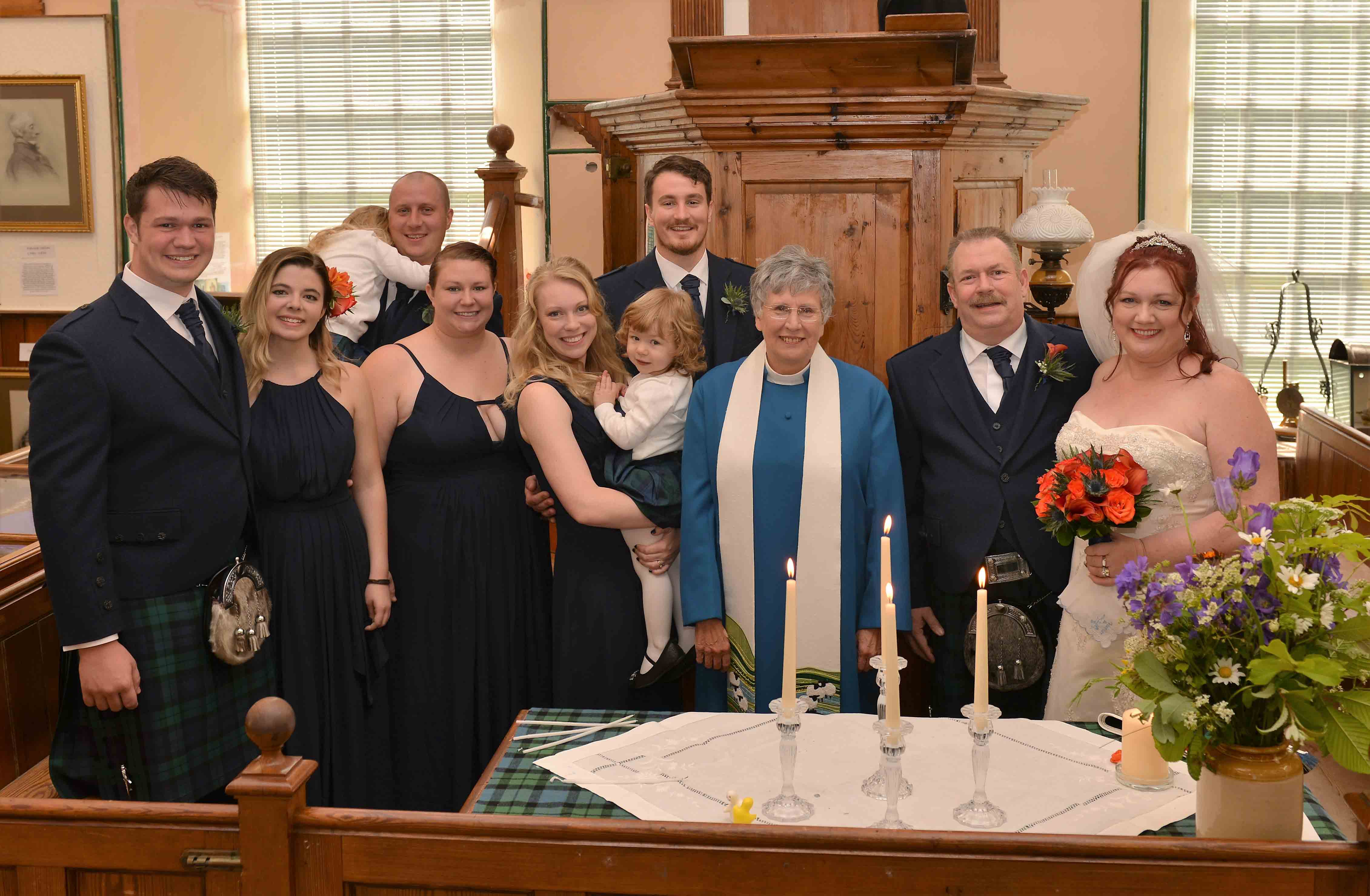 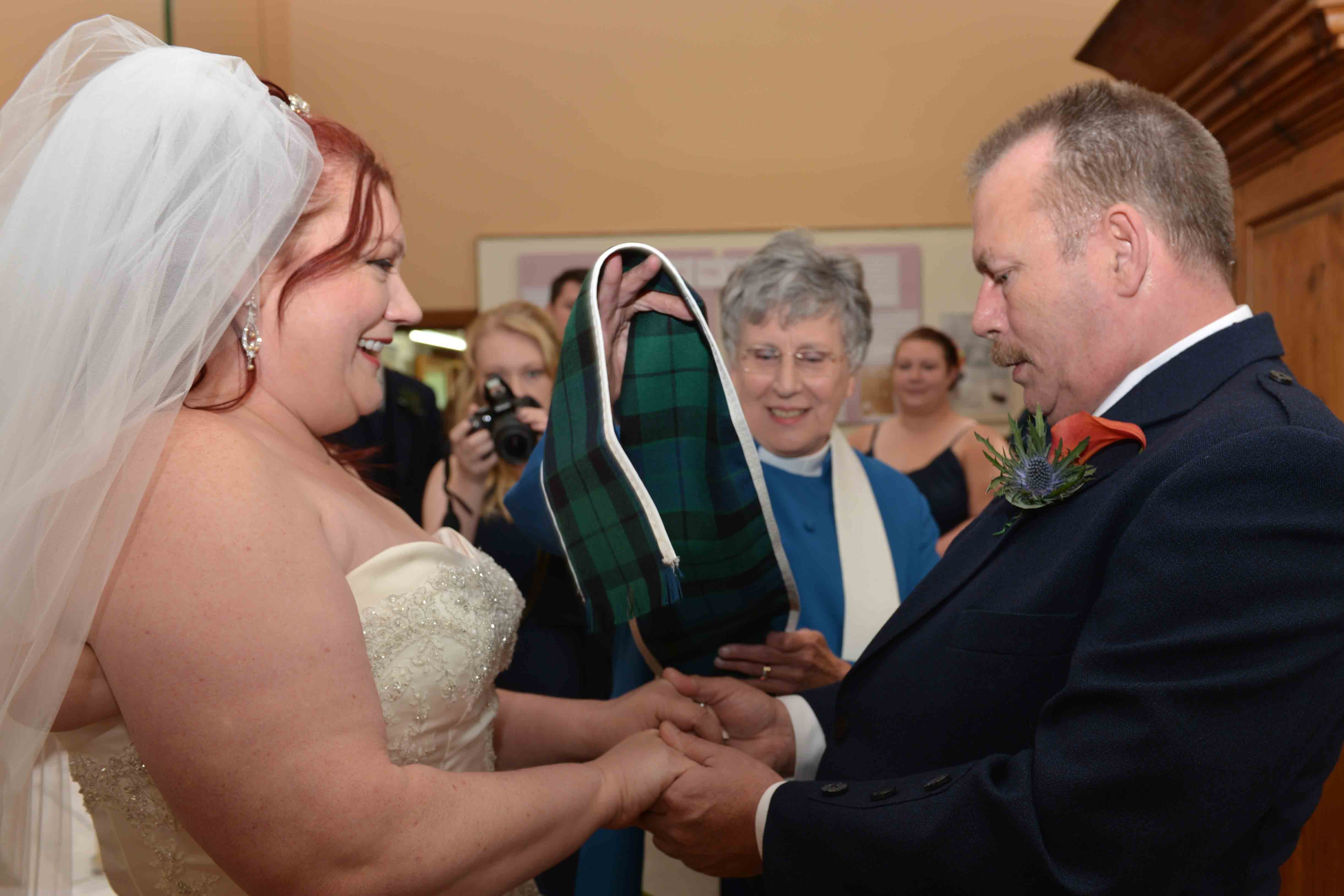 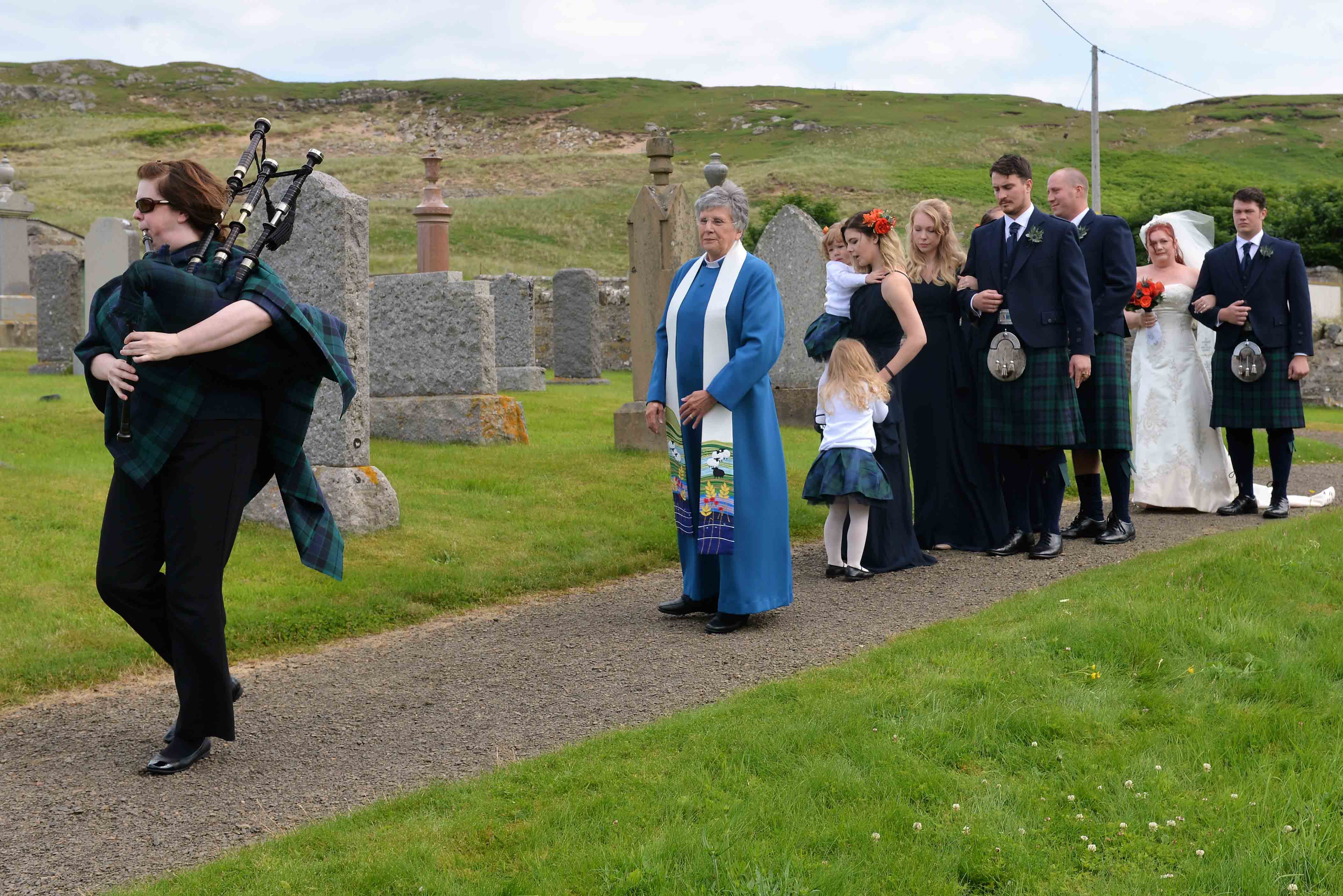 Strathnaver Museum, Bettyhill, is housed in what was once St Columba’s Church, central to the ancient churchyard of Clachan.  The presence of the famous Farr Stone, a Christianised Pictish monument, near its western wall testifies to religious connections going back to the eighth century and a church has existed on the site of the present building since medieval times.  However, despite these antecedents, no religious services have been conducted within the walls of St Columba’s during its forty years as a museum nor, as far as can be recollected, since the 15th of April 1955 when the Church of Scotland congregation there united with Bettyhill’s other C. of S. congregation at the High Church of Scotland four hundred yards away.  That was after a prolonged series of negotiations going back to 1929 when the High Church, which started life in 1910 in the United Free Church, entered in to union with the larger Church of Scotland.

All this changed on Wednesday 6th July when Ardgay based Church of Scotland minister, the Reverend Mary Stobo, conducted a moving and imaginative vow renewal service for Lemuel and Karen Neisius from Greensburg, Indiana who had travelled to the far north via New York and Edinburgh to celebrate their thirty years together.  Unknown to them, their daughter and two sons together with spouses and children, had flown in to the UK the day before and were at Edinburgh Airport to meet them.  So, instead of just the long-married couple and the minister there was quite a crowd, especially when the Museum’s volunteers plus Tommy Mackay, Chair of its Board of Directors, were taken in to account.

Strathnaver Museum is often seen as the Museum of the Clearances and there is a certain amount of truth in that but an equally strong element in its original purpose was as a centre for the Clan Mackay and, as Karen Neisius can trace her lineage back to a Mackay who left the Tongue area to settle in America, her husband selected it as the ideal place for a vow renewal service while at the same time giving her a chance to visit the land of her ancestors. While most Highland emigration to the Americas may have been a consequence of the Clearances, substantial numbers of people were moving out long before the onset of that great disruption.  Just as we see today in migrants seeking sanctuary in Europe, it was often the better off and better educated who grasped at the chance for a better life and showed willingness to test the dangerous promise of a different world.  Whether Karen’s forebear from Tongue fell in to that category or not isn’t known but he found his way to the New World when landlords and government were resisting the exit of people.  Museum staff were able to place Karen’s line on their Mackay family tree and, if details can be confirmed, it may go back to the very first names listed.

However, while there may have been an exciting whiff of history, the main outcome was a pleasant and moving half hour of family togetherness in a place which, while religious ceremonies may have been scant over the last half century or more, still retains the sanctity of its original purpose within its present role.  The event was rounded off with a dram for all at the Museum’s expense which seemed to go  down rather well all round – and that was definitely a first that close to the pulpit!