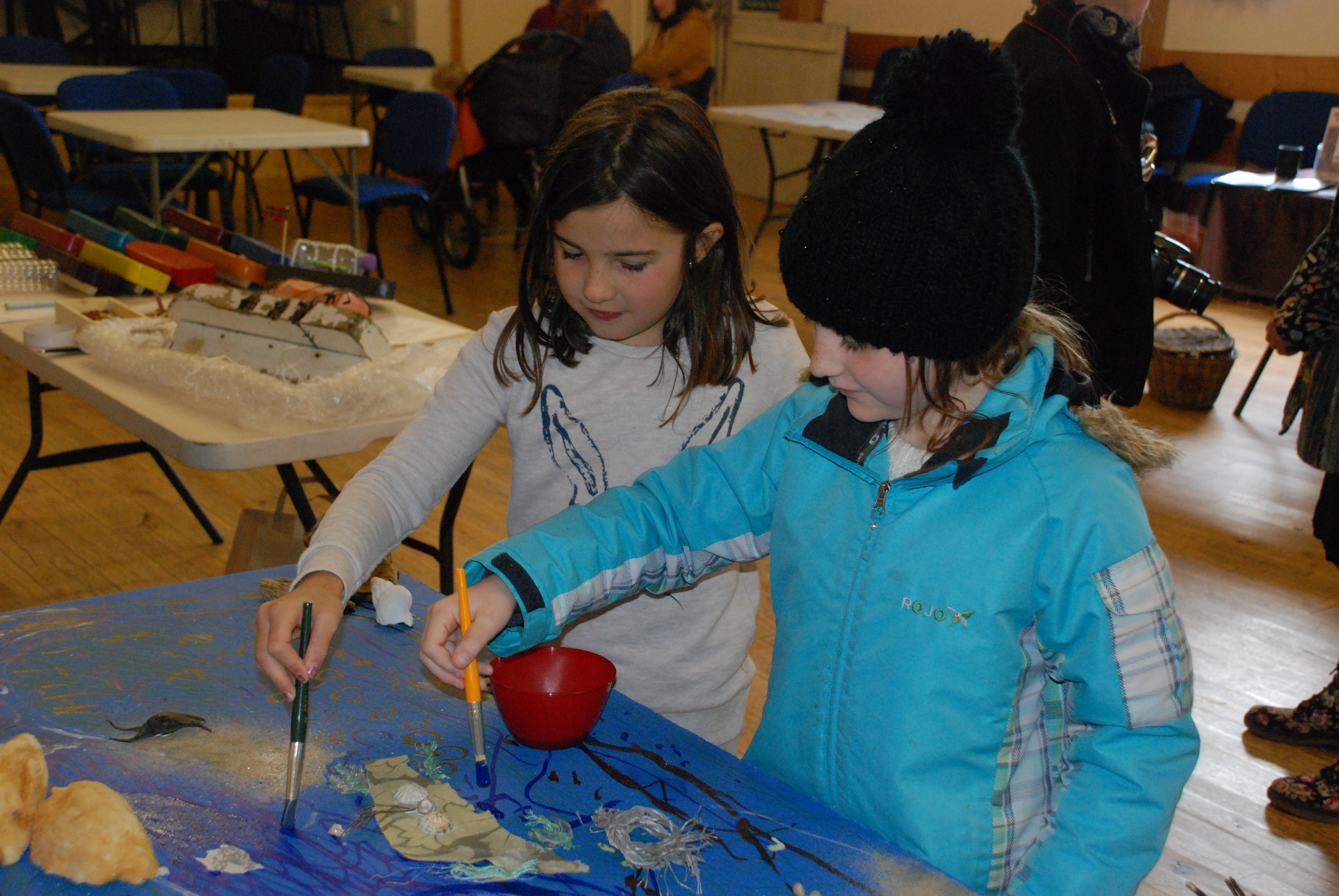 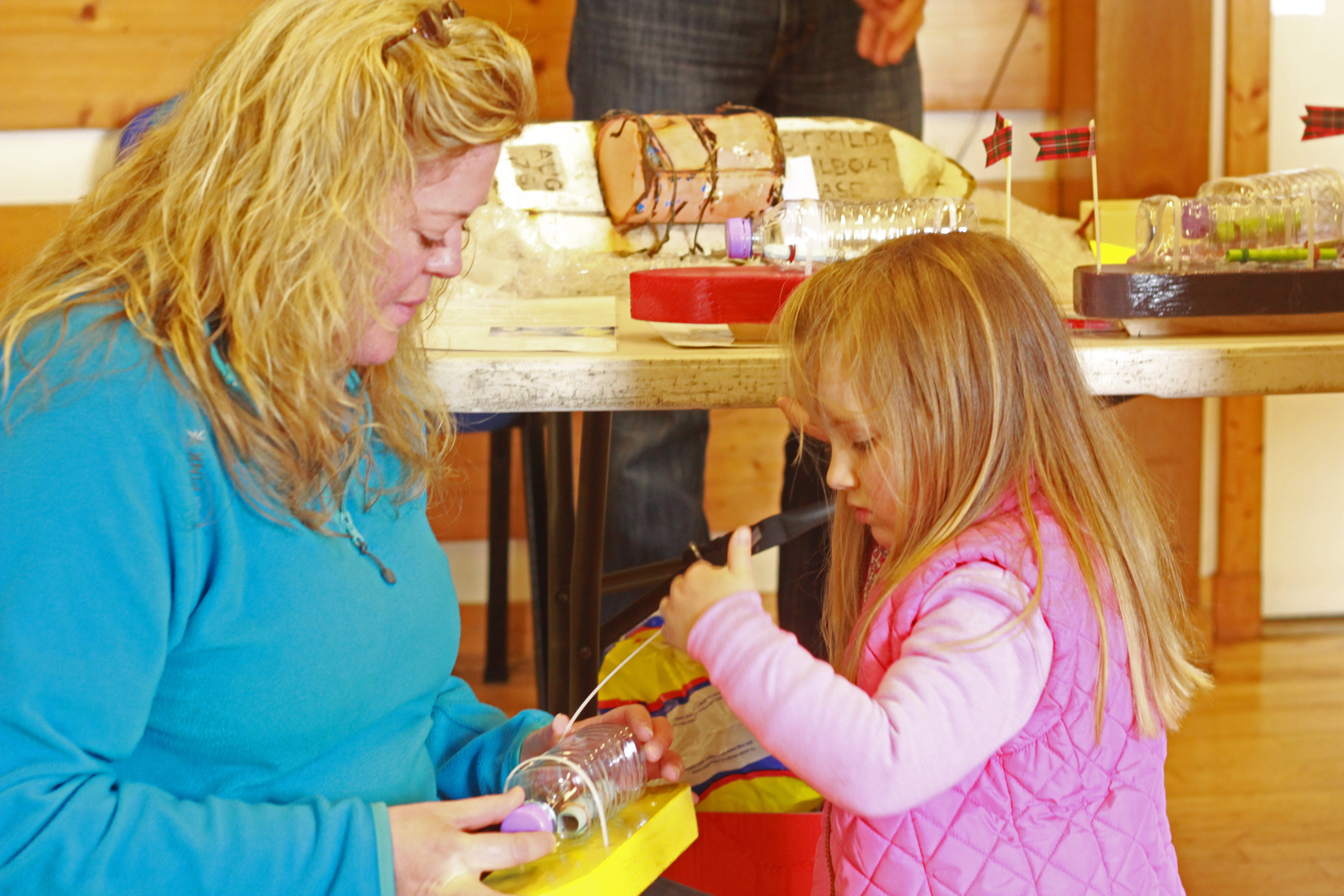 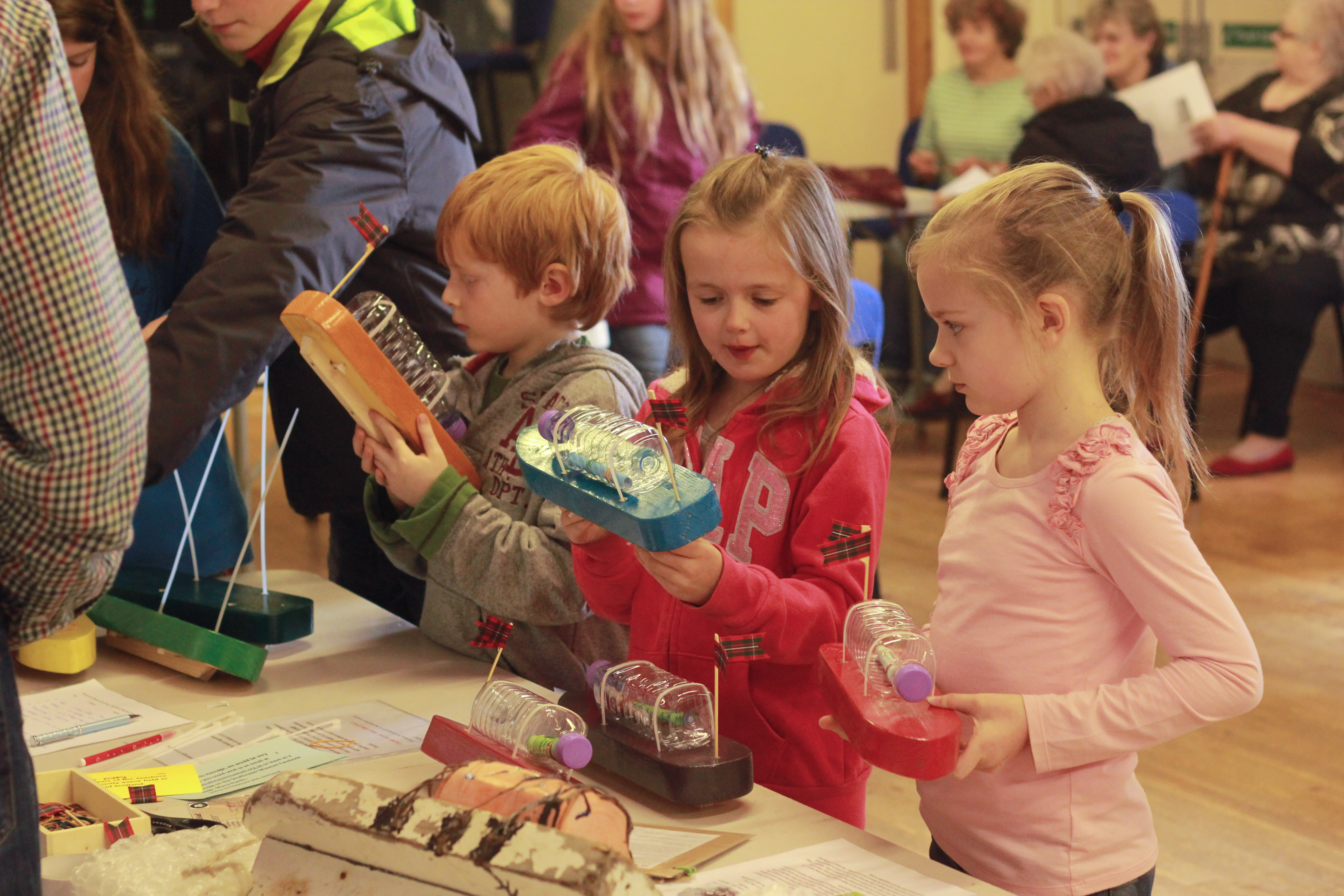 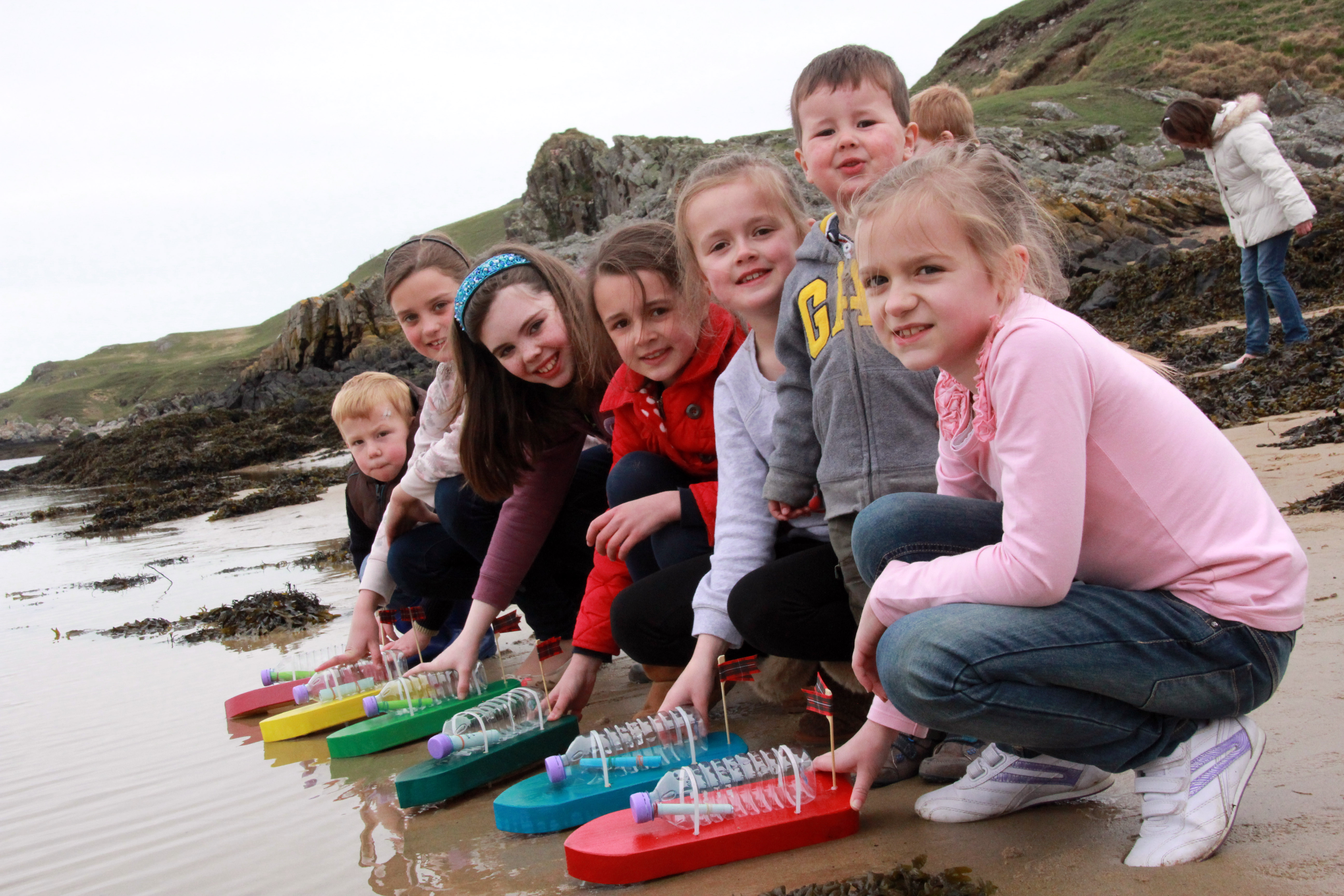 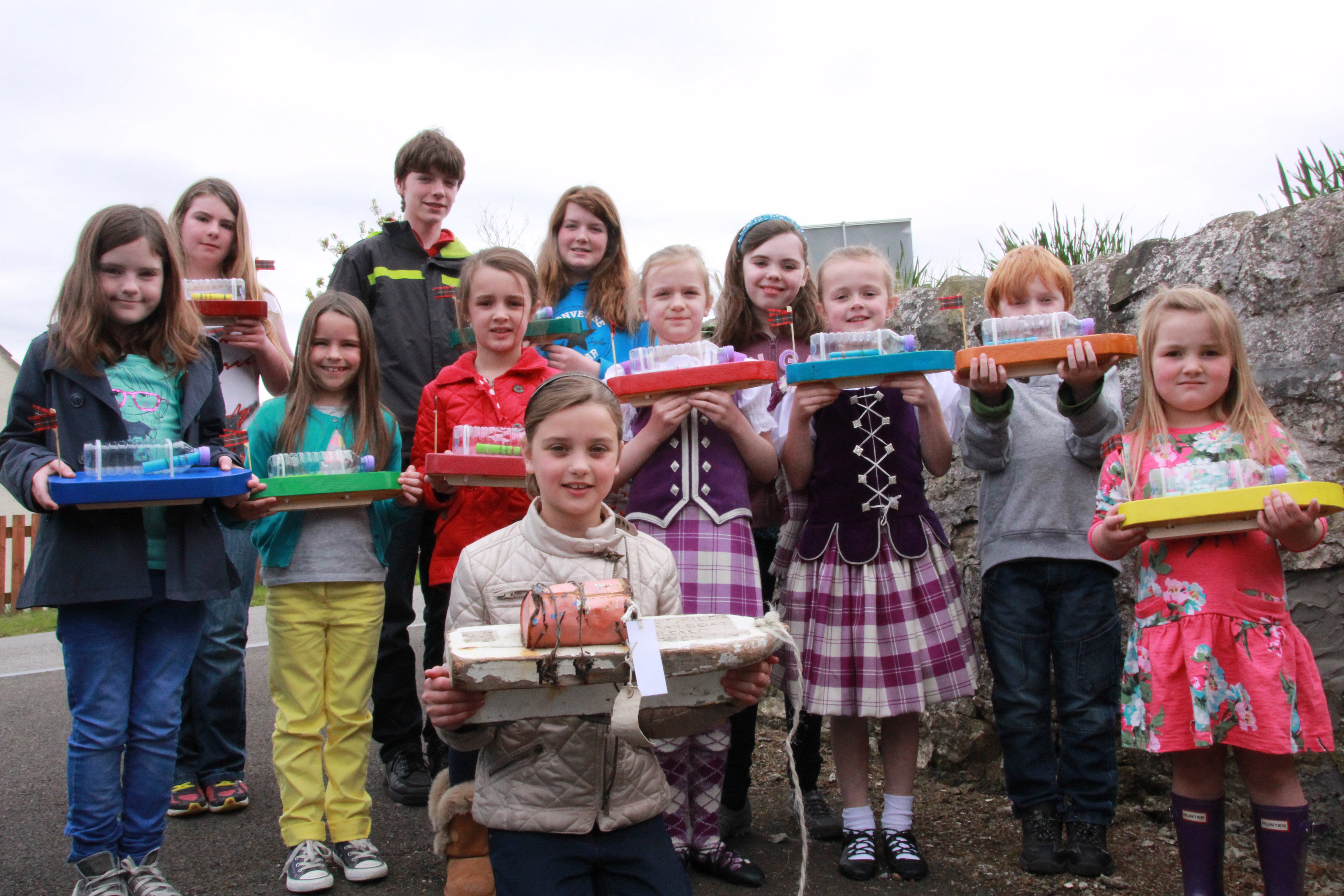 North Sutherland held its first Seashore Festival to celebrate the heritage and culture of the seashore on Saturday. Strathnaver Museum and Caithness and Sutherland Countryside Rangers arranged a fun-filled day of art and craft activities, music, history and natural history identification skills.

Visitors began arriving at 10am and helped to create a colourful wall of fish and a seashore collage depicting Bettyhill Fishing Station and Torrisdale Bay made from items found on the shore. The Rangers also brought a fascinating range of objects and challenged visitors to identify a series of whale, dolphin and seal skulls.

The highlight of the arts activities was the building of the Strathnaver Museum’s mailboats based on the St Kilda Mailboat which is exhibited in the Museum. The St Kilda Mailboat is a popular exhibit and was found washed up near Bettyhill. Inscribed with the date ‘Aug ‘75’ it is believed the boat was launched by an MOD work party.

With the help of Strathnaver Museum volunteers an enthusiastic team of young people constructed 12 Museum Mailboats carrying messages from Strathnaver. A procession to Bettyhill Pier saw six of the boats launched with the remaining mailboats being launched from other locations around the Caithness and Sutherland coast including: Wick, Thurso, Melness, Tongue, Melvich and at the mouth of the River Borgie. Updates on the boats progress will be recorded on the Strathnaver Museum Facebook page and website.

Strathnaver Museum’s Margaret Macdonald presented a fascinating exhibit exploring the Gaelic and Norse origin of many of our place names around the coast. The Museum’s exceptional Portable Museum of Curiosity, created by Dunnet based artist Joanne Kaar, was also on display for people to explore.

During the morning the crowd was entertained by music from Catriona Macleod and Rhona Sutherland before the young musicians from Feis Air An Oir took their turn on the stage. The Feis also provided excellent accompaniment for two talented Highland dancers.

After lunch storyteller Bob Pegg enthralled everyone with tales of the sea and drew tunes from the unlikeliest of objects. The audience listened to music made from stones and shells and flutes of wood and bone.

The North Sutherland Seashore Festival was held as part of the Highland Seashore Biodiversity Project, a three year initiative to encourage people to explore the natural history and heritage of their shoreline.

Janette Mackay on Facebook said ‘Thanks for a lovely day. The children (and grannies!) really enjoyed the whole experience and meeting up for a friendly cup of tea and a blether. Thanks.’

Bettyhill Thompson on Facebook said ‘Annabelle had such a great time and really enjoyed all of the activities… Congratulations for a great day and thank you!’

Mhairi Magee on Facebook said ‘Thanks for today, the kids all enjoyed themselves’