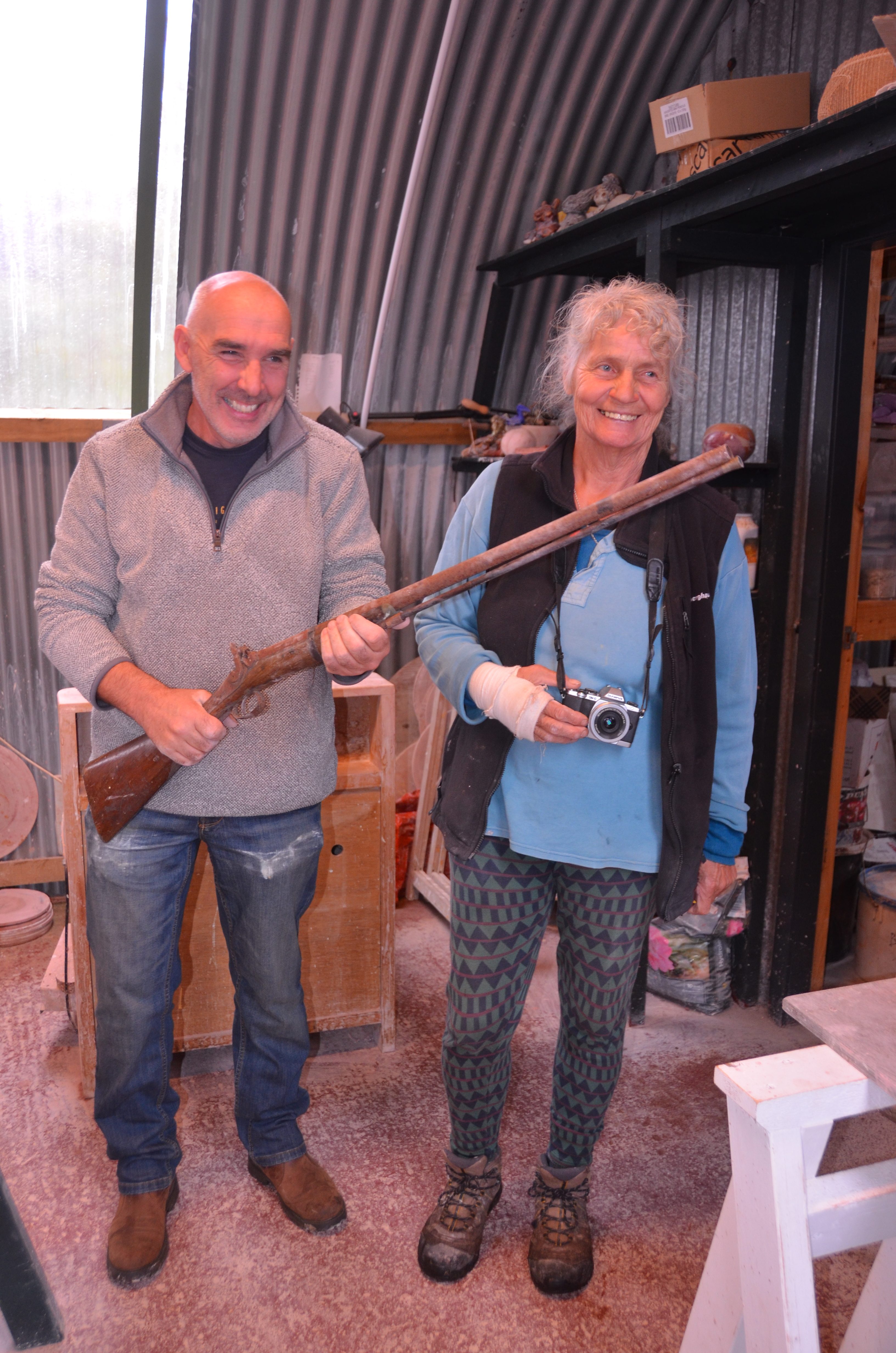 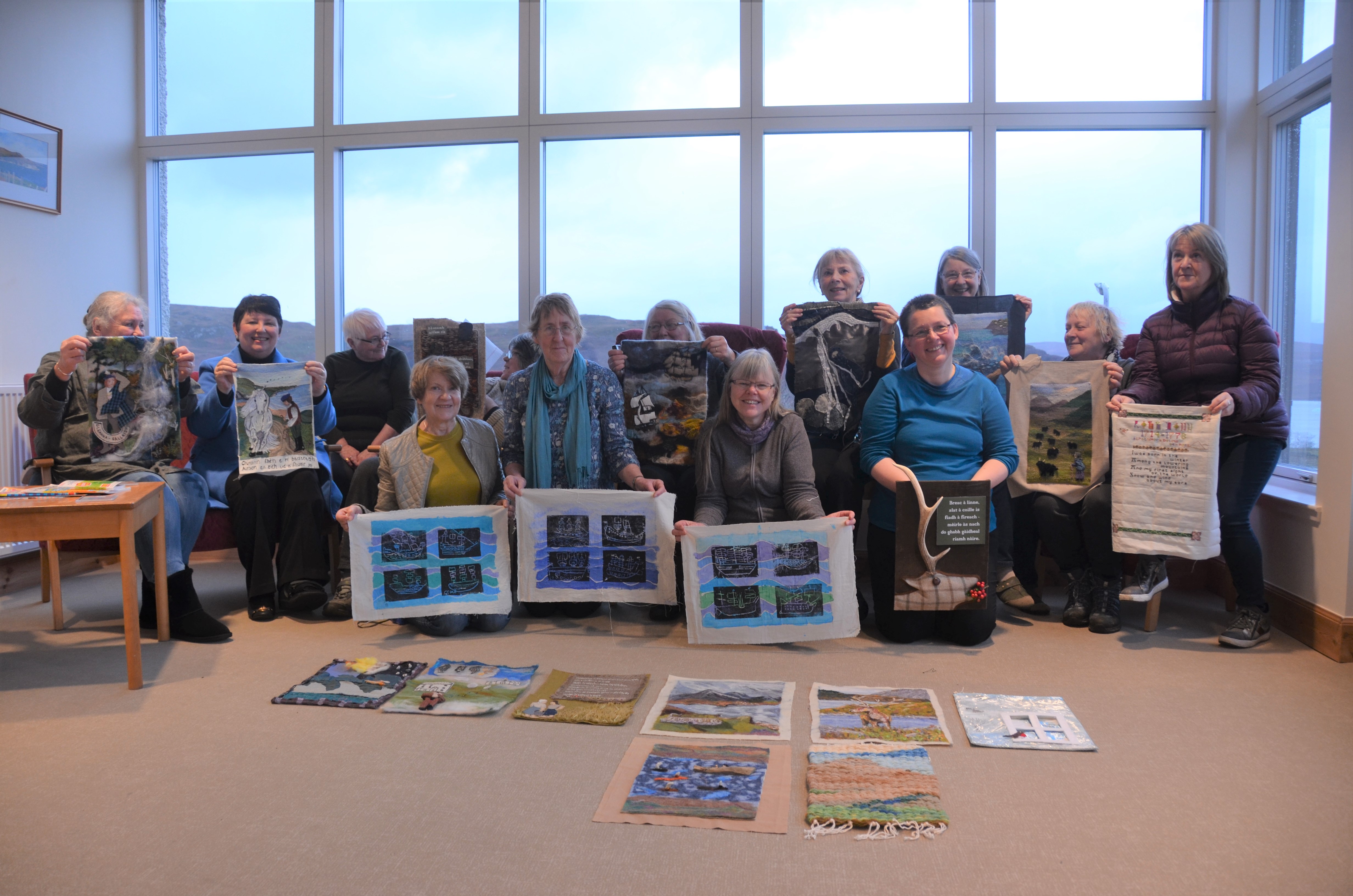 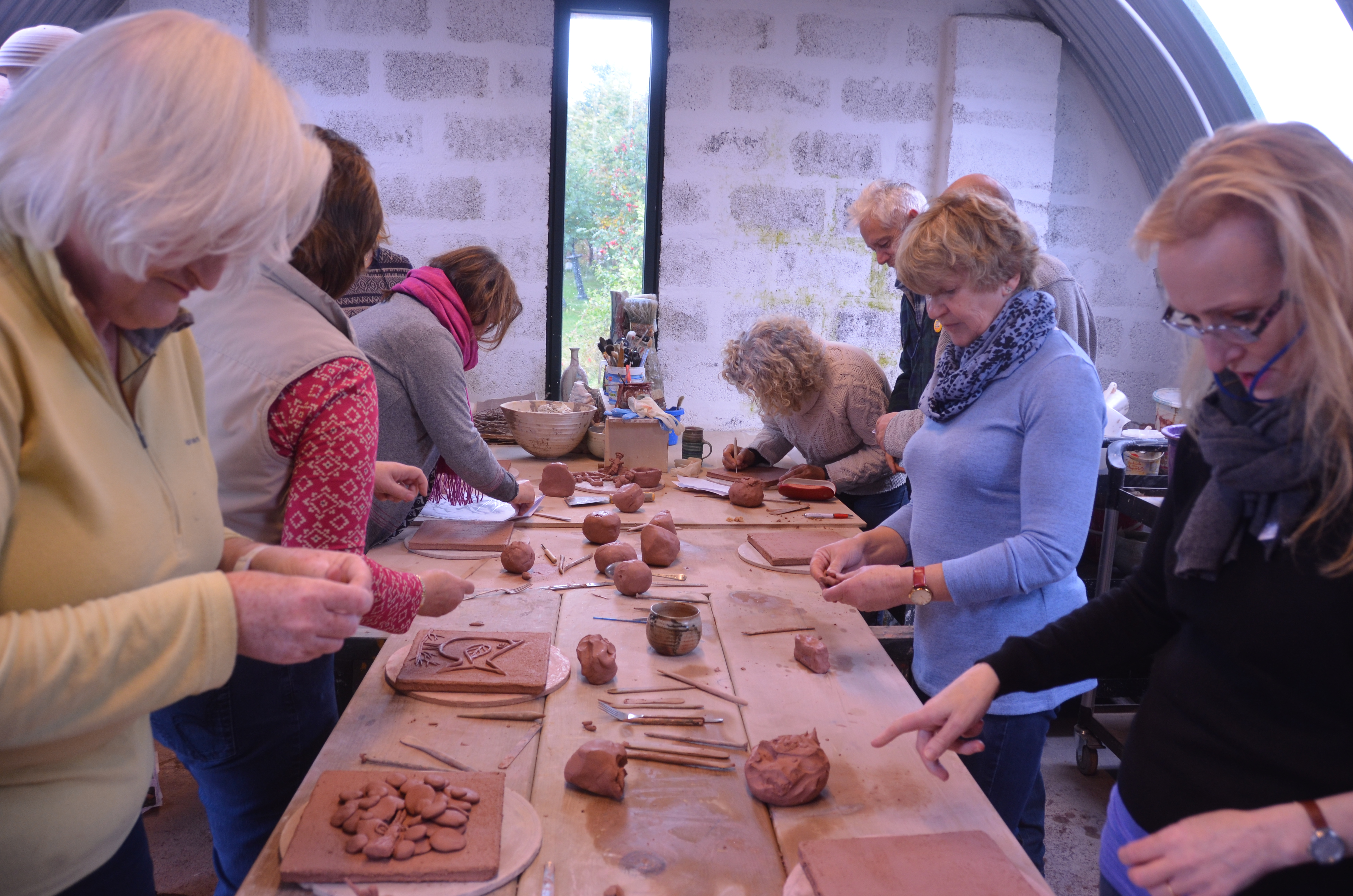 An exciting programme of heritage events are taking shape across Mackay Country in north west Sutherland which celebrate 18th century Gaelic bard Rob Donn Mackay. Led by the Mackay Country Community Trust and Strathnaver Museum the local community are producing a range of material exploring the life and work of Rob Donn. During May a series of special events including talks, Ranger led walks and research workshops will be taking place.

Supported by HLF Stories, Stones and Bones Fund local crafters have produced a series of stunning A3 panels that will be brought together to form a unique wall-hanging.  The panels were produced by craftspeople from, or with a connection to, Mackay Country and depict scenes from Rob Donn’s life and work.

Artists from Caithness and Sutherland are creating 10 pieces of artwork, in a range of media, to celebrate the life and times of this talented poet. Each artist sought inspiration from Rob Donn’s life and work to create an art piece about any characteristic of Rob Donn’s world.

Another element of the project, funded by HLF, CNSF and SSE will see an interpretive trail installed across Mackay Country from October 2018. Rob Donn expert Dr Ellen Beard has identified 9 locations or people portrayed by Rob Donn in his poems which will be depicted on each panel. The panel locations are Scourie, Kinlochbervie, Balnakeil, Ceanabeinne, Tongue, Bettyhill, Altnaharra, Strathy and Melvich.

As well as information about Rob Donn the panels will give out historical information relevant to the geographic location the panel sits in. Continuing the theme of strong community involvement in the project this information has been identified by the community councils. Lairg illustrator & graphic designer, Eilidh Price, has been commissioned to illustrate and design the panels.

A guide book and trail map will be produced to accompany the physical trail and will explore aspects of Rob Donn’s world. The project team are working with leading experts who will write the book chapters and take part in a series of special podcasts. These will compliment the series of short videos on features of Rob Donn’s life being presented by local historian Jim Johnston.

Children’s author Barbra Henderson, through the Live Literature programme, will be visiting the primary schools in Mackay Country using Rob Donn as inspiration to encourage the children to compose their own stories.

Martina MacLeod of Mudness Ceramics in Balnakeil Craft Village has created packs for each pupil in primary school to produce a painted tile inspired by their understanding of Rob Donn. The tiles will create a wall plaque alongside the ceramic tiles produced at Ceramic artist, Lotte Glob’s workshop where senior art and design students from Kinlochbervie High and Farr High Schools joined 20 invited adults to each produce a ceramic tile.

These projects are designed to complement the work of Catriona MacLeod and Drine who performed a special show of his songs and associated music at the 2014 Celtic Connections winter festival in Glasgow.

An end of project exhibition and trail opening will take place in October. Anyone interested in learning more about the projects or wishing to participate should contact Fiona Mackenzie at admin@mackaycountry.com or visit https://mackaycountry.wixsite.com/donncountry.

There are 4 projects being undertaken by Mackay Country Community Trust and Strathnaver Museum all under the umbrella title Rob Donn (pronounced down) Country. Trailing Rob Donn, the establishment of a Rob Donn trail across Mackay Country highlighting the people and places he composed verse about. Trailing Rob Donn was awarded funding of £36,000 from the Heritage Lottery Fund (HLF), £11,285 from Strathy North Joint Community Fund and £11,285 from the Caithness and North Sutherland Fund.  Threading Rob Donn, Strathnaver Museum has been awarded £5,400 from the Heritage Lottery Fund (HLF) Stories, Stones and Bones programme, to create a community created wall hanging. Recreating Rob Donn with 9 artists creating original work from their own interpretation of Rob Donn. Tiling Rob Donn with Lotte Glob to create a series of special tiles for the Strathnaver Museum.

The Mackay Country Community Trust brings together communities from across a wide region of over 1,200 sq km formed from the 4 parishes of Eddrachilles, Durness, Tongue and Farr. The Trust seeks to encourage participation in and preservation of the cultural heritage of North West of Sutherland including the Gaelic language. The projects undertaken by the Trust aim to create economic and social benefits for the area by using its heritage to create opportunities for learning, skills development, knowledge transfer, research and tourism development.

Strathnaver Museum is a rural history museum in Bettyhill which explores life in the province of Strathnaver. The museum has exhibits from early history through to the modern period and stages regular events, special exhibitions and performances. The main themes explored by Strathnaver Museum are the emergence of Clan Mackay, the Highland Clearances and agricultural life.

Joanne Kaar produced ‘art as artefact’, Joanne’s inspiration was from a poem which poked fun and made accusations about guests at a wedding as Rob Donn puzzled over the whereabouts of some missing trousers. In the poem Rob Donn also referred to the Dress Act 1746 which was part of the Act of Proscription which came into force in 1746. This made the wearing of Highland Dress, such as tartan or the kilt illegal in Scotland. At the time trousers made from local tweed were itchy.

Jana Embury wrote down a number of poems by Rob Donn with Chinese ink on Japanese Kozo paper, stretched on a wooden board which represent the searching memories of Rob Donn.

Wendy Sutherland’s inspiration was a poem Rob Donn composed about his birth, the word spinning in a vortex is ‘snow’

Mark Edward’s painting, depicting the lives and work of the men who fished and stalked these remote areas and portrays Rob Donn as figure in the mists, a drover in the remote Mackay Country.

​Sam Barlow Artist-blacksmith and sculptor in metal and stone has produced a solid but delicate and intricate work “I was impressed with the sense of excavating a seam of life from the cultural geology of Duthaich Mhicaoidh (Mackay Country). As if you could strike into a strata of recent history and a flourish of life would spring forth (from the past)”

Lotte Glob’s creative process involves a close relationship with the landscape and wilderness of the Scottish Highlands. Lotte produced a ceramic book inspired by the “World of Rob Donn” and the land he lived in. Lotte used raw materials from Rob Donn’s birthplace at Alltnacaillich in Strathmore incorporated into the piece.

Norman Gibson’s piece is a “Littoral Translation” wall sculpture carved beech and found objects on painted panels. Norman is a sculptor and designer with a thematic focus on landscape, archaeology and visual memory,

Jenny Mackenzie Ross was inspired by “The Roots of Rob Donn” seeking out the places that he knew well and looking at the same mountains a birch forests, “I found an understanding of his life about the barrier of social class that kept Robb Donn separate from the woman with whom he had fallen in love, the vivid image became the basis of my piece. The image of a root also chimes with the times of Rob Donn, when Rob and his community literally grew out of the landscape.”