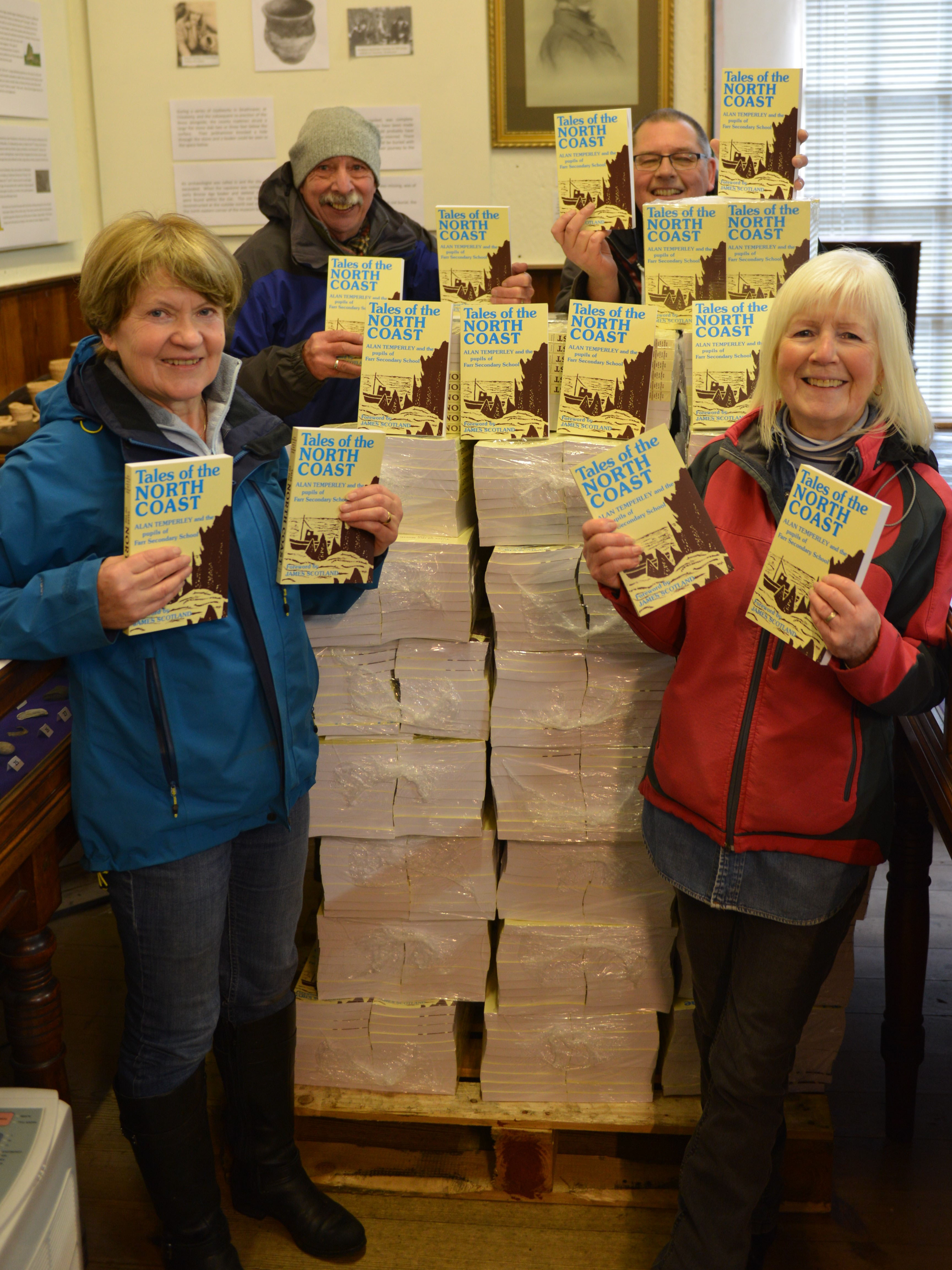 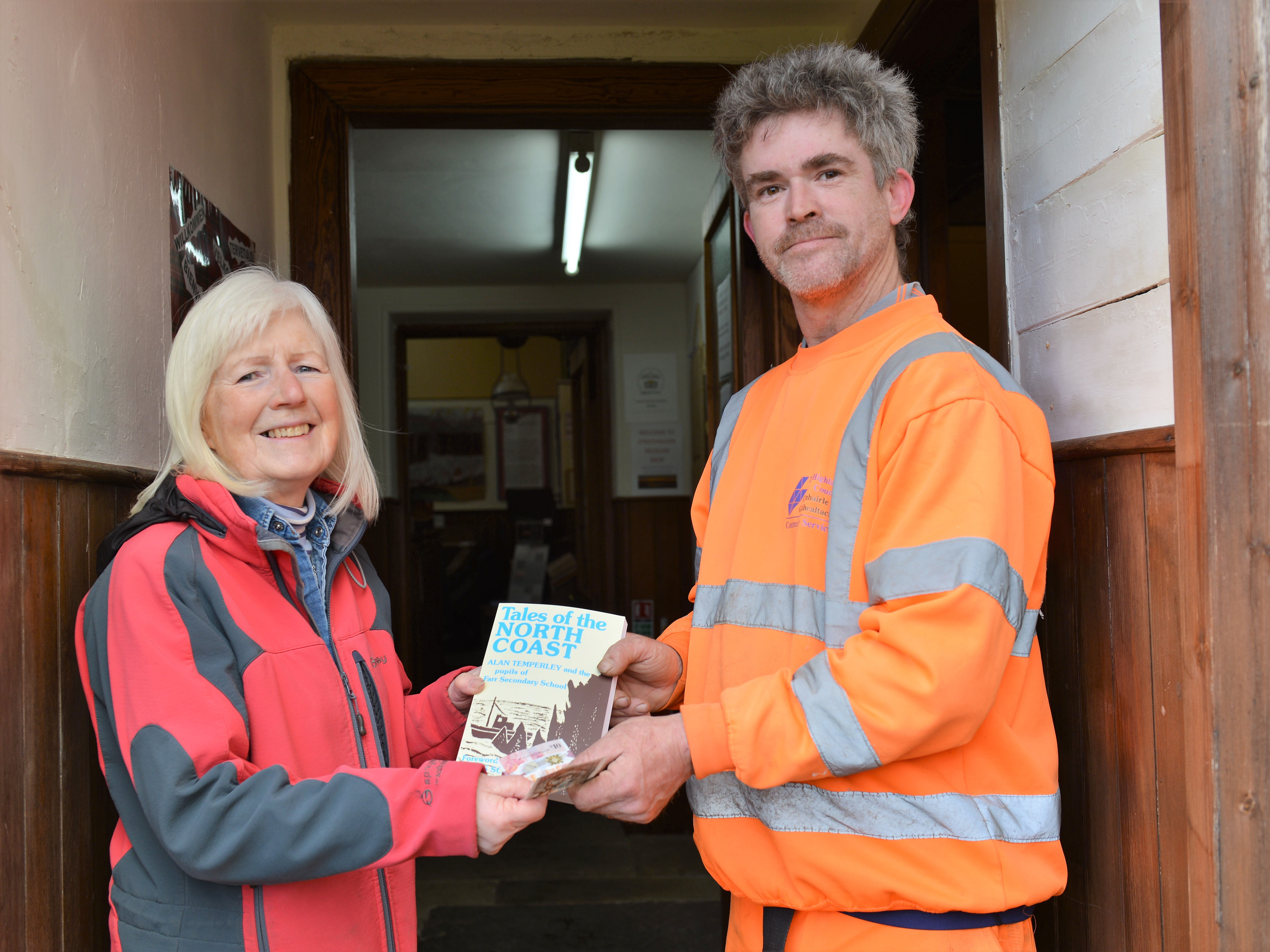 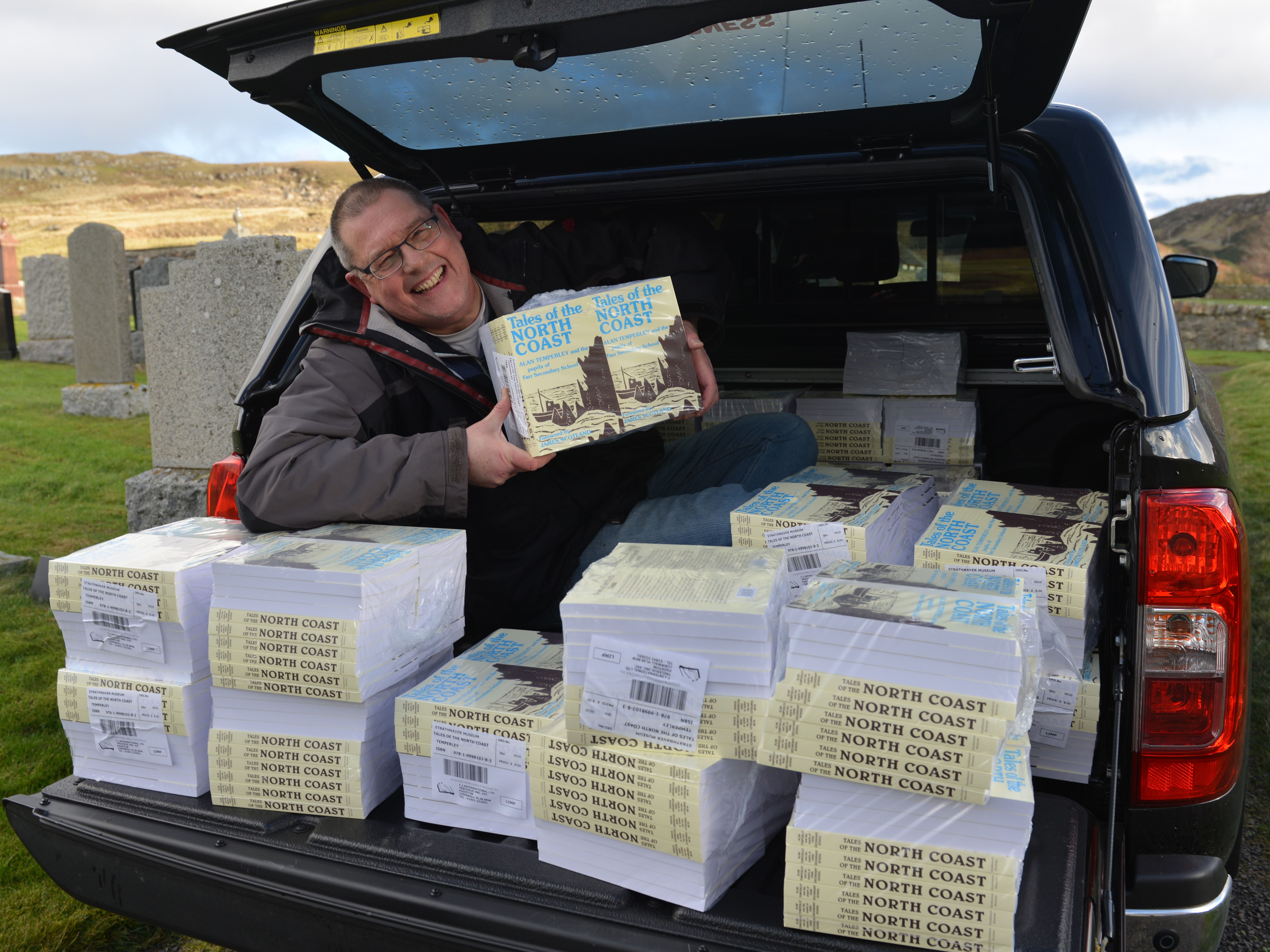 Thursday, yet another wild and blustery day, was a busy and exciting one for Strathnaver Museum with the arrival of 4,000 copies of Tales of the North Coast by Alan Temperley and the pupils of Farr Secondary School which has just been reprinted by the Museum in association with Bettyhill, Strathnaver and Altnaharra Community Council.

Unfortunately, the truck carrying the 134 shrink wrapped parcels of books was much too big to deliver them to the door of the building and the three pallets on which they were transported had to be set off about a hundred yards away in the Clachan Cemetery car park.  This led to a lot of scurrying about as friends of the museum were recruited to transport them across the intervening distance and carry them in to the building, a structure not designed to readily receive a cargo of this nature.  However, after an hour and a half of strenuous effort, during which the day’s sleet and hail mercifully desisted, all were safely tucked away and ready to be manhandled once more this time in to the dry recesses of the old church’s upstairs.

Also, the first sale had been made to a Stuart Ellis, Highland Council gravedigger who was at work in the cemetery. So, only 3,999 copies to go!

Get your copy here