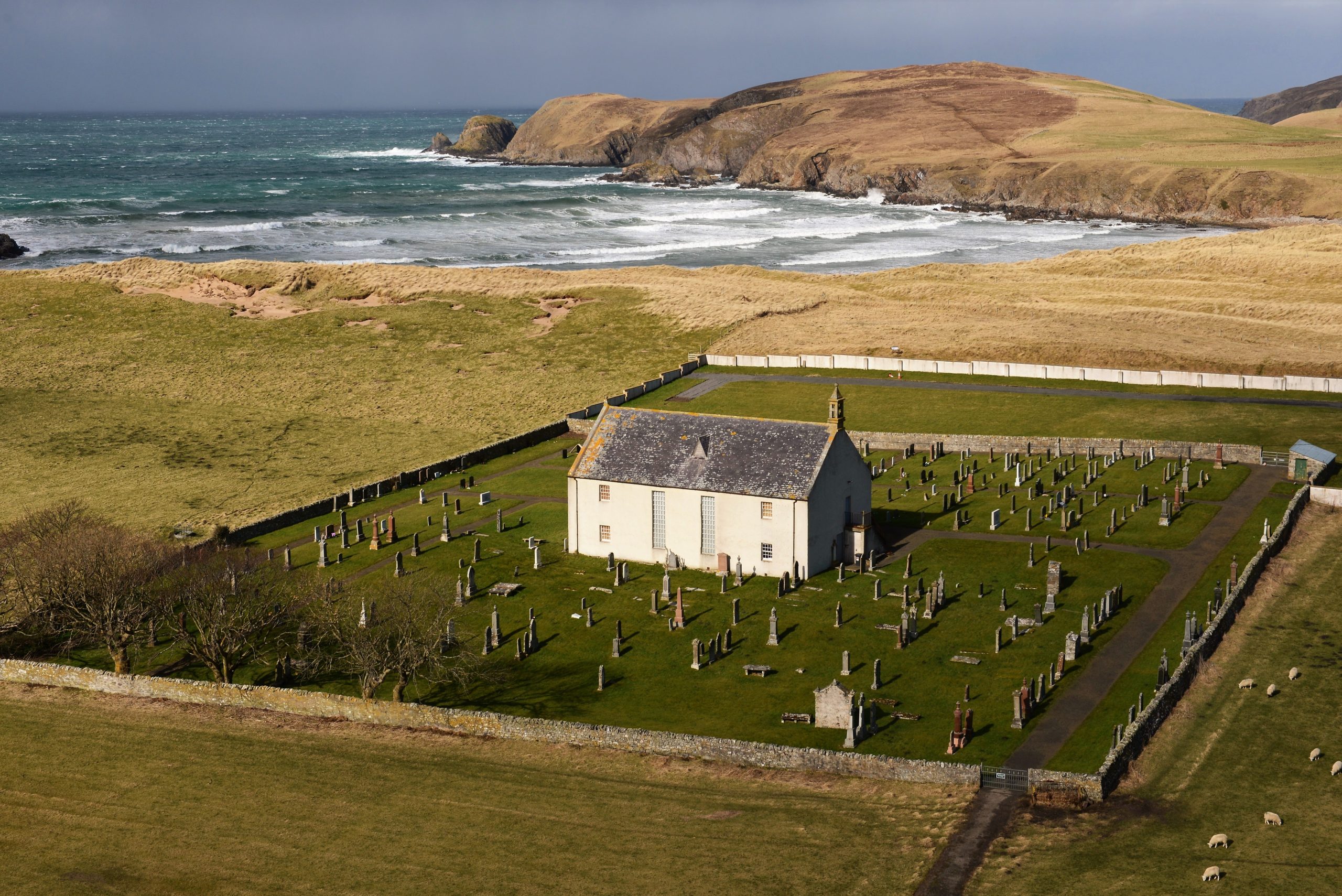 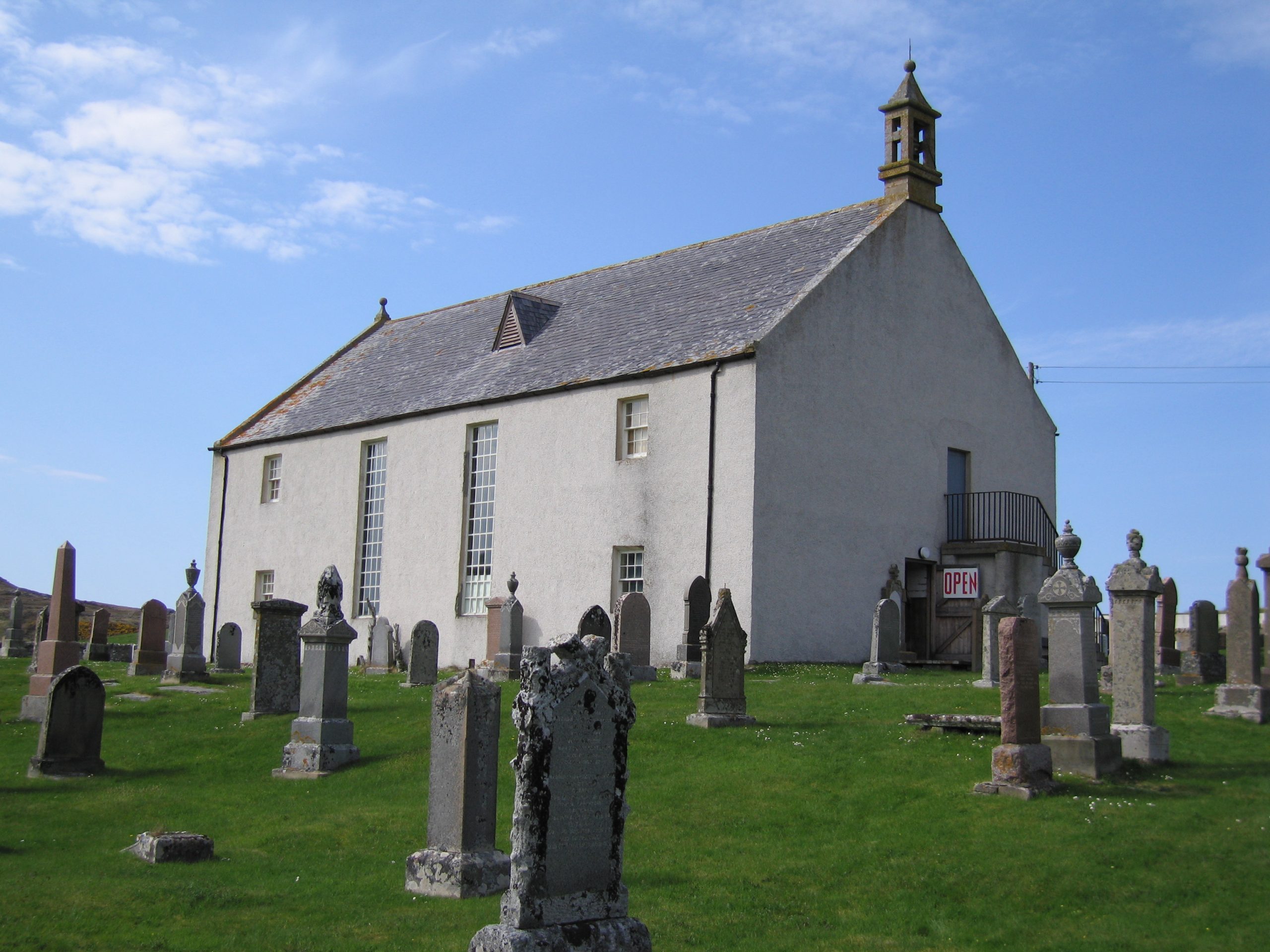 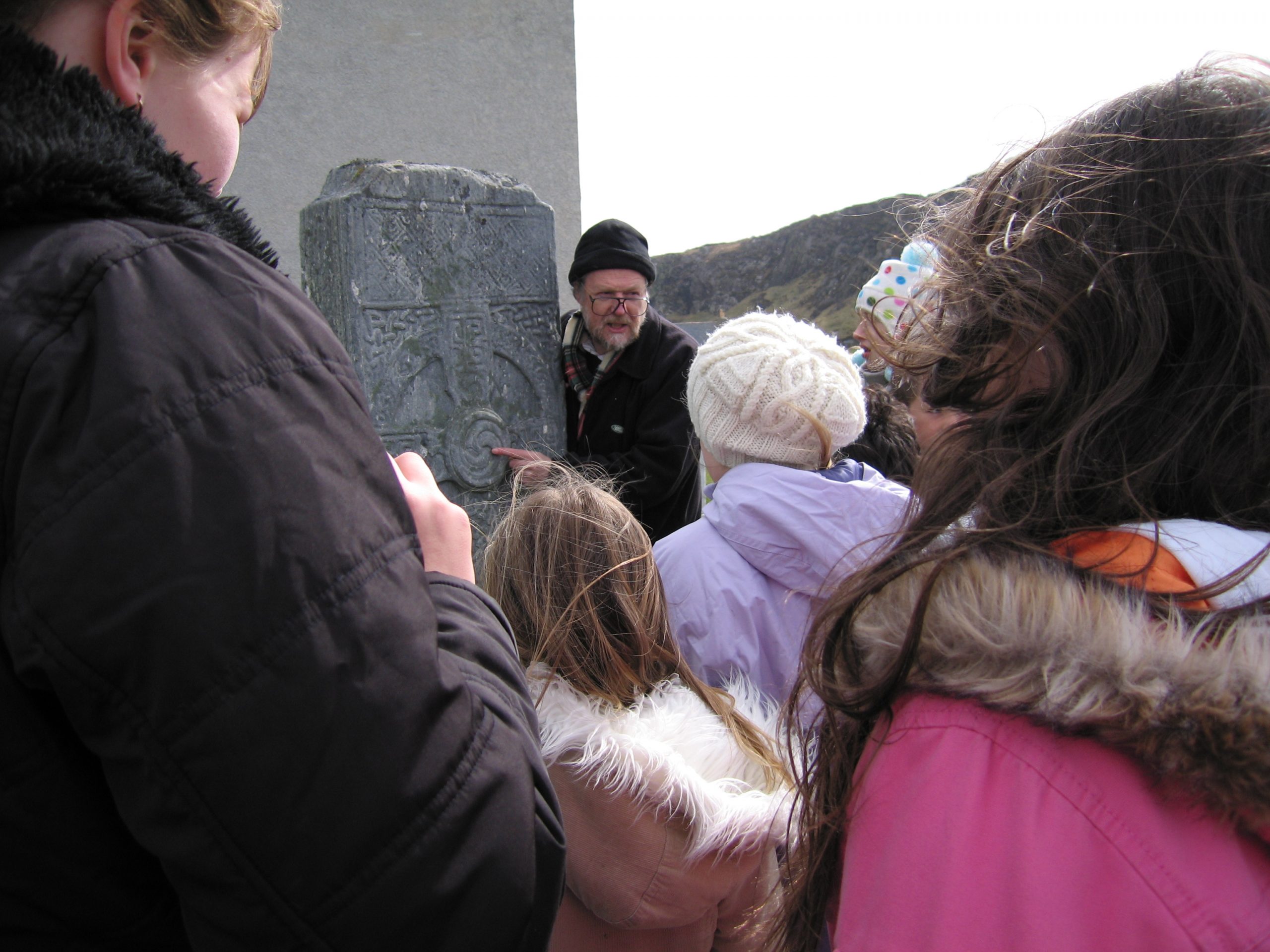 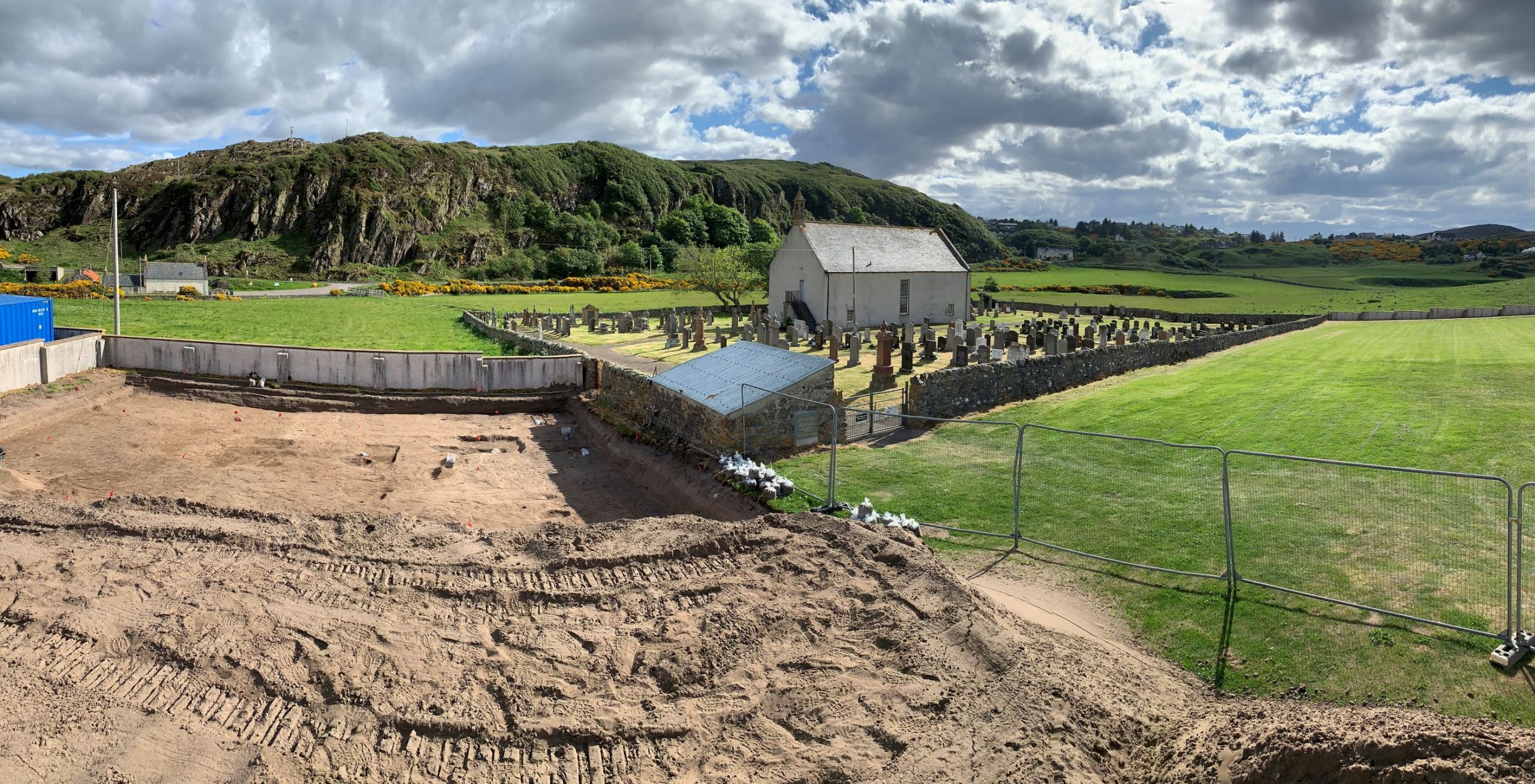 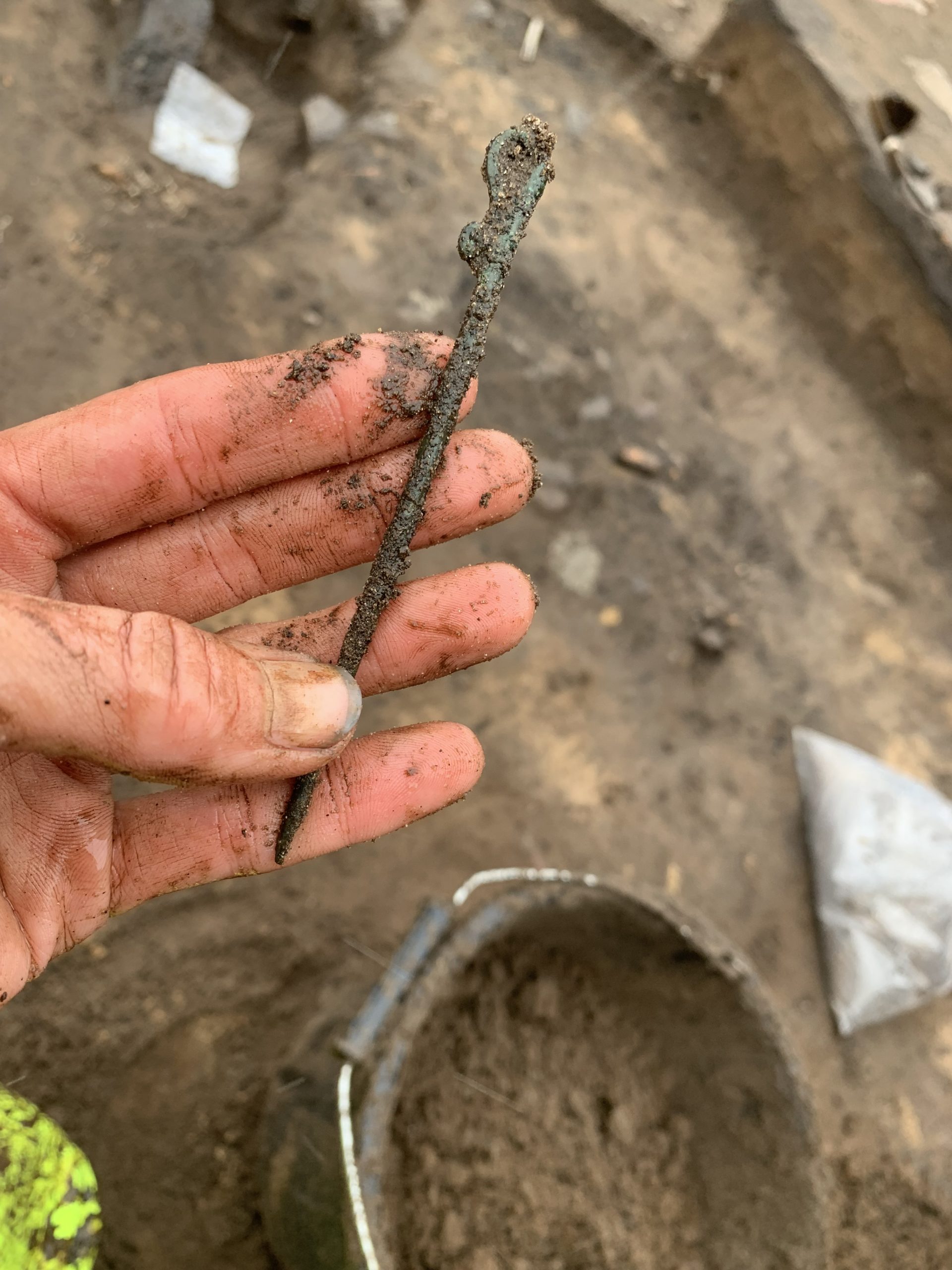 Strathnaver Museum, a popular visitor attraction on the North Coast 500, has been awarded £75,000 from the Wolfson Foundation towards their important refurbishment project.

The community run museum has secured more than £2m in capital funding to refurbish the existing museum, create exhibition and workshop space to the rear of the Clachan graveyard, install accessible interpretation across the site, and deliver community research projects.

The group’s vision is to safeguard the future of the regionally important B listed historic building and the collection it houses while securing its important place in the community. For almost 46 years Strathnaver Museum has played a vital part in the community gathering, interpreting, and sharing the story of northwest Sutherland.

The refurbished centre aims to reveal the depth of human activity in northwest Sutherland over its 8,000 years of human occupation; create an engaging environment for formal, informal and lifelong learning; and improve accessibility to the heritage.

Thought to have been a site of ecclesiastical importance for over a thousand years the building more recently played a key role in the story of the Highland Clearances.

The Farr Stone (c.850AD) sits to the western gable of the building indicating the early Christian significance of the site; while the earliest written record of a church on the site dates from 1223. Recent archaeological investigations as part of planning conditions associated with the work have uncovered a wealth of late Iron Age / early Medieval material including a bronze pin, thought to be ecclesiastical in origin.

The land surrounding the site mark significant historic events that were pivotal to the establishment of Scotland as the unified nation we recognise today. A series of battles, at nearby Dalharald and at Farr close to the manse, between the forces of William and Harald of Orkney were instrumental in driving out the Norse Kingdom in the area to unify Scotland.

In more recent times the building is the site of eviction notices being read out to the congregation at the height of the Strathnaver Clearances in 1819. Later it was where crofters gathered in 1883 to give evidence to the Napier Commission which led to them receiving security of tenure through the Crofters’ Holdings (Scotland) Act 1886.

Tom Mackay, Strathnaver Museum Chair said: “We are delighted to have received this support from the Wolfson Foundation towards our vital refurbishment work. Strathnaver Museum is at an exciting crossroads, where our vision for a refurbished facility offers the opportunity for the museum to secure the future of our important historic building and reimagine its place in the community by expanding the services we can offer”.

Paul Ramsbottom OBE, Chief Executive of the Wolfson Foundation: “Wolfson places a great emphasis on providing funding across the whole of the UK. Strathnaver Museum is a place of significance for Scottish history and is deeply rooted in the community of northwest Sutherland. It is also a place of considerable beauty – and we are delighted to support a refurbishment project that will bring alive both history and location, as well as providing exciting opportunities for the local area.”

The Wolfson Foundation is an independent charity with a focus on research and education. Its aim is to support civil society by investing in excellent projects in science, health, heritage, humanities and the arts.

Since it was established in 1955, some £1 billion (£2 billion in real terms) has been awarded to more than 12,000 projects throughout the UK, all on the basis of expert review.

For more about the background to the Refurbishment Project please see here.