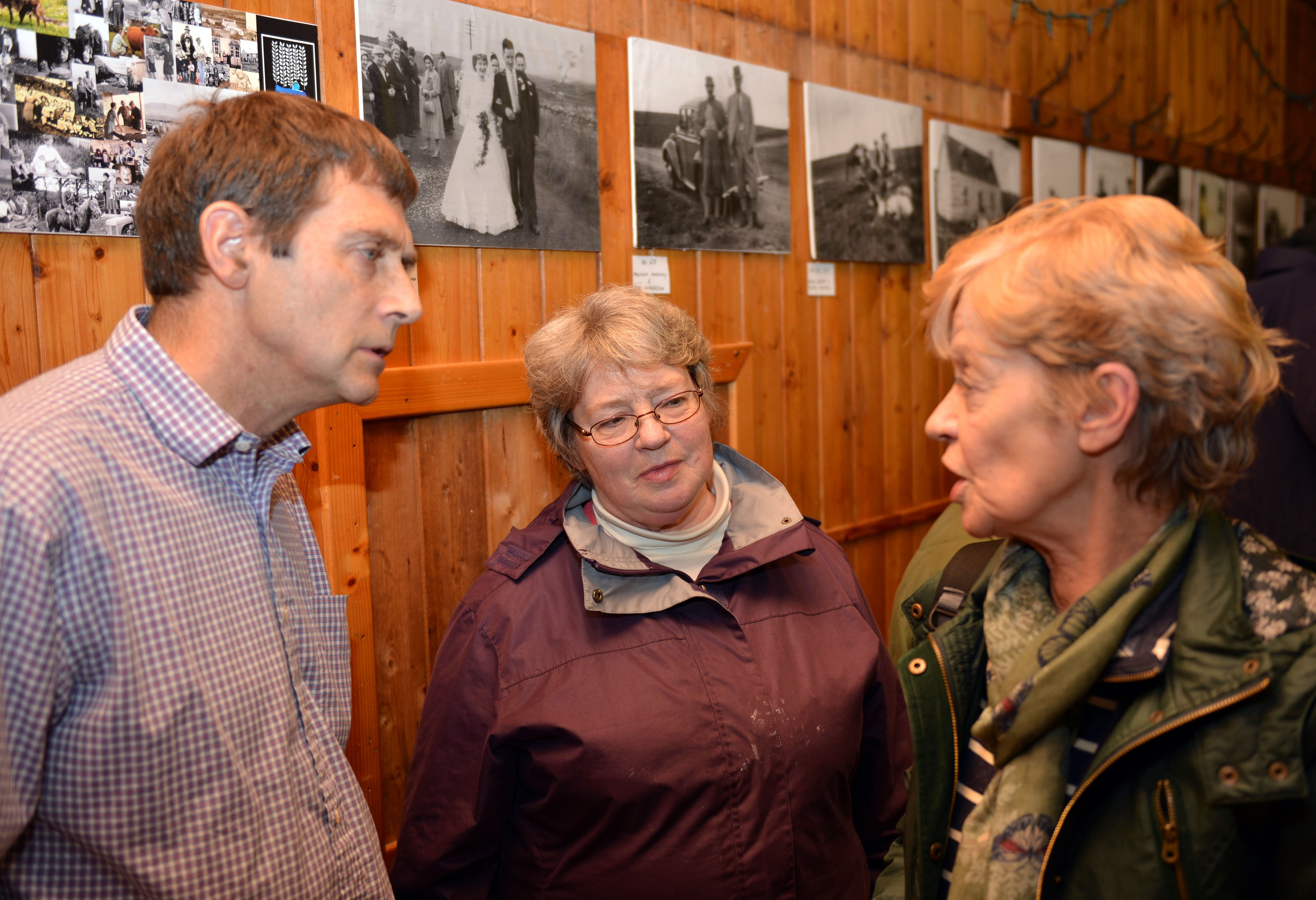 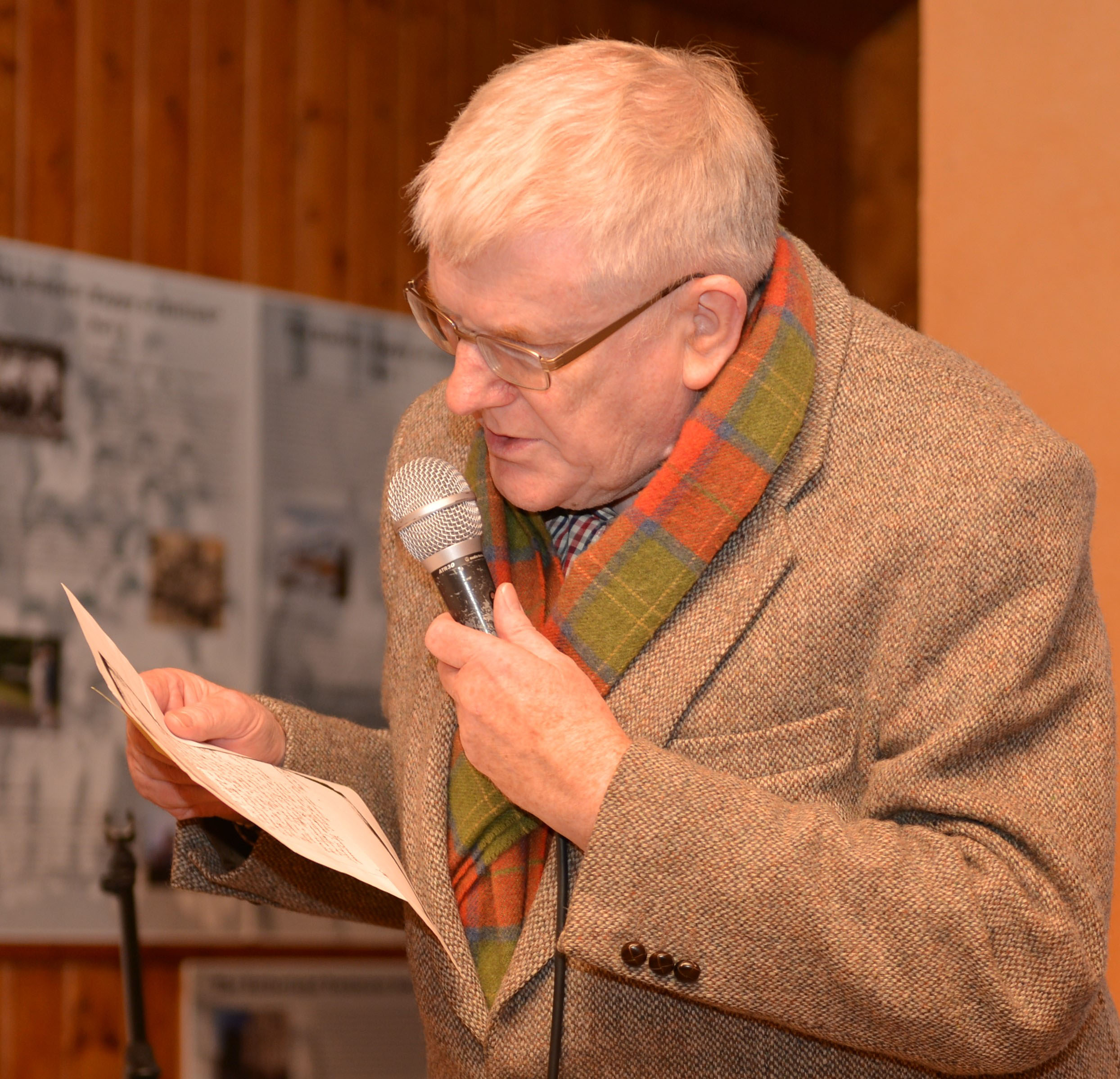 Despite competition from no less than four other events running concurrently in North Sutherland on Saturday (28th November) afternoon, Strathnaver Hall drew a capacity audience from far and wide for a three hour exploration of the history of the resettled strath. Strathnaver is, of course, notorious in Scottish history from events in the few years leading up to 1819 when approximately 1500 people were cleared from its interior and virtually the whole valley placed in the hands of two sheep-farmers, one being the infamous Patrick Sellar. Towards the end of the 19th Century however, the glory days of sheep farming were over and, following the Crofting Acts of 1886, there were increasingly confident and insistent demands for the return of the land to the people. North Syre, part of what had been Patrick Sellar’s sheep farm, was bought by the Congested Districts Board from the Duke of Sutherland and offered, initially as 16 large holdings but ultimately as 29 smaller parcels to ‘applicants of a suitable class’. This ‘hugely symbolic event’ took place in 1900 and the lead-up to it, plus how things worked out over the first ten years, was outlined in graphic detail by historian Malcolm Bangor-Jones, using material from the very extensive Government records which exist from that period. The original intention was that those who took up the holdings would in time become owner-occupiers and loans on what the Government deemed to be favourable terms were made available. (An interesting parallel with our present Government which plans to accelerate private house-building in 21st Century Britain in order to promote a ‘property owning’ democracy.) However, as only one of the holdings had a house on it, the incoming occupiers had to build both houses and steadings before they could properly occupy the ground and, along with breaking in long neglected arable, this was both a back-breaking and expensive task. Many fell quickly in to arrears and eventually, after much acrimonious correspondence and threats to withdraw payments altogether, the Strath’s new inhabitants were allowed to become crofters with the security of tenure that still entails.

Following Malcolm’s address, there was a break for tea and cakes which allowed everyone to take a look round the excellent exhibition of photographs and memorabilia with which every conceivable space was decorated and which had been largely accumulated for a ‘Strathnaver Day’ held in 2012. The afternoon was rounded off with a slideshow and soundtrack compiled by Debasis Biswas, a ghillie on the Naver, and his partner, Strathnaver native, Catriona Macleod. This varied, interesting and moving display, while it included photographs from the early days of the resettlement, focussed more on the 1950’s Strath with pictures of families, events from that time, and characters still vividly remembered. It also incorporated snippets of a crofting way of life which, though well within living memory, is now completely vanished. Such as the occasional horse-drawn implement in use, the building of haystacks and a lady milking her cow out in the park. Then there was the Iron Horse, a two wheeled tractor to which could be attached a variety of implements and which was guided by handlebars resembling an uncomfortable cross between those of a motor bike and the handles of an old horse plough. You don’t see many of them around these days and days of reminiscence as comprehensive and memorable as Saturday’s are equally thin on the ground. However, there is more to look forward to thanks to a grant from SSE’s Strathy North Fund which, as well as financing Malcolm Bangor-Jones contribution, is being used to produce a booklet which will, hopefully, be launched at a similar event planned for August.

Photos: Rosa Sutherland of Inverness, born at number 22, Strathnaver and Barbara Maclean of Clashmore, Stoer, born at Dalvina, both of whom travelled over especially for the event, in conversation with Dr Malcolm Bangor-Jones.

Donald Macleod, whose grand-father, Murdo Macleod who sold his herring boat in Assynt to come to Strathnaver, reads the letter of application his ancestor sent to the Congested Districts Board.