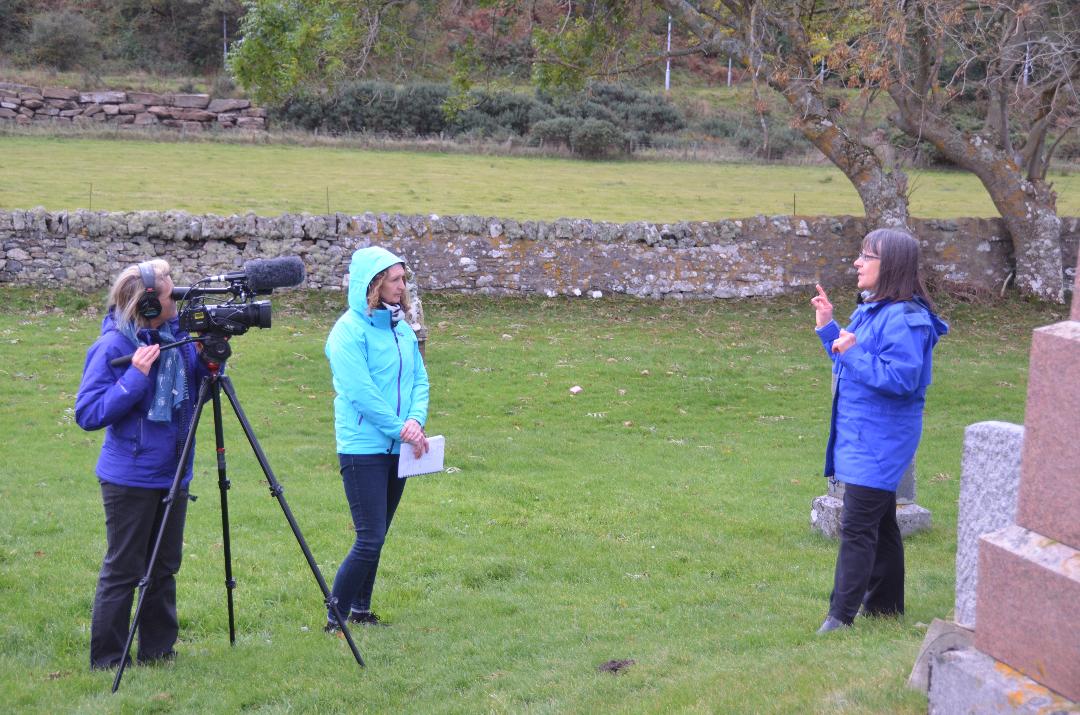 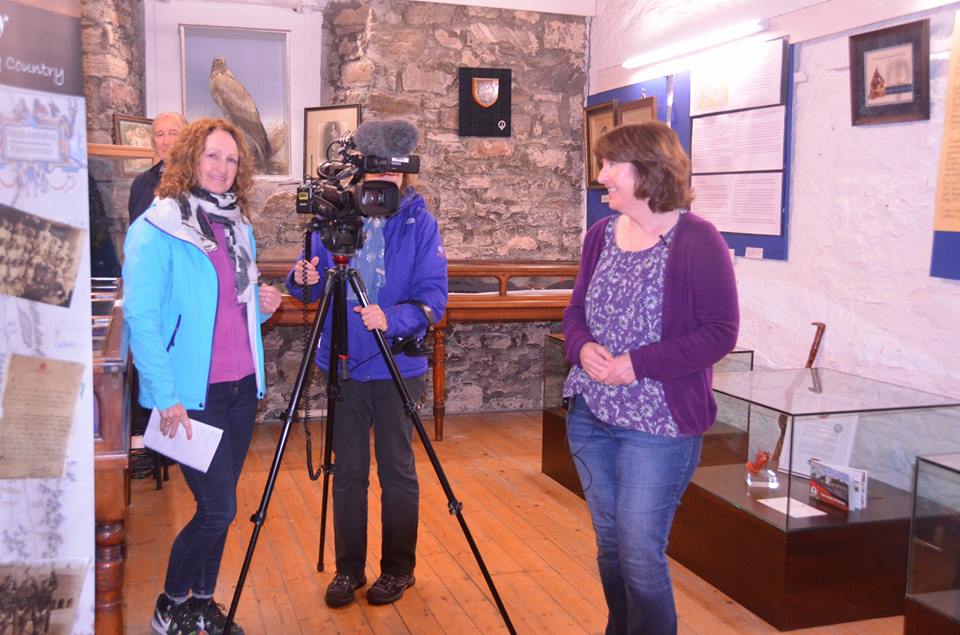 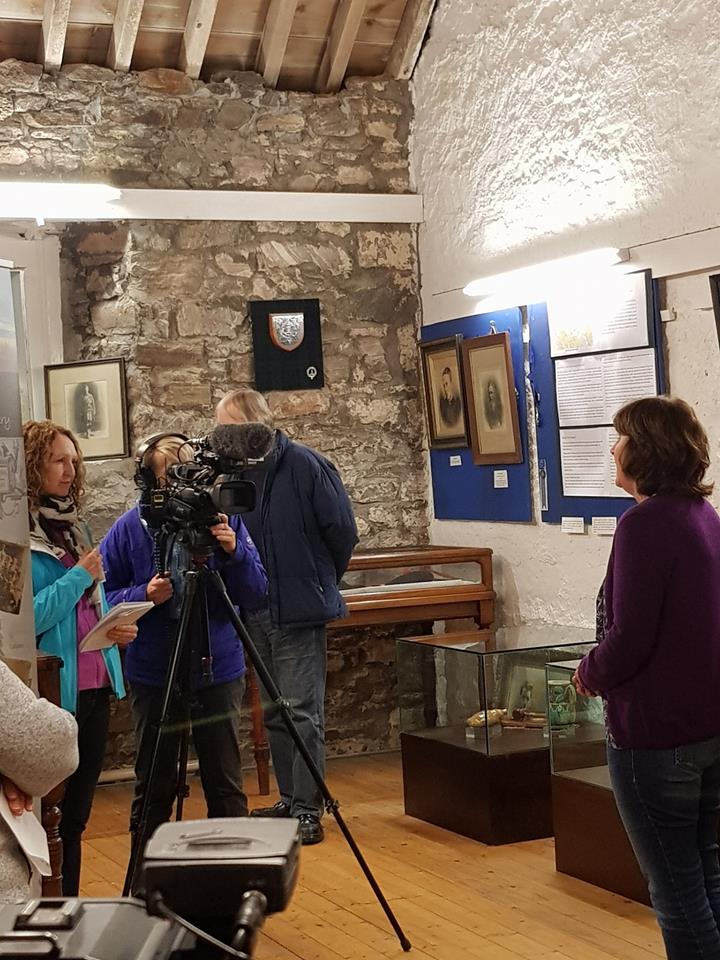 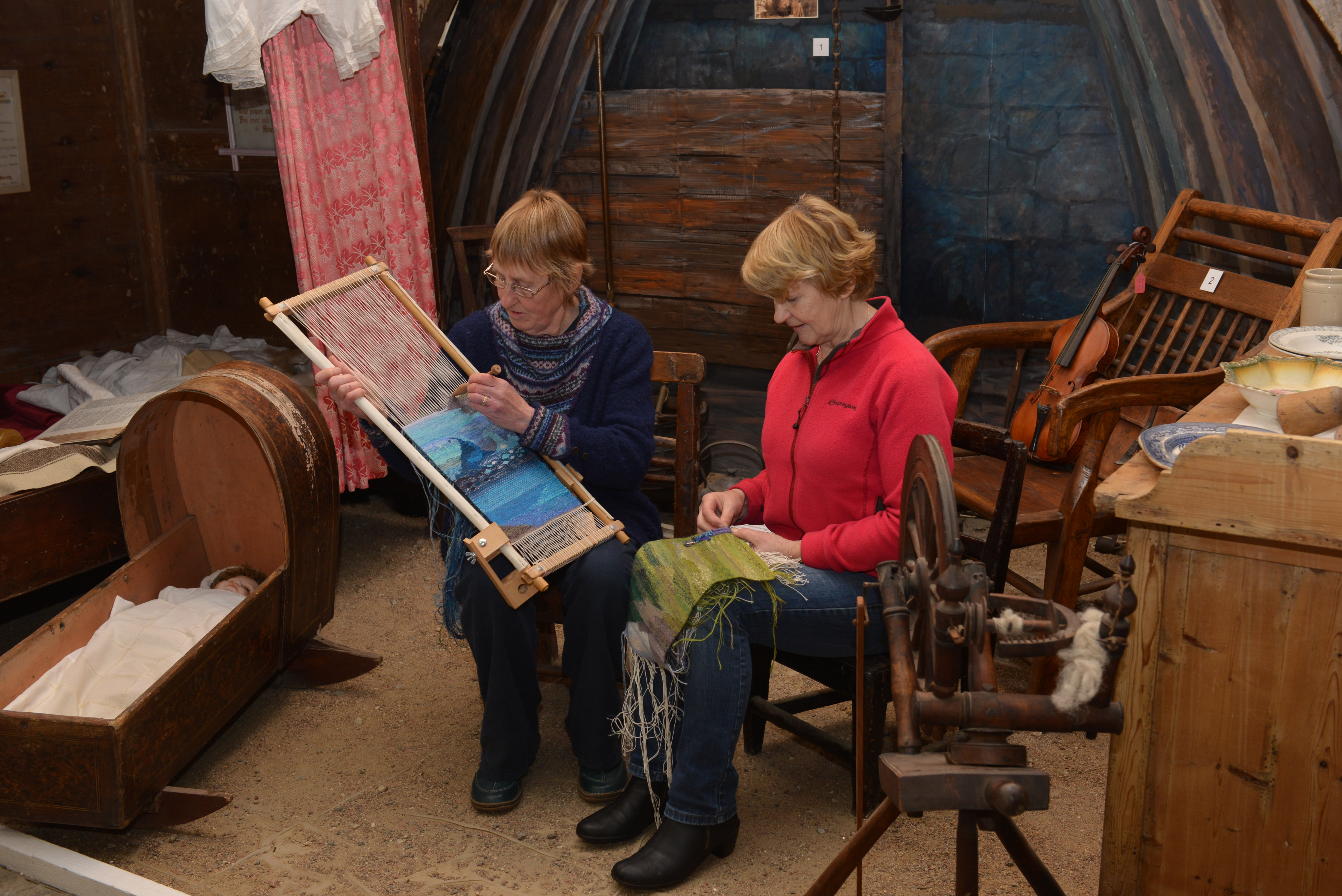 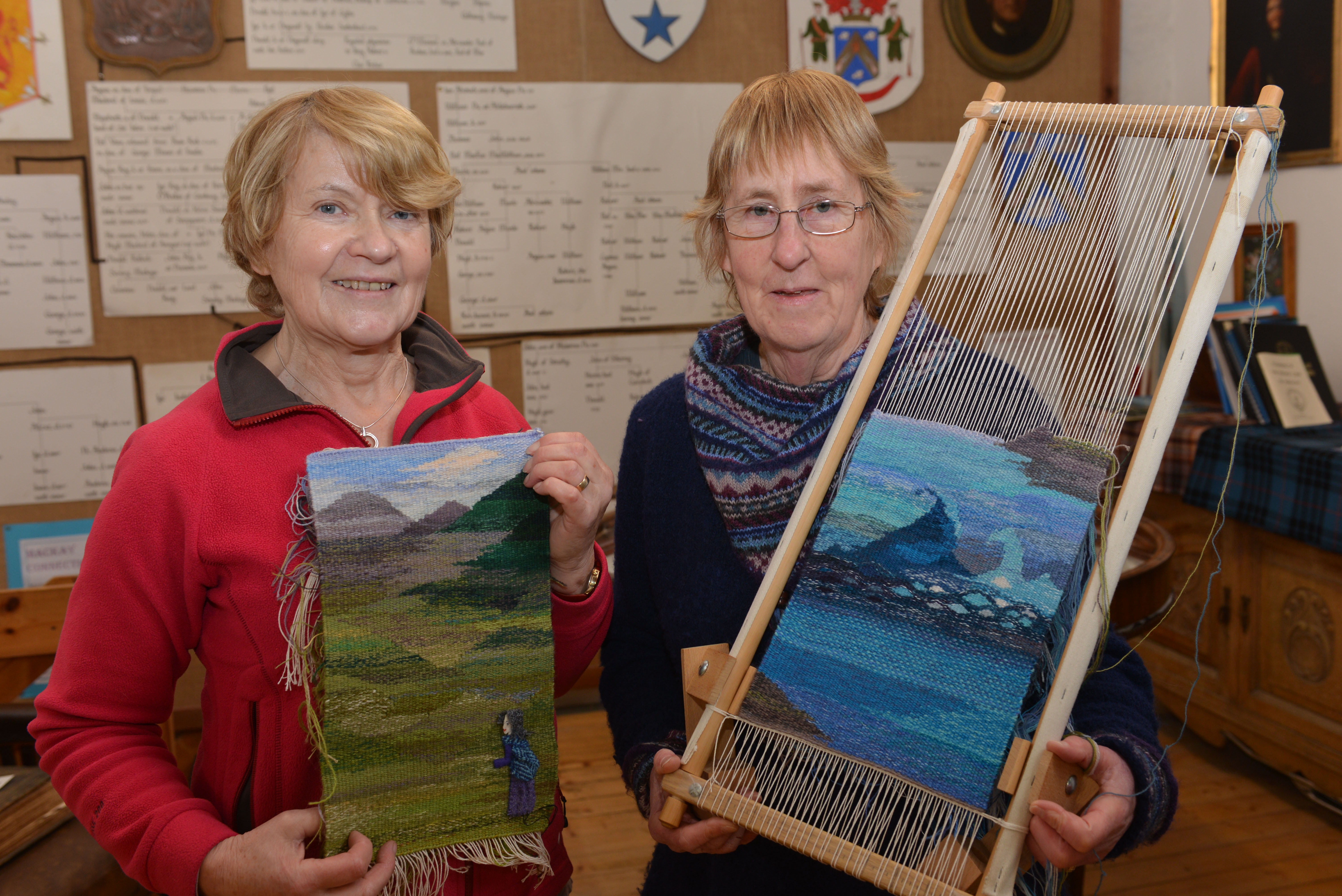 Increasing interest in the Mackay Country Trust’s Rob Donn project was clearly demonstrated at Strathnaver Museum last week with the arrival of a camera crew from BBC Alba to gather information for an item subsequently broadcast on the Gaelic news programme, An La.  Rob Donn Mackay, an 18th Century herdsman and drover who was born and spent almost all his life in the Mackay Country, is widely recognised across the Gaeltacht as one of its most talented and productive bards who, as he lived through a time of great turmoil and rapid change in the Highlands, left an enormous legacy of poetry and song which not only demonstrates his own genius but creates a vivid portrait of the final stages in a vanishing way of life.  Rob Donn’s contribution to Gaelic literature first received scholarly attention at the hands of the late historian, Ian Grimble, whose book, The World of Rob Donn, was first published in 1979 and reprinted in extended form by the Saltire Society in 1999 shortly after Grimble’s death. As Dr. Grimble was also a key figure in the establishment of the Strathnaver Museum, it is highly fitting that the Museum should be coordinating the present celebration of Rob Donn’s life and work, an important element of which comes from further academic attention to the poet recently applied by Dr Ellen Beard, one of those interviewed on the topic at Bettyhill last week and whose own connection to the story is a remarkable one.

Ellen was born and brought up in the USA and spent her working life there as a attorney with US Government dealing with the application of labour laws in areas such as Health and Safety, minimum wages, government programmes and various aspects of work and pensions legislation.  However, when she was a teenager, she was told by her mother that she was descended from a Poet Laureate of Scotland by the name of Rob Donn and this revelation, though it turned out that the bard enjoyed no such title – indeed no such title existed, sowed a seed of interest which has borne fruit over the last eight years.  During that time Ellen has spent two years at Sabhal Mor Ostaig mastering the Gaelic language, followed by six years at Edinburgh University where she has attained an MSc in Celtic Studies followed by a PhD on the works of Rob Donn.  Throughout her life Ellen has developed an interest in music and, in her doctoral thesis, has used this expertise to help in analysing the works of the great poet.

Rob Donn was illiterate and, as a consequence, did not have access to the drafting and redrafting of his creations which is the modus operandi of the literate writer.  Everything that he composed had to be worked, reworked and recorded inside his own head and, as even when this work was complete he could write it down, it could only be passed on through performance. As he produced over two hundred poems in his lifetime, a great many of which were songs, this is a stunning achievement.  A key topic in Ellen Beard’s thesis is Donn’s use of music, a significant proportion of which he composed himself, and this, she argues entirely convincingly, adds further evidence of his amazing intellectual capacity as, while writing verse to a pre-existing tune can be a crutch to memory and an aid to invention, the act of simultaneously composing a tune to meld with the words takes the compositional skills required to an even higher level.  In her thesis, Ellen has translated a hundred of Rob Donn’s poems, many for the first time, and her ambition is to create and publish from this a Rob Donn songbook which will make a major part of his work accessible to a wider audience.  Currently resident in Sangobeg, the area of Durness from which her ancestors, descendants of Rob Donn, left in the 1880s for Chicago via Glasgow, Ellen will no doubt be active in other aspects of the project given the expertise she has acquired over the last few years.

Others involved in the BBC Alba recording were Christine Stokes from Tongue, a classroom assistant in Farr High School, who has also been studying Gaelic over many years, and who discussed how the poetry of Rob Donn was eventually preserved for prosperity largely through a daughter of the Reverend John Thompson who was instructed by her dad to write down the poems as the bard recited them – which must have been quite a task in itself. Bettyhill native, Tommy Mackay, himself a learner of Gaelic, represented Strathnaver Museum as Chair of its governing body.

Meanwhile preparations are going ahead for the establishment of a Rob Donn Trail which will extend across the entire Mackay Country from Scourie to Melvich with a series of plaques at appropriate locations extolling the work of the poet at specific places on which he made commentary.  That is targeted for completion in late 2018 but, before that, Threading Donn, a textile based project to produce illustrative wall hangings, is scheduled for completion by the end of this year.  Other elements, including a web site and blog, are hovering in the ether while in Recreating with Rob Donn the Museum has recruited ten artists, largely local to Sutherland and Caithness, to add their visual commentary to his work.  So there’s lots more to come in the world of Rob Donn.

The Rob Donn Project has been financed from a variety of sources including £36,200 from the Heritage Lottery Fund, £7,720 each from the Caithness and North Sutherland Fund and SSE Strathy Community Fund, a further £5,400 from the Stones and Bones Programme celebrating Scotland’s Year of History, Heritage and Archaeology and £8,000.00 from Strathnaver Museum and Mackay Country Trust towards the Recreating Donn Artists Programme. Left to right – Mrs Jane Kitchener and Mrs Libby Mackay in Strathnaver Museum each working on an A3 size panel for a 36 panel tapestry scheduled for completion as part of the Rob Donn Project by the end of November.  Jane’s weaving depicts a poem  describing a voyage to Stornoway undertaken by the poet together with George, laird of Handa Island. Rough weather was encountered but the welcome in Lewis was wonderful.  The poem is noteworthy for Donn’s stringing together of adjective after adjective, a thoroughly modern poetic technique.  Libby is working in applique portraying Isobel Mackay, younger daughter of Iain Mac Eachainn, Rob Donn’s first patron, in which Isobel extols the virtues of the hills and high pastures of Strathmore by comparison with the markets of Thurso preferred by her elder sister Mary. There are around twenty other ‘threaders’ working on this project across the Mackay Country from Strathy to Kinlochbervie and beyond.